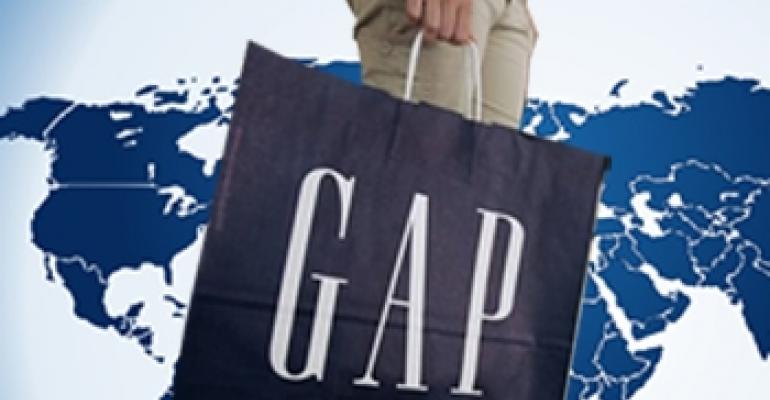 After a few tough years, Gap Inc. may have found the right turnaround strategy.

Gap’s plan, as was laid out by CEO Glenn Murphy during the firm’s first quarter earnings call in May, is to concentrate on its value-based businesses (including its outlet and Old Navy divisions), grow its online sales and continue to expand internationally.

To that end, last year the Gap launched its Web site in 90 new countries and opened its first locations in China and Italy—some of which have already become among the highest-performing locations in the firm’s portfolio.

When it comes to its flagship brand, Gap plans to close up to 200 full-line Gap stores over the next two years and cut the square footage at all of its wholly-owned stores by approximately 2 percent, after already reducing the fleet by 2 percent in 2010. As of the end of the first quarter, the company operated 37.8 million square feet of retail through its wholly-owned units. It ran a total of 3,245 stores, including franchise locations.

Within the Old Navy division, Gap plans to reduce the overall square footage of the concept by switching to smaller-format stores. In addition, the company will open between eight and 10 Athleta stores this year, the women’s athletic apparel concept Gap acquired in September 2008. (The brand previously exclusively sold goods online, but Gap launched a bricks-and-mortar operation that has since become one of its better performing divisions.)

The majority of the 75 new stores the Gap plans to open in North America in fiscal 2011 will be outlet stores rather than full-line locations. The retailer also wants to grow its online business.

What it all adds up to is that, if the firm’s strategy works, owners of class-A malls will end up with a stronger tenant, while those with class-B and class-C properties may face the prospect of Gap shuttering locations.

“I would say in terms of turning themselves around, Gap is just rounding first base,” says Craig Johnson, president of Customer Growth Partners, a New Canaan, Conn.-based consulting firm. “They are still overstored and over-square-footed. They began to shrink their fleet and have made progress there, but they still have a long way to go.”

The recent developments are welcome news for a company that served as the poster child for what ailed U.S. specialty apparel chains during the past decade.

For a while, it seemed the retailer didn’t know which way to turn as it struggled with design issues, closed hundreds of stores and at one point, contemplated putting itself on the block.

The turning point may have come in 2010, when Gap finally started posting increases in same-store sales and shrinking its Old Navy square footage.

“There has been somewhat of a decline of class-B and class-C malls and they don’t necessarily need to have a Gap in these,” Solomon says.

That’s not to say that all of Gap’s troubles are behind the firm.

Gap’s fashion choices have been criticized for being too similar to a number of other specialty apparel chains, according to analysts from Chicago-based Morningstar. That is particularly troubling since the U.S. market has seen the proliferation of fast-fashion retailers, including Zara, H&M and Forever 21. Those firms have gained market share at the expense of Gap.

The competition with the fast-fashion chains is likely to be even more fierce in overseas markets like Europe and Asia, where consumers tend to be more fashion-forward than in the U.S., warn Morningstar’s analysts.

“Although Gap has gained some initial popularity in select markets in Asia by marketing Western [apparel] to consumers, we believe it will have to work hard to retain these customers by differentiating itself from existing casual apparel brands in the region, such as Giordano and Uniqlo, which have 1,800 and 800 stores, respectively,” they wrote in a May 24 note. “In our view, Gap will have to offer something unique and constantly keep up with the latest trends in different regions in order to attract customers into its stores.”

As a result, Johnson cautions that Gap should approach international expansion carefully, first focusing on fixing its merchandising problems.

Even putting aside fast fashion retailers, Gap has struggled to differentiate itself from its closest peers in the U.S. apparel market. J.Crew, for example, has been “out-Gapping Gap” for some time, says Solomon.

Gap’s problems have been compounded by the fact that it has locations in virtually every mall in the country.

“If you have unexceptional product and you have 400 units it’s one thing,” Johnson notes. “But if you have 1,500 units, it s a different issue. Gap suffers more because of its size.”

He believes that Gap would be better off operating 700 stores under its namesake label in the U.S., and adds that Old Navy could stand to cut the bottom 5 to 10 percent of its store fleet.

Full-line Gap stores present the biggest issue for the company from a merchandising and design standpoint, according to a May 17 note from J.P. Morgan analyst Brian J. Tunick. While Old Navy has had a rough couple of months of late, Tunick feels its repositioned focus on younger and minority consumers should help it in the long run. He also notes that smaller footprints at remodeled Old Navy stores have made the stores more profitable, and that’s a strategy Gap Inc. plans to pursue going forward.

Often, Old Navy stores take up two levels in a mall, when they only need one, adds Johnson.

He notes that the company’s desire to put more energy into the outlet business is sensible given the current popularity of the outlet format, but cautions that even in that space the Gap already has a visible presence.

“The outlets can be at least a modest source of growth,” for them, Johnson says. He estimates there might be room to open an additional 20 to 30 stores in the United States.

The key to getting ahead, however, should still be merchandising.

The Gap has an advantage over some of its competitors in that it operates a very well-known brand, according to both Johnson and Solomon. It now has to come up with products that will live up to its considerable brand equity.