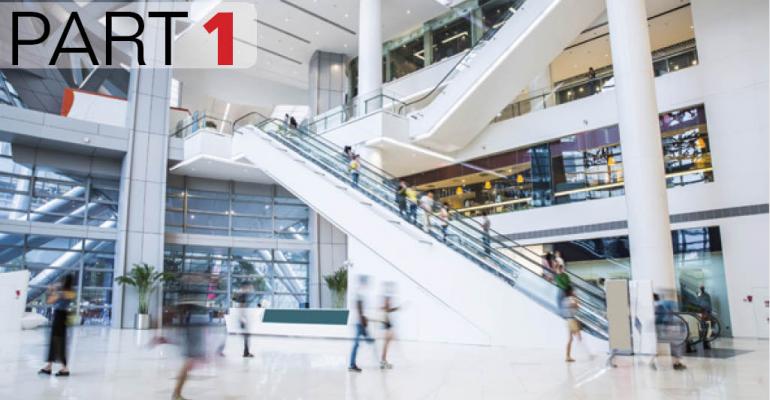 Respondents had more muted expectations on their own regions, however. When asked about the outlook for occupancy rates within the regions where they operate, 54 percent said they expect increases, 36 percent expect no change and only 9 percent expect decreases.

“We are in a landlord’s market due to the lack of development,” he says. “Supply constraints from tighter construction lending criteria mean corporate demand will increase with continued U.S. economic outperformance and bid up the current supply. How much more these rents can be bid up is the question? We are getting closer to the break even point in many markets where the rents justify the decision to develop new properties.”

“We expect occupancy rates to rise over the next few years by about 50 to 100 basis points, as small-shop space offers opportunity for growth and overall our portfolio is dramatically higher quality and has a higher peak occupancy rate,” he says.

Jack Kern, director of research and publications with Yardi Systems, echoes the results and says there is little danger of overbuilding in the sector.

“The state of development in retail development is fundamentally sound. I do not believe there is overbuilding in all but the most unique areas,” he says. “Many of the largest projects develop a huge amount of new space that will take time to be absorbed but it should proceed at a normal pace. There is a shortage of retail in many under-served communities. Additional construction is a positive trend.”

DDR’s Petherbridge agrees, “We see very little new development happening currently, and view that as an appropriate amount after excessive retail development occurred prior to the recession.”

“We expect rental rates at A and A+ retail centers to increase over the next year because of the high occupancy levels and relative lack of new construction. The level of increase will depend upon the subsector,” says John Ragland, senior director and head of retail asset management with TIAA-CREF Global Real Estate. “The best quality malls in the coastal markets are likely to show the strongest rental gains.”

“We expect rents to climb due to demand exceeding supply in the retail sector,” adds DDR’s Petherbridge. “In the first quarter of 2015, for example, we generated new leasing spreads of 26.9 percent on a pro rata basis.”

Next Part 2 of 3: Breaking the Bank