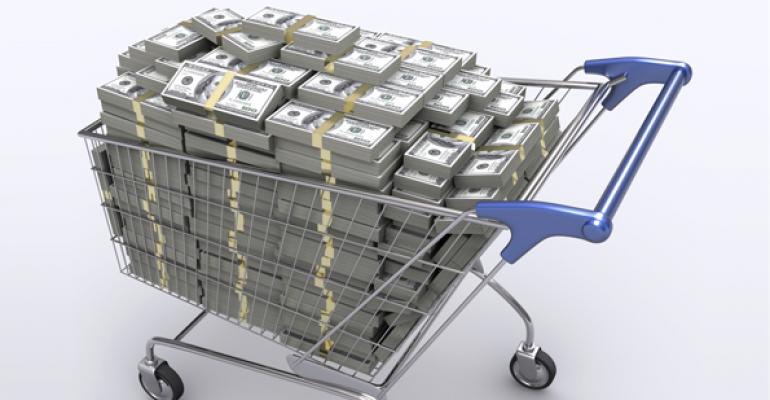 Private equity money is back and it’s going after retailers, according to recent reports by research firms PwC and Preqin.

Private equity deal flow in North America reached a four-year high in 2012, with 1,590 transactions valued at more than $152 billion, according to London-based Preqin. At the same time, the volume of mergers and acquisitions in the U.S. retail and consumer sectors valued at more than $50 million rose 20 percent last year compared to 2011, according to PwC’s “US Retial and Consumer M&A Insights Report.”

PwC estimates that private equity buyouts of retailers made up 40 percent of overall retail deal volume in the U.S. for transactions larger than $50 million.

Given continued low interest rate environment and the money bags laying at private equity’s feet (Preqin estimates that on a global basis private equity currently holds $357.9 billion in cash reserves), there will likely be strong buyout activity in the retail sector in 2013.