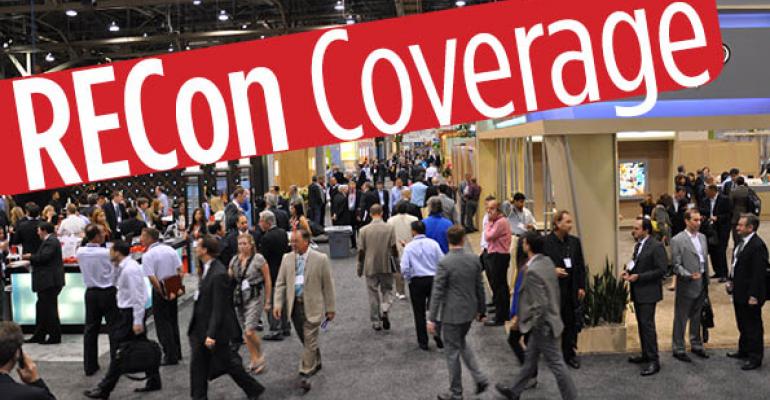 It’s possible to have too much of a good thing, as commercial real estate professionals can attest. A fair number of attendees at the 2015 RECon show is talking about how the influx of investment capital into the U.S. real estate market and uncertainty surrounding the next interest rate hike have combined to make owners hold on to their assets far too tightly.

Almost every executive NREI spoke to expressed a desire to buy new properties while the economy is on an upswing and financing costs are low. The challenge is that with so many companies competing for assets sellers are afraid to sell too low and leave money on the table, according to Derrick Moore, principal in the retail division of commercial real estate services firm Avison Young who specializes in the Los Angeles market. Now there is a sort of standofff between owners holding out for higher bids and buyers unwilling to pay prices that may not make sense in the long term.

In Los Angeles, “there is so much interest, pricing is escalating daily,” Moore noted. “We have a lot of class-B and class-C buildings that have been largely empty for decades and new developers want to come in and redevelop them into new uses, but there is no consensus on pricing.”

His colleague Christopher K. Cooper, a principal and managing director with Avison Young, acknowledged that he’s starting to worry about a potential bubble forming. “People need to keep pricing in line with rental rates,” he said.

Both the lack of available properties and the ever-decreasing cap rates in primary markets are driving a greater number of investors into secondary and tertiary cities. For example, Thomas P. McGuinness, president and CEO of InvenTrust Properties, an Oak Brook, Ill.-based self-managed REIT, noted that even hough the Pacific Northwest may offer attractive fundamentals, the pricing there has become too expensive for InvenTrust’s purposes. Instead, the REIT has been looking at acquisitions in markets such as Denver.

When it comes to well-located, well-leased shopping centers, however, cap rates are rather low even in markets some may view as secondary or tertiary, McGuinness added.

“The delta isn’t as much as people think, it’s maybe 50 basis points,” he said.

So far, there is no consensus on whether the market is nearing bubble territory. Joe Cosenza, vice chairman with the Inland Real Estate Group of Companies Inc., pointed out that even though today’s cap rates “stink,” the availability of cheap financing helps make them palatable. Rick Sharga, executive vice president with Auction.com, an online marketplace for real estate acquisitions and dispositions, also said that he’s “not terribly worried,” as interest rates are historically low and the national market is still not as heated as it was between 2003 and 2007. (Sharga did note that conditions are becoming frothy in specific markets, including Northern California, Austin, Texas and New York City). And Matthew B. Winn, COO with Olshan Properties, a New York City-based privately owned development, acquisition and management firm, argued that with real estate emerging as a third major asset class for institutional investors, in addition to stocks and bonds, the underwriting rules for commercial assets have changed.

On the other hand, Andrea Olshan, CEO of Olshan Properties, believes the industry is getting into “bubble mode.”

“This is historic in terms of pricing in every single asset class,” she said. “We’ve never had the type of institutional investment in real estate like we’ve had recently. We have so many funds, with so much money, and so few deals being done that investors like TPG are buying whole companies.”

Mark Macek, president of Macek Companies Inc. and 2015 CCIM president, agreed that not all economic indicators have been positive enough to support the continued cap rate compression in the commercial real estate space. And as more investors move into secondary and tertiary markets, the risks will naturally increase. Some less experienced buyers may not look closely enough at the operating costs or capital costs that may come with their new assets, he warned.

Whether the industry is nearing a bubble or not may be a “grey area,” but “investors need to fully understand what it is they are buying, what the financial mechanics of their properties are,” Macek noted.