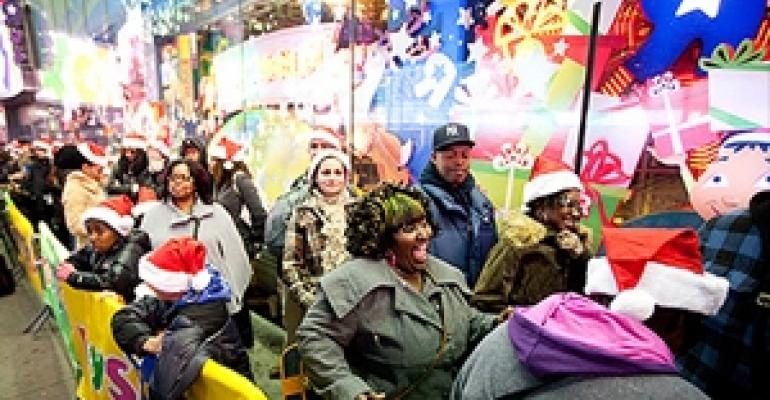 Retail Industry Expecting the Strongest Holiday Season in Years in 2012

With Black Friday arriving early this year and retailers including Wal-Mart Stores Inc., Target Corp., Sears and Toys ‘R’ Us, already announcing controversial Thanksgiving night store openings, it’s time to discuss expectations for the all-important holiday shopping season. Judging by early forecasts, the 2012 holiday season might turn out to be the strongest in years, with preliminary surveys showing that consumers plan to spend more on gifts this year than they did in 2011.

A holiday survey released by ICSC and Goldman Sachs on Nov. 14 found that 19 percent of respondents planned to spend more on gifts this year than last, with an additional 5 percent planning to spend “substantially more.” Toy/game and apparel retailers should see the largest share of those dollars, with 14.1 percent of shoppers indicating they will buy those products. Gift cards will also be a popular purchase this year, with 21.3 percent of survey respondents saying they will give them as gifts.

A survey conducted by the National Retail Federation, which included 9,383 people, found that shoppers plan to spend on average $156.86 on gift cards in 2012, the highest amount since NRF began administering the survey 10 years ago.

ICSC estimates that in November, same-store sales excluding drug stores will grow between 4.5 percent and 5.5 percent.

At the same time, the Discover survey found that consumers won’t be giving up their attachment to value pricing. A full 75 percent said they will research prices online to find the best deal before making a purchase, and 63 percent plan to take advantage of perks like free shipping to cut down on holiday spending. Another survey, conducted by the global consulting firm Deloitte and encompassing 5,089 people, showed that 71 percent of shoppers are more likely to buy merchandise from online retailers that offer free shipping and 38 percent expect bricks-and-mortar stores to match online prices.

Deloitte predicts that total non-store sales, encompassing online, mobile and catalog channels, will grow 15 to 17 percent this year. In contrast, total bricks-and-mortar sales will likely grow between 3.5 percent and 4 percent during the period from November through January. This will be down from growth of 5.9 percent last year.

ShopperTrak, a Chicago-based traffic counter, forecasts that while overall shopper traffic will increase 2.8 percent in November and December compared to 2012, traffic at electronics and appliance stores will decline 8 percent.

Kantar Retail, a Columbus, Ohio-based retail consulting firm, also predicts that non-store sales will outpace bricks-and-mortar sales by a mile, with year-over-year growth of 12 percent. Bricks-and-mortar same-store sales are forecast to grow only 2.9 percent. The trend will likely have the greatest impact on electronics stores, while value retailers should continue to outperform their peers.

Excluding food and drug retailers, Kantar researchers expect to see overall same-store sales growth of approximately 4.3 percent in the fourth quarter of 2012, down from 6.5 percent during the same period last year. However, the decline will be in large part due to lower price inflation, they report.

In addition, sales growth will be impacted by fewer instances of extreme discounting, according to FTI Consulting Inc., a global business advisory firm. In the past few years, many retail chains resorted to drastically slashing prices in order to get consumers into stores, only to find that the strategy hurt their profit margins.

FTI forecasts an increase in holiday spending of 4.5 percent this year.