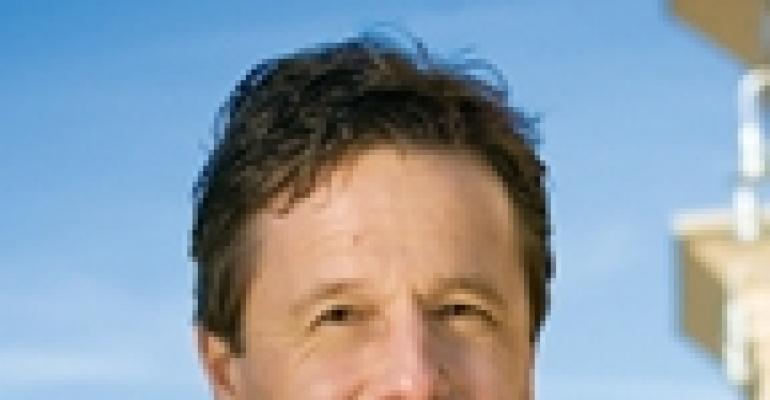 Terry Brown could never be accused of being pollyannish about the health of the U.S shopping center industry. The chief executive of Edens & Avant says America is over-retailed — “we don’t need 25 square foot of gross leasable area per person in the country, that’s ridiculous” — and that a stubbornly high unemployment rate of 9.9% nationally threatens sustained growth in retail sales.

But privately held Edens & Avant, which develops, owns and operates community-oriented shopping places in primary markets on the East Coast, isn’t remaining idle. The Columbia, S.C.-based company whose portfolio includes 140 centers in 14 states, is about to break ground on a 500,000 sq. ft. Target-anchored shopping center at the intersection of Lee Highway and Gallows Road in Fairfax County, Va.

It is also in the midst of redeveloping several older shopping centers in its portfolio, including Merchant’s Walk in Marietta, Ga., set to be completed by early 2011. A new Whole Foods Market will complement existing retailers Old Navy, Kohl's, Stein Mart, PetSmart and a movie theater.

On Sunday, the opening day of the International Council of Shopping Centers annual convention in Las Vegas, NREI spoke with Brown on the show floor about the company’s strategy as well as the current retail climate.

NREI: How is your portfolio performing, and what is your assessment of the retail market today?

Brown: Foot traffic has definitely picked up in our centers, and retail sales have picked up a bit. Our occupancy at its peak was around 96%. It troughed to around 92%, and has been hovering at that level. We might hit 93% by the end of the year.

Over the last 60 days, retail sales for virtually every retailer have been positive in terms of same-store comparables. But that’s compared with first-quarter 2009, which probably was one of the worst quarters of the last 80 years. So, retailers are still very cautious.

The last few weeks have served as a reminder. The stock market was down 900 points [in intraday trading], then up 300 points. There is still a lot of uncertainty surrounding the debt crisis in Greece. It’s hard to find an employment report from any economist that shows something under a 9.5% unemployment rate in the U.S. at the end of 2011. There have been 8 million reported jobs lost since the recession began in December 2007. We’re not going to get sustained growth in retailer sales until we put people back to work.

I know that consumer confidence is up, consumer sentiment is up, and net worth is up, but 10% of the workforce unemployed is a big number. We think that we’ve troughed in every single market including Florida at this point, but we see this being a rocky, long, extended recovery.

NREI: What is the sweet spot for Edens & Avant when it comes to site selection?

We want to own a 30-year-old or 50-year-old shopping center that we can continue to transform, to reinvent, to re-merchandise, to continue to make it more relevant. We don’t have time to change shopping patterns.

NREI: Against that choppy economic backdrop you paint, what is the near-term strategy of Edens & Avant?

Brown: The most important thing is filling your spaces and drawing foot traffic. Our redevelopment pipeline seeks to create a place for the neighborhoods to congregate and spend time. To use a line from the Internet world, we’re trying to make our shopping centers more sticky. We’re trying to keep people at our shopping centers. There are more events, more benches and more landscaping.

We’re working with our retailers to make sure they understand how they can use Twitter and Facebook to drive sales. We’re doing neighborhood promotions in a lot of cases. We will work with our best retailers to keep them in their spaces.

NREI: Can you compare and contrast the capital markets today versus a year ago?

Brown: The capital markets are clearly much better. For big companies with conservative balance sheets, with flexible balance sheets, there is plenty of capital available. We finance our company largely on an unsecured basis. We can do unsecured bank notes. We’re going on the road to raise $200 million from unsecured lenders (insurance companies) in a couple weeks.

The markets clearly are open to all the public companies and the large, well-capitalized private companies. The markets are not open at all for undercapitalized, smaller private companies. For investors who finance their properties one at a time, who go to the bank and put 70 percent leverage on a property with one asset secured, it is tough sledding.

NREI: Do you see that situation improving anytime soon for the smaller buyers?

Brown: I think capitalization rates (the initial return to an investor based on the purchase price) have compressed. Over the last three to six months, cap rates in our sector have moved 75 to 100 basis points, so that helps a lot.