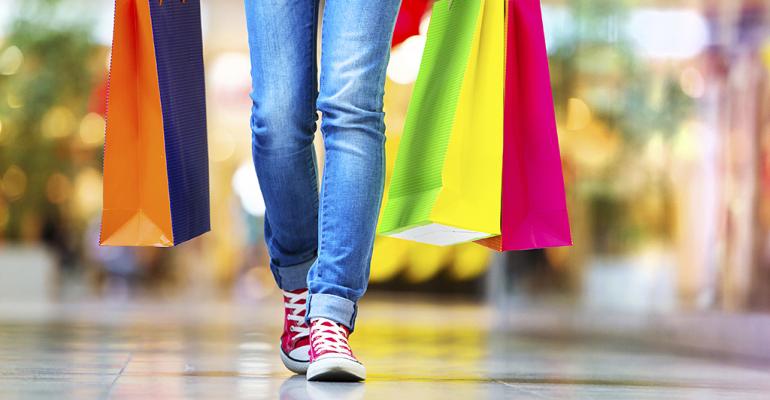 The holiday shopping period of 2015 ended with same-store sales that ticked up 3.3 percent, according to the SpendTrend report from First Data, a firm that provides technology solutions for commerce transactions, and while an increase is still a win, the season could have been a lot more jolly for retailers.

It came as no surprise, then, when about 30 retail chains, including Office Depot/Office Max (400), Walmart (154) and Macy’s (36) announced a total of 2,282 store closings for 2016 and beyond, according to a roundup from About Money. In the larger picture, however, the store closing estimates for 2016 underscore the idea that retailers know which locations no longer contribute to the success of the company, well before the jingle of holiday bells.

“Close to 50 percent of announced store closings happen in the first quarter of the year,” says Jesse Tron, vice president of communications for ICSC, which tracks announced store closings in its U.S. Retail Real Estate Supply Conditions Report, along with PNC Real Estate Research. “Pruning stores is a cost-cutting measure, particularly when the fourth quarter does not go the way that retailers were hoping for. But right now we are in an environment where vacated space is being snapped up by other retailers.”

The Supply Conditions Report identified 5,100 locations as going dark in 2015.

As retailers rebalance their portfolios of physical locations, they are adapting to the realities of operating in an omni-channel business. As foot traffic at traditional malls and strip centers ebbs, and shoppers make an increasing amount of purchases online, retailers are providing services that complement online shopping, like in-store pickups and returns.

First Data found that e-commerce accounted for 20.2 percent of full holiday season sales in 2015, compared with 18 percent in 2014, in a sign that it’s continuing to increase its share of the retail market.

These are the laments that retailers sometimes discuss with property disposition and solutions companies like New York-based RCS Real Estate Advisors. Retailers cannot help but weigh the impact of retail sales against the costs of maintaining physical stores, which include contractual rent increases.

“Internet sales are increasing and are sustaining the companies,” says Ivan Friedman, president and CEO of RCS Real Estate Advisors, a retail real estate advisory firm that specializes in build-outs, lease negotiations and property dispositions. “Yet I don’t know of even one healthy company that wouldn’t love to close a bunch of stores.”

Some retail sectors have been hit harder than others recently.

“We are continuing to see trouble in mall apparel and apparel in general,” says Brooke Horn, director of business development at DJM Real Estate, a real estate advisory and consulting firm and a division of Gordon Brothers Group. “When a department store pulls out of a mall, it deeply affects other tenants’ traffic and sometimes will have a domino effect on the remaining retailers.” Alternative retail concepts like bowling alleys and restaurants—anything that draws the crowds—can impact the life and vitality of a center, Horn notes.

Ready for the challenges ahead

Despite all of these challenges, or perhaps spurred on by them, retailers continue to look for ways to increase sales and shore up the value of operating bricks-and-mortar stores.

In a trend that began around 2012, retailers opened their stores on the evening of Thanksgiving Day, to extend the shopping season and boost sales for the period, according to SpendTrend’s analysis. Also, for now, just 7 percent of all retail sales overall, regardless of the time of year, occur online, ICSC’s Tron notes.

Perhaps in a vote of confidence in physical stores, a number of e-commerce retailers have subsequently graduated to opening physical locations. Warby Parker, which originally found its niche selling eyeglasses online, opened shops in Baltimore’s Harbor East, Nashville and Brooklyn, according to news reports. JustFab, Inc., which owns the online fashion athletic brand Fabletics, opened six stores in General Growth Properties malls by October, according to Women’s Wear Daily. The brand’s push into the physical space came just ahead of the holidays.