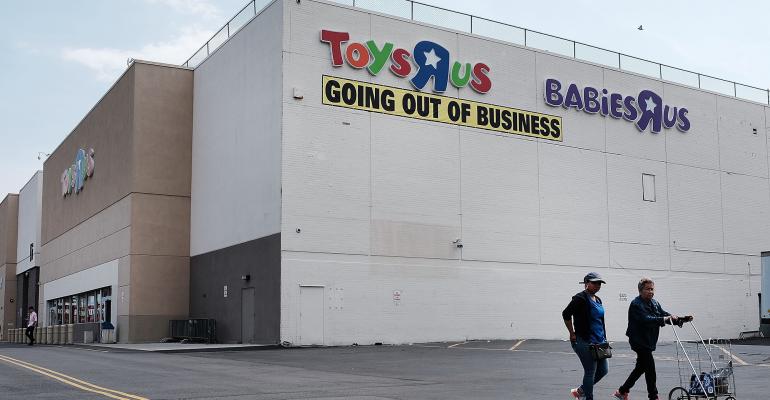 The Minnesota State Board of Investment decided last week to temporarily halt future commitments to KKR as it reviews the investment.

(Bloomberg)—KKR & Co.’s leveraged buyout of Toys ‘R’ Us is coming under scrutiny by state pension funds that are questioning the private equity firm’s role in the bankruptcy of the world’s largest toy retailer.

The Minnesota State Board of Investment decided last week to temporarily halt future commitments to KKR as it reviews the investment, while the Washington State Investment Board spent more than an hour Thursday discussing the holding and asking the private-equity firm to account for its actions.

“Did anyone at KKR lose their job over the failure of Toys ‘R’ Us? Did anyone have their bonuses cut, did anyone have their compensation cut significantly? Because that’s one of the consequences of free-market capitalism," Washington State Investment Board member Stephen Miller said, according to a recording of Thursday’s meeting heard by Bloomberg News.

Labor activists have been working closely with the retailer’s employees and have reached out to about 180 investors including the $129 billion Washington pension, urging them to confront KKR and its partners in the transaction, and to push for severance.

At the meeting, Nate Taylor, head of consumer retail for the Americas at KKR, responded to Miller that no one who led the deal was with KKR anymore.

“We’re here to be transparent, to acknowledge where we’ve made an investment mistake, and we certainly did at Toys, and be helpful in making sure that all of you understand what we’ve done and what the facts are around this situation,” he said.

KKR, Bain Capital and Vornado Realty Trust took over Toys ‘R’ Us in a $7.5 billion leveraged buyout in 2005. The owners went through a collection of executives over the next 13 years who tried to stop the company’s steady slide. The debt incurred in that deal, a recession and competition from Amazon.com Inc. and others crippled the Wayne, New Jersey-based company.

In March, Bloomberg reported that the company would close its U.S. operations. The business was in default and Toys ‘R’ Us would have to lay off about 30,000 employees as creditors pushed for liquidation. While potential buyers emerged, senior creditors decided there would be a better return by selling off assets during a liquidation, said people familiar with the matter said earlier this month. A liquidation shuts down a company’s operations, while other types of bankruptcy, such as Chapter 11, could have allowed stores to remain open.

More than a dozen Toys ‘R’ Us workers have met with U.S. lawmakers and former employees have called for new regulations on leveraged buyouts.

Pensions are increasingly addressing social issues such as treatment of workers. While some fund managers are said to have reprimanded firms behind closed doors, many pensions haven’t changed their allocation plans.

“The WSIB also urged its longtime investment partner, KKR, to further explore job transition opportunities and options for workers who are losing jobs” due to the Toys bankruptcy, the statement said. The pension fund also said it will continue to ask the private equity firm for accountability on the impacts of the retailer’s demise.

“Members of the board expressed a desire to conduct further inquiry into these concerns and determined to suspend new commitments with KKR until the board completes its inquiry,” according to an emailed statement Thursday from the $93.5 billion Minnesota agency that manages the state retirement funds.

Private equity firms have been facing pressure on diversity as well from clients. This month TPG encountered some tough questions at an Oregon Investment Council meeting about its white-male dominated culture. The council eventually voted to invest $500 million more of the state’s pension plan in the firm’s buyout fund and health care pool.