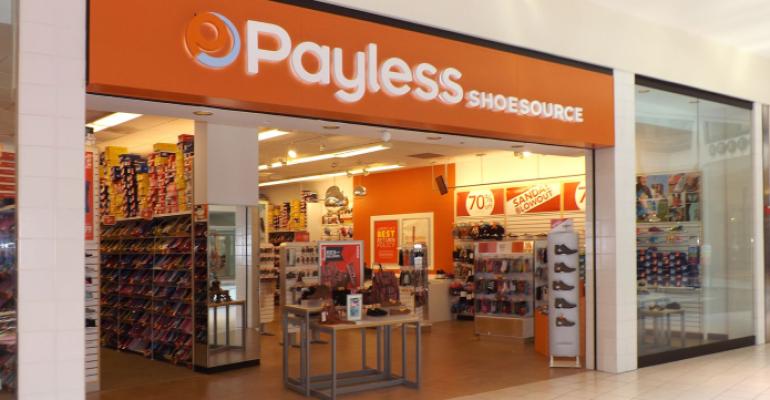 The rate of shutterings had picked up substantially from just six weeks earlier, when store closings were at 3,396, up 97 percent from the year before.

Store closings are a fixed topic in the retail industry these days, and at this point the pattern of closings has almost followed the changing weather: Cool and rainy with patches of sun.

Fung Global Retail & Technology Weekly Tracker found in its June 23 report that about 5,321 retail closings were announced up to that point for 2017. The figure represents a 218 percent increase from the previous year. The rate of shutterings had picked up substantially from just six weeks earlier, when store closings were at 3,396, up 97 percent from the year before.

Department and specialty stores accounted for most of the pullback, according to Fung Global. The retail research firm tracks store openings and closings for a select group of companies on a weekly basis.

Specifically, RadioShack, the Fort Worth, Texas-based electronics retailer, and Payless Inc., the value-priced shoe retailer based in Topeka, Ks., led the store closing tally with 1,000 and 512 respectively. RadioShack is in the final stages of liquidating and winding down its stores for good, after the company filed for bankruptcy for the second time in two years. The two companies have exemplified the troubles of retailers vying with Internet sales channels to win over consumers and remain profitable.

Indeed, women’s apparel retailer Bebe re-emerged as an online entity after closing down its entire chain of brick-and-mortar stores.

“The industry is in the middle of a major disruption, but there are bright spots, including Bonobos' commitment to physical retail,” says Deborah Weinswig, managing director at Fung Global Retail & Technology. “As we've seen, some retailers are continuing to expand, even as store closures are up markedly from 2016."

The news is not all gloomy for the retail sector, however. Fung Global also found that announced store openings were at 2,573, up 20 percent from the previous year.

The retail sector is used to seeing store openings from off-price sellers like Burlington and the Framingham, Mass.-based TJX Inc. chains, as well as value-oriented retailers including Dollar Tree, Aldi and Lidl.

With 111 scheduled openings, TJX accounts for the third largest number of planned new stores in the United States. The company operates the brands T.J.Maxx, Marshalls, HomeGoods and the forthcoming HomeSense. It was behind Aldi, with 130 planned new stores, and Dollar Tree, with 650 new stores.

“It’s worth highlighting that some of these value retailers are entering U.S. from abroad, such as… Primark (fast fashion) and Lidl, Aldi (discounters),” Weinswig wrote in an emailed comment. “These ultra-low price offerings do not work well with e-commerce.”

What grasped Fung Global’s attention in the latest report was the number of beauty and athleisure retailers set to expand.

Despite a challenging business environment, these retail categories are outperforming the market, which is evident in their footprint expansion over the past 15 months. Athleisure in particular does well because Americans are drifting toward a more casual lifestyle, according to Weinswig, who adds that Fung Global expects the beauty and athleisure segment to continue to outperform for the rest of 2017 and into 2018.

Meanwhile, retailers in the beauty segment have become adept at creating a unique shopping experience for consumers. Sephora has associates on hand to provide expert advice to customers, while Ulta has in-store salons that offer shoppers beauty treatments.