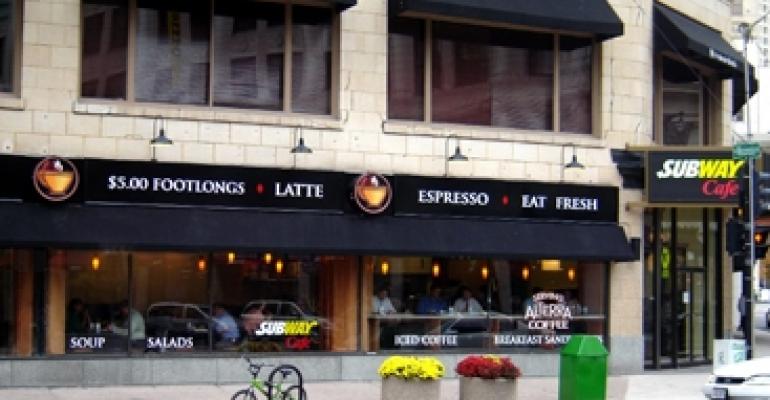 The Subway restaurant chain has been busy this quarter, opening stores throughout the world. Between Oct. 1 and Dec. 21, the chain’s franchisees opened more than 500 restaurants, according to spokesman Les Winograd.

Subway increased the number of its prototype café stores, such as the one in Milwaukee, Wis. They are typically found in office buildings. “It’s a huge step up from fast food. This one has a fireplace. It’s a place to get away for a break.” Is it a cross between the traditional fast food store and Starbucks? “Kind of, yes,” says Winograd.

Based in Milford, Conn., the chain now has more than 33,700 locations across the globe. The figure is updated daily. “The month of December isn’t over yet. We’re still opening restaurants,” says Winograd.

Subway franchisees have established thousands of restaurants in such non-traditional locations as hospitals, airports, and even a zoo in Taiwan.

In 1984, the chain opened its first overseas location in the Middle Eastern nation of Bahrain. Now it has more than 9,000 individually owned and operated restaurants outside of the U.S.