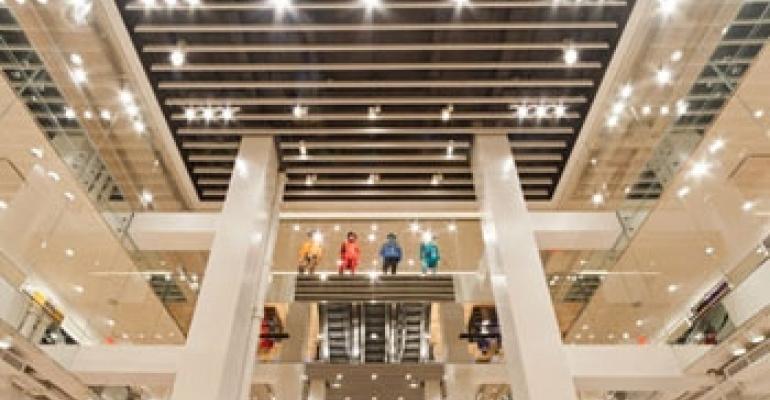 Some companies really know how to make their presence known.

Uniqlo Co., a Japanese-based operator of casual apparel stores, is opening two supersized flagship stores in Manhattan, in addition to four smaller pop-up locations throughout the borough. The permanent stores will include a 64,000-square-foot unit at Herald Square and an 89,000-square-foot mega store on Fifth Avenue and 53rd Street.

The openings are a sign that in spite of worries about U.S. consumer confidence, foreign retailers continue to view the country as offering attractive expansion opportunities on a long-term basis.

Uniqlo has tinkered with the right formula for its U.S. stores since the mid-2000s, but its new locations will spearhead a massive expansion strategy that could potentially deliver hundreds of new stores in the United States.

“The key for them is to get some good flagship locations to start and go from there,” says David Solomon, president of NAI ReStore, a Narberth, Pa.-based retail real estate services firm. “There are plenty of class-A malls where landlords would love to have them as a tenant, and I am sure they will be able to find some good deals. They do well almost anywhere they go.”

Uniqlo is not alone in its ambitions to grow in the United States. A number of overseas chains, including British transplants All Saints and Topshop, have been looking to grow their existing portfolios here, according to Joe Brady, managing director of corporate retail solutions with Jones Lang LaSalle, a Chicago-based real estate services firm. Plus, retailers like French sporting goods seller Decathlon and German footwear chain Deichman are considering initial entries into the U.S., according to Solomon.

In spite of the wobbly economy, U.S. continues to be a major market for any truly international retailer, these brokers say, both because of its sales potential and because of the branding opportunities offered by stores in cities like New York, Miami and Los Angeles.

“Over the last two years, we’ve probably dealt with dozens of retailers who called [us] for basic market information or wanted to delve deeper, to prioritize appropriate markets,” says Naveen Jaggi, senior managing director of retail brokerage services with CB Richard Ellis. “Retailers are looking at where is the logical first step for them to come to the U.S., and how to prioritize their entry strategies.”

Fast fashion chains and discount concepts have been particularly active in searching for new locations because of the current emphasis on value shopping, Jaggi says. But even though those retailers would love to expand here, most have been taking a cautious approach to roll-outs, he and others note. To limit risk, they are waiting for the right opportunities and the appropriate rental rates to actually sign deals. That means that while there might be a number of new entrants into the market over the coming year, they will come in spurts of five to 10 stores a year rather than 50 to 100 stores.

For example, when Topshop signed a deal for its second U.S. store last year, on Michigan Avenue in Chicago, the retailer went into a vacant Borders space rather than building a brand new venue, notes Brady. He also mentions Spanish apparel chain Mango, which will be growing largely through its store-within-a-store agreement with J.C. Penney Co.

Given current market conditions, foreign retailers have to take into account the limited amount of new retail space coming on line here and concerns about the wider economy.

“I think growth in the U.S. will be cautiously optimistic for the next year or so,” says Brady.

In 2012, retail leasing brokers expect to see maybe a dozen new retailers enter the market, with most limiting initial rollouts to only a handful of stores. But given foreign chains’ continued interest in the U.S. and U.S. consumers’ hunger for new and unusual offerings, a major growth spurt is just around the corner, according to both Jaggi and Gary Schwartzman, managing director in the retail group of brokerage firm Grubb & Ellis.

“Because of the economic uncertainty right now, the activity from international retailers is seemingly on hold for the time being,” Schwartzman says. “But I think that as we go forward a couple of years, we’ll see more activity, especially from South America, Australia and China.”