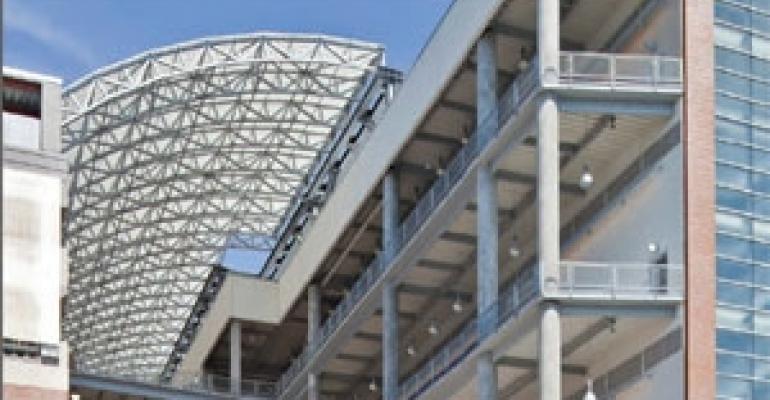 Cities like New York, Boston and Washington, D.C. have been successful at integrating retail into the urban mix by embracing the vertical integration of traditional shopping center retailers. But is the market oversaturated?

A panel of eight national retailers and developers speaking at the International Council of Shopping Centers’ (ICSC) New York National Conference and Deal Making, held on December 5-6, agreed that, for a wide variety of reasons, urban retail “is not the last frontier, but an evolving and continuing one,” in the words of moderator Ken Narva, co-founder and managing partner of Street Works, a White Plains, N.Y.-based development and planning consultancy.

The challenges urban retail presents for developers and retailers depend on the location of the stores, the availability of mass transportation, trade area population and store product.

It’s important to remember that New York City is “the ultimate urban location, it isn’t American and the rules of Manhattan don’t apply to the rest of the U.S.,” said Peter Ripka, partner at Ripco Real Estate. “No place else has 30 million people all living within 50 miles.”

For urban retail to be successful, there must not be any disparity between function and urban space, said G. Lamont Blackstone, principal of G.L. Blackstone & Associates LLC, a Mount Vernon, N.Y.-based real estate development company. He noted that he often finds an “intrinsic tension” between a community’s desire for parking and the operator’s ideas.

Daniel Shallit, Sports Authority’s director or real estate for the northeast region, said that regardless of a store’s location—whether in a suburban mall or an urban vertical location—Sports Authority needs parking because “you can’t buy a treadmill and take it on the bus or train.” The company has tackled the challenge by offering more soft goods in urban locations and focusing on equipment sales in suburban stores. However, Shallit added, Sports Authority does best when located near transit hubs so that commuters taking mass transportation can notice the stores and return on weekends.

Even when a store is accessible by public transportation, having a few parking spaces can’t hurt. When the Skyview Center in Flushing, Queens, which is located near mass transit, offered free parking last summer, it attracted 2,500 visitors each week and 6,000 people on the weekends, according to Larry Rose, principal with RK Realty Advisors.

Operating a traditional store in an urban setting is often a mistake, said Patrick Smith, vice president of real estate for BJ’s Wholesale Club. He said BJ’s has taken its urban stores to two floors despite the difficulties and “it’s been worth it—the volume is there if you work with it.”

The key to creating a successful urban store is flexibility in operation and design, said Michael J. Shanahan, vice president of real estate for Burlington Coat Factory. Adaptive reuse has proven successful for Burlington Coat Factory, but has also presented several challenges, including the presence of wide old-fashioned and unmovable columns in old buildings prohibiting traditional racetracks. In addition, sometimes the retailer has had to fight for or give up street presence when it’s located on the second level of a facility, Shanahan added.

For Shop Rite, the challenge of moving into urban areas has not been so much about creating smaller stores, as about learning to be creative with the spaces that are available, said Dennis Bachman, senior real estate representative for Wakefern Food Corp., which operates Shop Rite. . For instance, refrigerator equipment is typically designed for ground-floor stores. One recent urban integration of a Shop Rite store involved installing equipment in a second-level location which necessitated the use of a crane, the taking out of windows, and getting permits to close down the street, Bachman noted.

In the end, the integration of urban retail is a complex undertaking with a lot of moving pieces, and the biggest problem with it could be that it takes too long to accomplish, according to Rose.

“The rule of thumb for transit-oriented development retail is that if your kids are in elementary school when the project starts, they’ll be in high school when you finish,” he said.