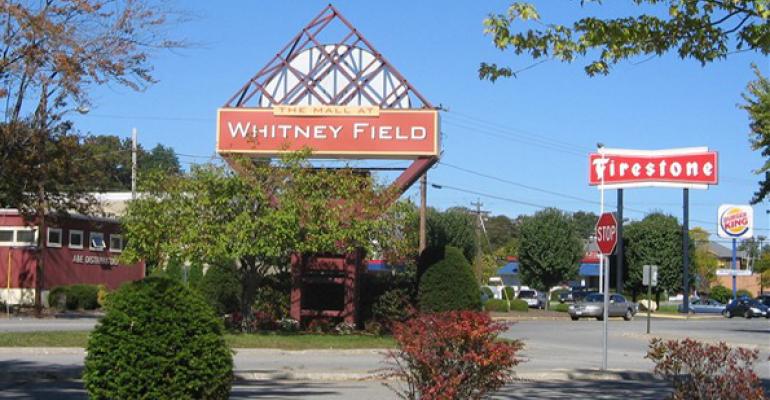 The Mall at Whitney Field was last sold in 2007 for $82 million. The lender on its $74.5 million loan foreclosed on the property in November 2010, with a $72.2 million loan balance remaining.

The mall was completed in 1967 and underwent a renovation in 2001. Macy’s, Sears, J.C. Penney, Market Basket, Toys ‘R’ Us and Old Navy anchor the property. Concurrently with the acquisition, Vintage signed a 10-year lease with the Burlington Coat Factory for a 66,000-sq.-ft. store. The retailer will open in the first quarter of 2014.

“The Mall at Whitney Field remains a dominant retail center in the area. Our ability to immediately fill a large and long-vacant space is a testament to the strength of the market and our leasing and management team that is overseeing the property,” said Vintage Real Estate Chairman Fred Sands in a statement.

Legends Outlets is 94 percent leased.  It is located in the local entertainment and retail district that draws an estimated 10 million visitors annually.

The store was built in 2011. It features a new 75-year triple net lease with additional income from a dual-sided billboard leased to CBS Outdoor.

Verdugo South LLC purchased Shops at the Spring, a triple-net leased retail center in Dripping Springs, Texas, from CVC DS for approximately $3.9 million. The property is 100 percent occupied. Michael B. Rubin, of NAI Capital, represented the buyer in the transaction.

Crosby Square Inc. bought Crosby Square, a 13,414-sq.-ft. retail property with two apartment units in downtown San Diego from Lee Family Trust for $3.85 million. The property was completed in 1989 and is 100 percent occupied. Justin Mendelson, Darrell Levonian and Fred Sheriff, of Charles Dunn Co., represented the seller in the transaction.

Wal-Mart Stores Inc. purchased an 18-acre site at Case Grande Power Center in Casa Grande, Ariz. From Florence & 1-10 LLC for an undisclosed price. Wal-Mart plans to break ground on a Sam’s Club store on the property this summer. Mark Bramlett, of Cassidy Turley Arizona, represented the seller in the transaction. Wal-Mart represented itself.

WP Realty acquired the Plaza at the Pointe, a 149,016-sq.-ft. retail center in Pittsburgh. The property was completed in 1998. Bed, Bath & Beyond, Old Navy, La-Z-Boy and Party City anchor the center.