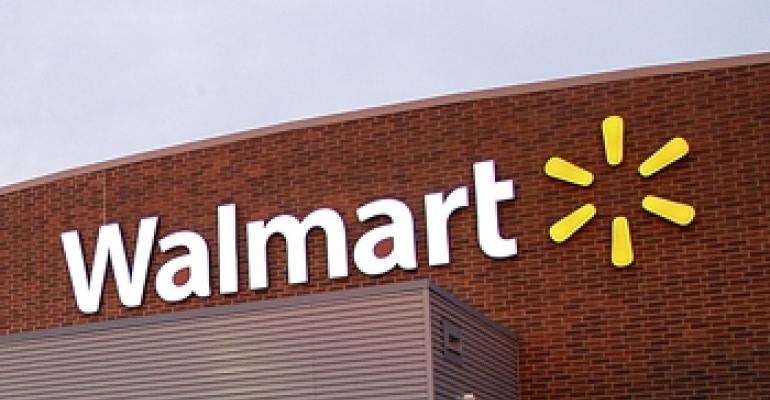 The time may have come for Wal-Mart Stores Inc., the ultimate big-box retailer, to shift its focus from superstores to smaller convenience stores in its effort to drive U.S. growth.

Today, the retailer remains in command of the U.S. retail market, in spite of several quarters of less-than-stellar performance in its U.S. division. Yet the Bentonville Behemoth will have to step up its game if it wants to hold onto that position against competitors including Target, the dollar stores and discounters like Kohl’s and TJX Cos. Inc.

Wal-Mart has long been used to dominating the U.S. retail landscape, and the consumers’ shift toward value in recent years has served to strengthen its market-leading image. In July, Wal-Mart had once again claimed the top spot on the National Retail Federation’s Top 100 Retailers list, with more than $307 billion in U.S. sales in 2010 and 4,358 international stores.

Yet for the past two years, Wal-Mart has also been posting same-store sales declines for its Wal-Mart U.S. division, which analysts attribute largely to its lackluster offerings in apparel and home wares and to price deflation in the electronics sector, which has fueled much of Wal-Mart U.S.’ growth in years past.

Wal-Mart has adapted a multi-strategy approach to boost same-store sales performance at Walmart stores, including a greater selection in its general merchandise categories and an increasing focus on multi-channel shopping.

During a call with analysts, Wal-Mart U.S. CEO Bill Simon said, “We are expanding our offerings in important categories to regain customers, and we're adding back items in key brands. We're confident that the back half of the year will see ongoing improvement in apparel sales. Comp sales for home declined in the mid-single digits for the quarter. We remain committed to strengthening this important category.”

However, limited product selection is only part of what has turned off consumers in recent years, according to Robin Sherk, senior analyst with Kantar Retail, a Columbus, Ohio-based retail consulting firm. The falling same-store sales at its supercenters might be a reflection of the fact that many U.S. shoppers no longer favor one-stop-shop mega-boxes.

Wal-Mart’s store opening strategies in recent months would seem to confirm Sherk’s theory. The retailer plans to open between 140 and 160 new and converted domestic stores this year, yet the number is down from the previous target of 185 to 205 stores. The decrease will affect primarily the conversion of former discount stores into supercenters, rather than the opening of brand new units.

At the same time, with new openings, the company will devote a lot of attention to smaller format stores in previously untapped urban and rural markets, including its Walmart Markets (formerly Neighborhood Markets) and Walmart Express stores.

“Smaller-format urban store tests—ranging anywhere between 20,000 and 40,000 square feet per location—may be a way to reinvigorate slumping U.S. sales by increasing the frequency of customer visits,” according to a note from R.J. Hottovy, an analyst with Chicago-based research firm Morningstar.

The strategy would be in keeping with the larger trend among U.S. big-box operators to shrink the average size of their units.

What ails the giant

The troubles experienced by Wal-Mart U.S. have to do in part with the limited selection it offers in several general merchandise categories, including apparel and home décor, according to Craig Johnson, president of Customer Growth Partners, a New Canaan, Conn.-based retail consulting firm. In the apparel category, for example, Wal-Mart has so far been concentrating on socks, underwear and t-shirts, but “it’s a relatively small portion of the overall apparel category.” This has allowed Target, as well as Kohl’s and TJX, to gain a bigger share of the apparel market.

Recognizing that it’s lagging its competitors, Wal-Mart executives have committed themselves to improving general merchandise selection within its stores. Yet it will take time to implement the changes.

“We do not expect work on the general merchandise side of the business to be done until the second half of the year,” writes BMO’s Wayne Hood. “Moreover, it may take even longer for customers to catch on and return to the stores.”

Wal-Mart has had better luck in the grocery business, where it’s been posting same-store sales increases in the low single digits. Wal-Mart already accounts for approximately 20 percent of all grocery sales in the U.S., according to the Morningstar report. The opening of more Walmart Market stores, which devote a large portion of their space to food, will allow the company to capitalize on the strength of that segment. This year, Wal-Mart will open between 15 and 20 Neighborhood Markets. The stores average 42,000 square feet, about a fourth of a typical 185,000-square-foot Walmart supercenter.

Walmart Markets showed a 3 percent increase in the second quarter, which is prompting the company to accelerate its growth plans.

Groceries will also drive its smaller Walmart Express Stores, which will average 15,000 square feet. The first Walmart Express opened on July 27 in Chicago. The Chicago store carries groceries and everyday necessities and includes a pharmacy. Merchandise selection at upcoming Express stores will differ from market to market, to allow the company to gauge what kind of assortment would work best, according to comments made by Simon during Wal-Mart’s first quarter call with analysts. For example, some of the stores will contain pharmacies; others won’t.

Wal-Mart expects that by the end of the year, it will open between 15 and 20 Express stores. All of the stores should contain a grocery component.

Finally, Wal-Mart has been working on better integration of its various sales channels, with programs like Pick Up Today, which allows customers to order items on walmart.com and pick them from a bricks-and-mortar store on the same day. To date, the program has been rolled out at approximately 3,000 stores.

“It adds an element of convenience and immediacy,” says Sherk.

Now reports have emerged that earlier this year, Wal-Mart tried to improve Sam’s Club competitive advantage over wholesale club leader Costco by bidding for BJ’s Wholesale Club. The bid failed, but the retailer could easily afford other acquisitions, given its debt to capital ratio of 0.37.

“With leverageable assets on its balance sheet and steady operations, this firm could support substantial incremental debt for a large acquisition or to recapitalize its balance sheet,” according to R.J. Hottovy.

The acquisition that would make the most sense for Wal-Mart going forward, however, won’t be on the wholesale side, says Sherk. She notes that as Wal-Mart continues to grow its smaller format stores, it might want to look at one of the dollar chains as a speedy way to gain market share in a new market.

Right now, “it’s making very small plays into smaller formats,” she notes. “If you look at the growth in the dollar channel, Wal-Mart looks like a drop in the bucket. In that sense, I think if they acquired someone of that size, that would immediately expand their presence.”