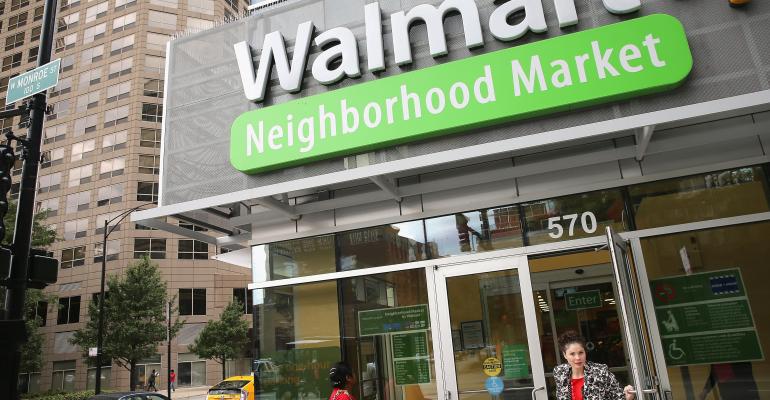 In a retail environment undergoing drastic changes from the influence of e-commerce, investors are increasingly choosy about which retailers they will partner with to add value to their investment portfolios. Can one retailer make a difference in an environment where so much is at stake?

It meant that for the first time since 2010 the big-box sector was priced at a premium to the entire retail net lease market, according to the research firm. And the sector owed much of its success to Walmart Neighborhood Markets. Store count increased by 200 percent in the fourth quarter, compared with the previous year, and the median asking cap rate for Walmart Neighborhood Market stores was 5.10 percent.

“The influx of Walmart Neighborhood Markets into the supply made up almost one quarter of the overall big-box market,” says John Feeney, director of research at The Boulder Group. “It really brought it down a lot over the past year. Walmart Neighborhood Markets is the one major, long-term new construction tenant out there, which is why their cap rate is so much lower than the others.”

Walmart’s influence on the sector doesn’t seem like it will wane anytime soon. There were 645 store locations in operation by June 2015, according to data from Moody’s Investors Service. In its 2015 annual report, Wal-Mart said it expects to increase the count by between 240 and 270 units in fiscal 2016.

Walmart Neighborhood Markets might seem like an outstanding tenant in the face of these numbers, able to wield such influence on an entire sub-sector, but Boulder’s research findings underscore a trend that has been at work for years, according to other industry observers.

“Net lease cap rates, alongside cap rates in all other sectors, have trended down for years,” wrote Cedrik Lachance, director of U.S. REIT research for Green Street Advisors, in emailed statements. “However, given pricing in alternative asset classes, there is a good betting line that real estate asset values will decrease in the next 12 months.”

Of course, Walmart stores were not the only engine that powered net lease agreements in the fourth quarter and drove cap rates down. Hobby Lobby, the arts and crafts retail chain based in Oklahoma City, Okla., backfills a lot of existing space that other retailers vacate so that it can take advantage of lower rents.

Lifetime Fitness, LA Fitness, Lowe’s and PetSmart are among the companies that closed on big-box single tenant transactions in 2015.

“Some are in real trouble, or will, like Kohl’s, likely undergo significant strategic changes,” Lachance notes. “Investors will become increasingly picky in deciding which retailer to partner with.”

That pickiness is already apparent in cap rate differences by square footage and lease terms. The Boulder Group found that mid-box stores, which range from 40,000 to 80,000 sq. ft., had the tightest median cap rates by store size, at 5.75 percent. Investment grade stores with 16-20 years remaining on their leases had the tightest cap rates at 5.0 percent.