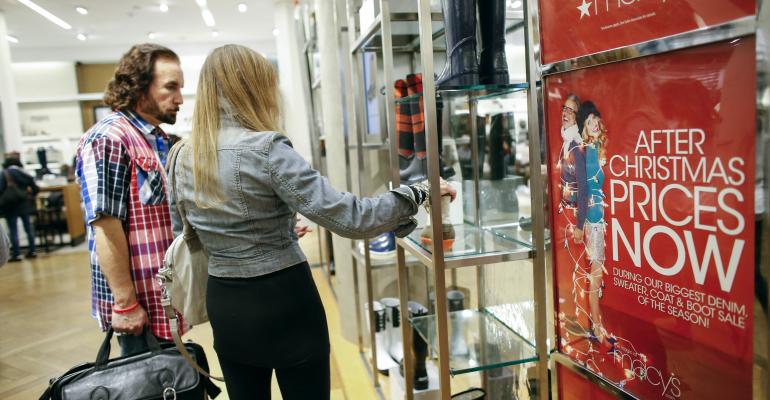 Will the Department Store Sector Survive?

Post-holiday store closings are as dependable as the seasonal tree lightings and concerts that precede them. When department store analysts announced that store closings could number 550 in the next couple of years, the outlook cast yet another shadow over the brick-and-mortar segment of the retail industry.

But heavy shuttering of stores does not always portend doom, according to industry experts. Retailers are taking opportunities to reshape their merchandising strategies and companywide footprints in ways that will support their long-term profitability, the experts note.

“This has been coming for a while,” says Richard Latella, an executive managing director at real estate services firm Cushman & Wakefield, referring to the recent round of announced closings. “What has accelerated is the fact that these department store companies, for the most part, are public companies. There has been a lot of discussion with activist investors forcing them to be a little more proactive [about store closings].”

The retail business model has changed, but it is not broken, Latella adds. The question is whether enough department store operators will adapt in time to maintain their position as a significant part of the retail business, and retain healthy business partnerships with mall landlords.

The retail business has one mission: to sell consumers the kinds of goods that they want. With the advent of e-commerce, that mission has taken on another major aspect, which is to meet consumers where they are at the moment they make a purchasing decision.

But as much as e-commerce has succeeded in meeting customers’ needs, it also exacerbated a lingering problem in the U.S. retail sector—too much retail square footage per capita. Currently, that figure stands at just under 47 sq. ft., according to data from Suzanne Mulvee, director of research and real estate strategist at CoStar Group, a commercial real estate research firm based in Washington, D.C.

The amount of retail space per capita peaked at around 48 sq. ft. in 2009. After that, shoppers began gravitating more toward e-commerce, aggravating the effects of an oversaturated retail market.

“To make things healthy, you’re going to have to change the amount of space needed,” Mulvee says. “By closing stores, retailers are correcting the over-saturation.”

Hoping to make the grade

There is also the practical matter of how store closings will affect department store-anchored malls. Many of the department store closings are expected to affect what the industry defines as class-B and -C assets. For Cushman & Wakefield, class-B and -C malls are generally defined as properties with trade areas of between 200,000 and 300,000 people. The tenant mix is traditional, with some local and temporary tenants, and with comparable sales ranging from $200 to $400 per sq. ft.

As retailers continue the process of reducing store counts, conventional wisdom says the more middling to poor performing properties will bear the brunt of store closures. Although they are in weaker competitive positions compared to class-A malls, they still hold appeal to some investors who are willing to pay cash for them, according to Latella. They could also appeal to REITs who have plans to redevelop the spaces for healthy returns.

“I’ve seen REITs negotiate transactions with stores like Sears and Macy’s to buy the boxes back,” Latella says. “They are either getting them back for free or for $1 million or $2 million.”

During a May 2016 presentation, for instance, Chicago-based REIT General Growth Properties told investors that since 2011, 82 of 83 vacant department stores in its portfolio had been redeveloped for a total cost of $1.4 billion, and an 11 percent annual return.

The properties had been converted to a mix of uses, including fast-fashion stores, restaurants, grocery stores and fitness centers. Seventeen of the properties eventually became occupied by other department store brands.

Department store companies have taken one enduring lesson from the industry’s transformation: Reinvention is the key to ongoing relevance in the mind of consumers. One easy way to attain that relevance is to invest in technology and give consumers seamless digital shopping experiences.

Aside from web portals, department store chains are dedicating more in-store spaces to experiences that appeal to their core audience. Macy’s is also experimenting with allotting space for its discount Macy’s Backstage brand within its regular stores. The company plans to roll out the store-within-a store concept at 45 locations this year.

“Overall I’m bullish that the department stores will survive,” Latella says, adding that they would have to survive with a smaller number of units.