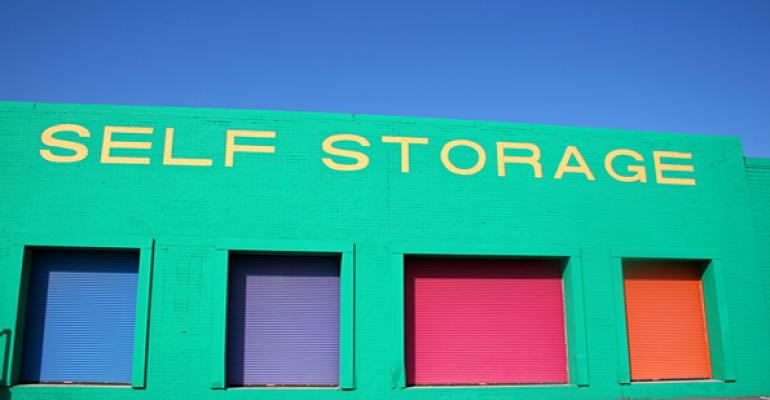 Will the Self-Storage Sector Rebound from 2016 Setback?

In 2016, NAREIT found that the sector’s total returns were down 8.14 percent, likely stemming from weakening demand for the product, according to observers.

A planned 100,000-sq.-ft. facility in West Palm Beach, Fla. appears to break new ground in how self-storage properties are developed. Aside from 830 climate-controlled self-storage units, the mixed-use project will also include 1,200 sq. ft. of rentable retail space on the ground floor.

This is part of a larger effort on the part of municipalities to restrict the development of self-storage properties in favor of preserving space for manufacturing.

New York City became the latest city, along with Charleston, S.C. and San Francisco, to enact policies reining in the development of hotel and self-storage properties to preserve land for manufacturing uses and support job growth. The developers of the planned self-storage space in West Palm Beach included retail as a tactic to make the property more appealing to local authorities and gain zoning approval, say industry observers.

“There is a negative stigma attached to the property type,” says Ryan Burke, an analyst for Green Street Advisors, a Newport Beach, Calif.-based research firm. He adds that municipal leaders view them as eyesores associated with crime. Working off that assumption, municipal officials are putting up more barriers to build-outs of self-storage properties. “It is why we’re starting to see more attractive self-storage in general. People are trying to find a happy medium.”

The self-storage sector, despite its solid track record of delivering double-digit annual returns, is facing more issues in 2017 than mayors and zoning boards eager to tighten building in their communities. New supply growth in the sector is accelerating, and the credit requirements are also stricter than they have been in previous years.

Will this environment allow self-storage investors, including both REITs and private buyers, to rebound from the slump experienced in 2016? It looks like the answer is yes.

“It’s been a very interesting time for self-storage over the past 15 months or so,” says Burke. “Both in terms of REIT share prices and operations at the property level, this is the strongest self-storage up cycle that we’ve seen.”

A strong performer took a breather

The self-storage sector has been an outperformer in the commercial real estate space even after the economic slump in 2009. The REITWatch report from NAREIT, which offers a monthly overview of REIT performance, found that in 2010, self-storage REITs delivered returns of about 29.29 percent. In 2011, they brought in returns of 35.22 percent, easily the best performance in the REIT sectors, and regained that distinction at year-end 2015, with a total return of 40.65 percent.

In 2016, however, NAREIT found that the sector’s total returns were down 8.14 percent, likely stemming from weakening demand for the product, according to observers.

“It was natural that a slowing would occur,” Burke says. “REIT investors had trouble predicting how it would happen. ‘Is revenue growth going to be 8.0 percent or will it be negative?’”

Despite resistance from public officials, there has been acceleration of new self-storage development across the country, according to Green Street Advisors’ “Self-Storage Sector Update,” released in March.

Citing U.S. Census data, Green Street analysts found that the value of new self-storage construction increased sharply in 2016, to about $2 billion. That was almost double the value in 2015, according to the firm.

Despite the apparent surge in building, the data does not appear to indicate that the sector will suffer from an absorption problem, because supply has not hit historic levels. Also, current development is likely more expensive due to the higher quality of construction and the location of new buildings, according to Green Street.

The sector has another reason to hope for a return to its previous strong standing: continued rent growth. Green Street’s RentTracker, for instance, assumes that rent growth could step up again in 2017, following seasonal patterns.