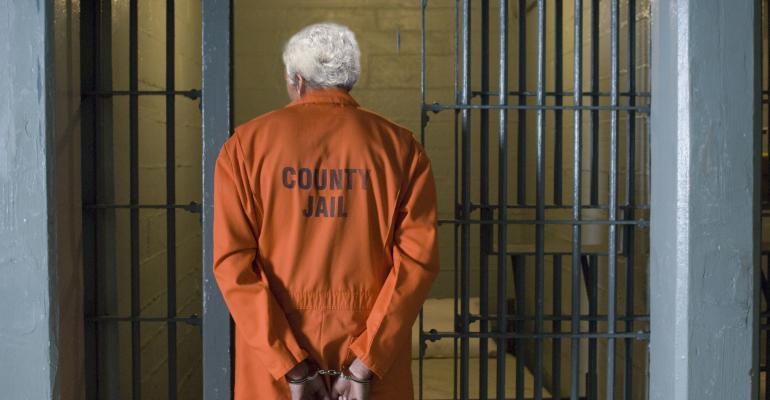 Aging baby boomers have begun to affect the occupancy of another of America’s institutions—prisons,—and a few states are researching ways to partner with private nursing homes to care for them.

Of the roughly 1.6 million people currently incarcerated in the United States, the number of those approaching senior citizen status is increasing rapidly. Between 1995 and 2010, the number of U.S. inmates ages 55 and older quadrupled to 124,400, according to a 2012 Human Rights Watch study. Seniors are expected to account for a third of the entire prison population by 2030, according to the study.

In California, the state government is already sending ailing prisoners to private nursing home beds. The state passed California Penal Code 6267 in 2010, a law to provide long-term care to inmates. Joyce Hayhoe, director of communications and legislation for the state’s Correctional Health Care Services department, says those inmates who need 24-hour care and have not been deemed a danger to society, are placed in private nursing homes under certain conditions.

“They can’t leave the facility, of course,” she says. “They’re considered on medical parole, and assigned a parole agent. Most of them can’t even get out of bed; they might be vegetative or quadriplegic. However, the law allows us to return them to prison if for any reason their condition improves.”

There are only 65 of these individuals in this type of care, Hayhoe says, and the number fluctuates because the prisoners’ conditions are usually terminal. However, the number of hearings to grant prisoners medical parole is increasing, as the state’s 55-and-over population is the fastest-growing segment of prisoners.

“When you think about it, we release hundreds of people per month. It’s not anything new, the only thing different is we now provide a payment to the nursing home and recoup that money from the federal government. It’s expensive to provide that kind of care in a prison,” Hayhoe says.

Not every state has found that privatization is cheaper. In 2008, the state of Virginia conducted a study to determine whether to keep the inmates who need long-term care inside prison walls or to partner with private nursing homes. The state considered “geriatric release,” which allows offenders who are at least 60 years old to apply for early release. However, in the study, the state’s Department of Corrections and Parole Board determined that its average annual private nursing home cost of up to $66,430 would be more than double the cost of housing such an inmate at Deerfield Correctional Center, the state’s special needs facility.

Most states still use their own facilities to care for elderly inmates, but the National Institute of Corrections estimates that, on average, states spend about $70,000 per year to incarcerate prisoners aged 50 or older, about three times what it costs to house a younger prisoner. Most prison experts agree that fewer older inmates wind up back in prison after release, and many states have “compassionate care” laws on the books, which allow the release of a prisoner who, because of health status, are no longer seen as a danger to the community. This law, however, is rarely used. As the national inmate population gets older, some states are looking at ways to privatize the nursing care.

This past summer, the Michigan Department of Corrections held a formal Request for Information (RFI) to determine interest of private nursing home providers in outsourced long-term care for inmates. Kyle Kaminski, a legislative liaison with the department, says the state put together a report that estimated its number of prisoners in the 50 and older bracket has increased almost 50 percent in the past 10 years, to 8,457. While the state now houses about 600 of those prisoners near a hospital facility, Kaminski says the state wanted to determine whether privatizing could better serve the inmate population.

About 15 nursing home care providers responded to the RFI, with various public-private partnership ideas that could serve about 120 offenders. Tough truth-in-sentencing laws in Michigan would prevent many who could use the care from leaving the prison, but there are a few with significant medical needs who could be transferred to a private setting safely, Kaminski says. Providers such as Advantage Management Group suggested turning an entire facility, the former Samaritan Center on Conner Avenue in Detroit, into one used solely for these prisoners, but the state’s Department of Corrections, which is currently suffering from bad press from its privatization of kitchen staff with Aramark, has not yet made a decision on the next step.

“We haven’t put out a report yet about our RFI results, but it was a productive process,” Kaminski says. “If it worked, it would have to be a public-private partnership. We have to figure out the Medicaid question, while also having a facility that is secure enough to keep the community comfortable and still honor the law.”