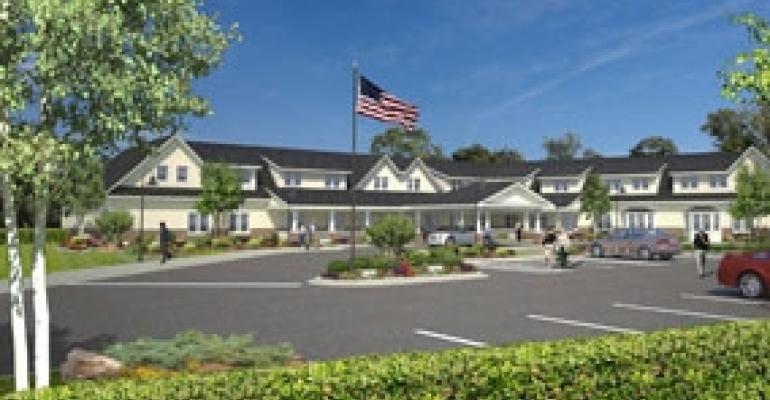 Occupancy rates at assisted living facilities remain healthy, despite the sharp economic downturn. According to a comprehensive study just released by a consortium of industry groups, the average occupancy rate among buildings open at least 12 months is 94.1%.

That’s only about 1% lower than when the study was last conducted three years ago. The survey of 500 assisted living facilities occurred during the first three months of 2009.

"Assisted living is a needs-driven business," says Maribeth Bersani, senior vice president of public policy at the Assisted Living Federation of America (ALFA), one of the sponsoring groups of the 68-page survey. "If an older person needs care, she needs care."

Occupancies at dementia care facilities stand at 97%, an indication that housing for those who need a significant amount of care should continue to fare well. The survey backs up what assisted living operators report, says Bersani. "It's very hard to care for someone with dementia at home and people are moving into assisted living."

Statistics from NIC based on the top 31 markets show assisted living occupancies dropped to 88.3% in the first quarter of 2009 from 90.7% three years ago.

Some operators report that occupancies are on the upswing again. At Benchmark Assisted Living, an owner and operator with 44 buildings, occupancies average about 91%, somewhat above last year's level, according to Tom Grape, Benchmark chairman and CEO. He aims for occupancies in the 93% to 94% range. "We have more room to grow, but it's better than it was," says Grape.

Rents are holding up, too. The average rate for a private room in an assisted living facility is $3,000 per month. A dementia care unit averages about $4,500 a month.

At Benchmark, rents this year are up about 4% to 5%. Rents in better times typically increase about 6% to 8% annually, says Grape of Benchmark Assisted Living. "Compared to other real estate assets, assisted living rents have held up well." Benchmark rents average about $4,500 a month.

Few new projects are under way, notes ALFA's Bersani. That should boost property performance, according to Benchmark's Grape. The lack of new construction should also push some operators to expand. Benchmark plans to start a new project later this year in a market where the company already has a presence, though no further details were given.

Other operators are expanding. Brightview Senior Living has a new project under way in Billerica, Mass., just north of Boston. The building, Brightview Concord River, features about 90 units of assisted and dementia care.

The project should be open by the end of the year. Brightview, a division of the Baltimore-based Shelter Group, also hopes to start another assisted and independent living project this year in Evesham, N.J. Other plans call for the expansion of the Brightview Bel Air property in Hartford County, Md.

David Carliner, executive vice president at the Shelter Group, believes even brighter days are ahead for this segment of the seniors housing industry. "We expect demand for assisted living to continue to grow."