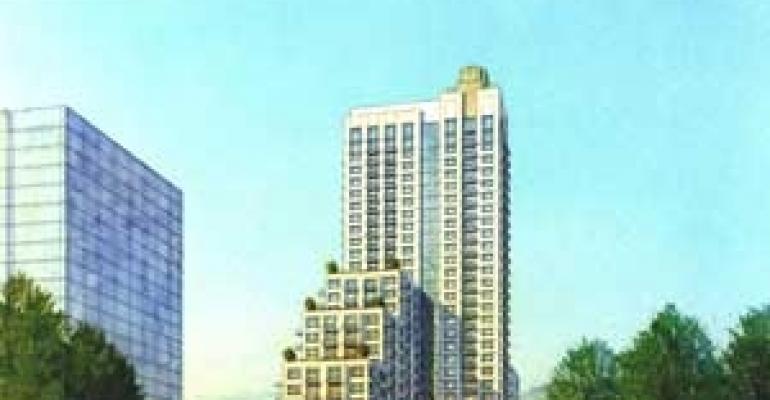 On the heels of a string of high-profile bankruptcies in the continuing care industry, questions are being raised about whether the segment has finally hit bottom or is headed for more trouble.

The Clare at Water Tower, a $270 million project in Chicago’s downtown Gold Coast neighborhood, filed for bankruptcy in November. That announcement was quickly followed by a bankruptcy for St. Mary of the Woods, a project in Avon, Ohio. Then, on Dec. 5, a bankruptcy petition was filed by the Clare Oaks continuing care project in Bartlett, a suburb of Chicago.

“There are still real challenges for communities that were not filled prior to the recession, or that opened during the financial crisis,” says Dan Hermann, senior managing director and head of investment banking at Ziegler, a Chicago-based specialty investment bank for continuing care communities.

The Clare, for example, opened in December of 2008 just after the financial crisis hit. Continuing care retirement communities (CCRCs) such as the Clare require large upfront entry fees along with monthly fees. In return, residents have access to assisted living and nursing care should they need it.

With some of the entry fees at the Clare topping $1 million, it was difficult to sell units at the luxury high-rise amid the housing downturn. Only about 80 of the building’s 248 units are currently occupied.

The depth of the housing downturn caught developers and building operators by surprise. Seniors decided to stay put instead of selling their single-family homes and using the proceeds to move to a CCRC. Projects that had been years in the planning were shelved. Others struggled to sell units and meet debt obligations.

CCRC occupancies slipped during the downturn from about 94 percent to about 89 percent, Ziegler’s Hermann says. The firm’s research shows that only five continuing care communities opened in 2011, compared to an average of about 12 a year prior to the downturn.

Hermann figures that about a third of the CCRCs are performing well, another third are doing fair and the others are struggling. New campuses, single-site projects, and older communities without solid financial reserves are the ones most likely to be under stress.

In an industry dominated by faith-based sponsors, the projects that recently filed for bankruptcy were developed by nonprofit entities. Both the Clare and St. Mary of the Woods are projects of the Franciscan Sisters of Chicago Service Corp.

But for-profit entities haven’t been spared either. Erickson Retirement Communities is the most notable for-profit CCRC operator that got into trouble. The company went bankrupt in 2009 and was sold in 2010 to Redwood Capital Investments. Two Erickson properties in the Chicago area were sold out of bankruptcy to Senior Care Development, of Harrison, N.Y. Meanwhile, Redwood Capital has recently been mentioned in press reports as a potential buyer of the Clare.

Despite the turmoil, the CCRC business could be ready to turn the corner. Occupancies have improved lately and should climb another percentage point by the end of 2012, Hermann predicts. At the same time, property managers are reining in expenses.

Lenders have changed their expectations too, anticipating longer fill times for new projects. Before the downturn, developers usually planned for sales to take two years. But now sales are expected to take three-and-a-half to 4 years. “Projects need more liquidity to reach fill up,” notes Hermann.

Even so, some projects with strong operators in markets where housing is relatively robust are moving forward. Ziegler has helped to finance nine new campuses since the downturn. The Crestview Retirement Community in Bryan, Texas, for example, recently closed on a $28 million bond financing for a 92-unit expansion. All of the units are pre-sold with a 40-person waiting list.

Another success is The Admiral on the Lake, in Chicago. The high-rise project on the city’s North Side is under construction and 80 percent of the units are reserved. When the financial crisis hit and sales took a dive, the non-profit sponsor teamed with the Kendal Corp., an experienced CCRC owner and operator. Because of the affiliation with Kendal, the bonds to finance the project sold quickly, according to the Admiral President and CEO Glenn Brichacek. “Because of the Kendal name, investors knew they were buying a solid track record.”

Looking ahead, as real estate market conditions improve, expect competition for sites to heat up between the non-profit CCRC sponsors and for-profit developers. “Everyone will start to wake up on construction as occupancies improve because the coming demographic [of older people] is huge,” Hermann says.