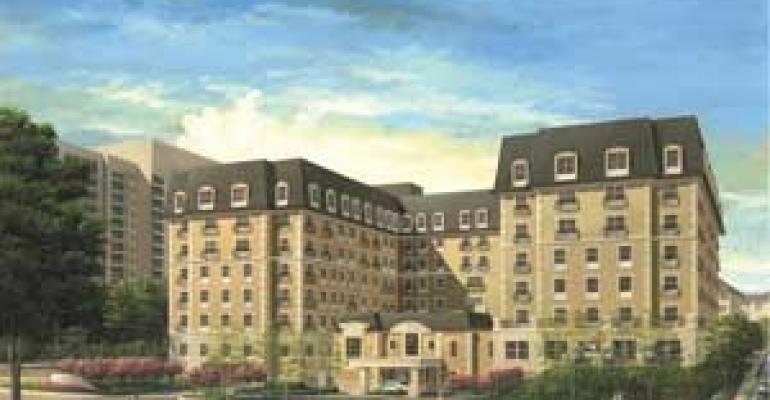 Belmont Senior Living has broken ground for a new $60 million project in Dallas, Belmont Village Turtle Creek. Located in the upscale Turtle Creek area, the seven-story project will have 201 units. The building will have a mix of assisted living and independent living units, plus memory care. The project is slated to open in the summer of 2013.

“Turtle Creek as is good as it gets in Dallas,” says Patricia Will, president and CEO at Houston-based Belmont. The neighborhood is close to downtown and the medical center. “Finding an in-fill location in Dallas is hard to come by,” Will adds. “There’s nothing like it in the area.”

Belmont has been bucking industry trends and putting up new buildings. The company opened a new project about a month ago in Scottsdale, Ariz. Belmont also has a project planned for Austin, Texas, and another in Berkeley, Calif.

A few other developers are also starting to build.

For example, NorSouth Development plans to build a 96-unit seniors apartment building in Kedron Village, Ga., south of Atlanta. The $14.2 million project will include one- and two-bedroom units with designer kitchens and large walk-in closets.

Despite some positive signs, Belmont’s Will says new projects have to be justified. Lenders are still skittish about making construction loans. Belmont’s new project in Dallas has a construction loan from BBVA Compass Bancshares. “The days of construction loans with 10 to 20 percent equity are gone,” says Will. She won’t disclose the terms of the loan on the Dallas project, but she says the equity contribution is “substantial.”

Lenders are also looking for owners and operators with a solid track record.

Belmont owns and operates its buildings, though the company has institutional investment partners. The company has 21 buildings. It doesn’t manage buildings it doesn’t own. Most of the Belmont projects are in California, Texas and Illinois in the Chicago area.

The Turtle Creek building will have a fitness center, an indoor swimming pool and a technology center. Meals will be available in several venues. The building will also offer a concierge and transportation. Outdoor amenities will include a garden terrace, private courtyard, dining patio and fountains, wellness center, gym and fitness center.

Belmont first pioneered the concept 10 years ago at its property in San Diego. “We’ve had great success with it.”

Other developers may follow. A few new projects are being planned that eliminate assisted living altogether, instead offering residents assisted services in their independent living units. Developers are realizing that residents often don’t want to switch units, preferring to stay in their original apartments even if care providers have to be brought in to help.

“The issue is less about the units and more about the people,” notes Will. “We believe in licensing to assisted living standards for all units so we can deliver services wherever people live in the building.”