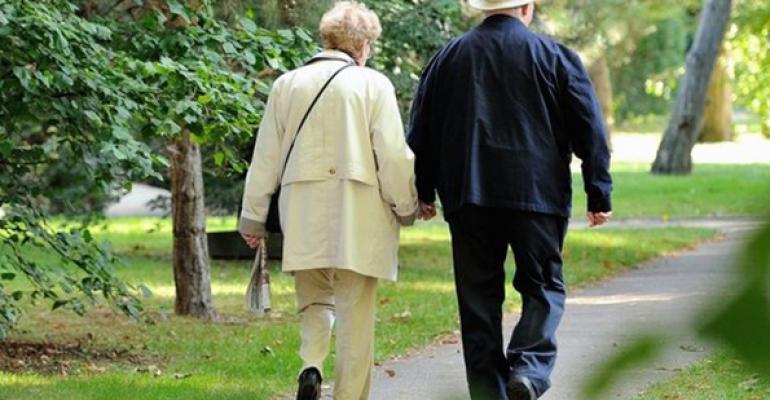 Boomers to Seniors Housing: Hell No, We Won't Go!

The counterculture is still strong, and may completely change the way seniors housing is developed, constructed and delivered. Just as the baby boomers reach the age at which they might start using 55-plus seniors housing, not only are they still not ready to go the traditional route, but this attitude is causing a massive shift in the use and design of residences for the elderly.

According to a recent survey of more than 4,000 baby boomer households in the United States, about three-quarters of those born between 1945 and 1964 do not want to move into a seniors housing community anytime soon. However, notes "Baby Boomers and Their Homes: On Their Own Terms,” a survey conducted by the New York City–based Demand Institute, most boomers couldn’t move out even if they wanted to, because of mortgage debt and poor savings plans. (The Demand Institute is jointly owned by the Conference Board and ratings giant Nielsen.)

Average boomer net worth, which was at more than $200,000 before the recession, is now only about $143,000, according to the survey. On top of that, the median outstanding mortgage balance for a 50-to-69-year-old household has grown from $48,743 in 1992 to $118,000 today—and 56 percent say they will try to get another mortgage. Jeremy Burbank, a vice president at Nielsen, says boomers are just more comfortable carrying more debt, and would rather think about moving into their dream home than settling down into a retirement home.

“Boomers are just not planning that far ahead for some of the health issues and limitations they will face later in life,” Burbank says. “They look around and have a general reticence for things that are labeled as ‘seniors products,” including housing. Even with possible renovations to their homes, they’re focused on updates instead of installing aging-friendly features. They just aren’t ready to settle yet.”

However, though they’re not at all ready to move in, these boomers are the ones changing the landscape—though they might not know it. The reason? They’re the decision-makers for their adult parents. Whereas the former generation only avoided a property if it had numerous public health violations, the current elderly customers aren’t the ones doing the haggling, says Aaron D'Costa, acquisitions director for Austin, Texas–based Virtus Real Estate Capital.

“When I started 24 years ago in the seniors housing business, 50 percent of the decision-making was by the adult senior themselves, and they may look at two or three properties, that’s it,” he says. “Today, 90 percent of the time, it’s the adult child who’s the primary contact, and because of the Internet they are first visiting 10 communities, a dozen communities, and then meeting with three-or-four property managers before making a decision. They’re wanting to figure out everything about the seniors care industry and how to make the best informed decision.”

Because the younger seniors want to stay at home, so-called “active” communities catering to the 55-to-70-year-old crowd, are struggling, D’Costa says, unless the property has a niche, such as education, or the theater. The average age now of those entering what used to be called “independent living”—with only basic services such as housekeeping, transportation or limited meal plans—is now 70 years old. The typical resident of assisted-living today is 82, and in most cases, female. “The average age at these facilities is just getting older and older,” he says. “Independent living is starting to look like assisted living, and so on.”

Neighborhood services have also taken off, D’Costa says. Neighborhood-linked service plans, started by communities such as Boston’s Beacon Hill neighborhood and its “Village Network”, have spread to other states. These plans, set for the 50-and-over crowd for activities, shopping, assistance or transportation, allow the young seniors to stay at home as long as possible.

Critics of the service plans, however, argue that the providers are too vague with what is offered and don’t cater to what the seniors really need, and that these plans may collapse under too large a distance to cover. “I can see how it can be a real train wreck,” says Joe Wagman, CEO of York, Pennsylvania-based Wagman Construction. “Home services are a really tricky business, you need a fairly high-density area to get the numbers to work. Just compare this, providing care to seniors in a 100-bed facility, or trying to provide care to 100 seniors spread out over a county … I think you can guess which one would be more efficient.”

Regardless of what works in the future, D’Costa says seniors housing owners, developers and investors have to embrace and design for today’s blurred lines of the industry. Independent living with added home health services is starting to look like assisted living, which itself is offering more the specific choices and care that traditional skilled nursing homes had met in the past. The skilled nursing industry, however, is now moving more to a short-term-stay model, and new residents are demanding private rooms that Medicare and Medicaid can’t cover.

“What worked in the past isn’t necessarily going to work going forward,” D’Costa says. “The boomers’ desires for more choice, the changes in customers and even new regulatory requirements are blending the property types with very little distinctions. You can’t build or operate as you did before, you have to now try to appeal to today’s and tomorrow’s consumer.”