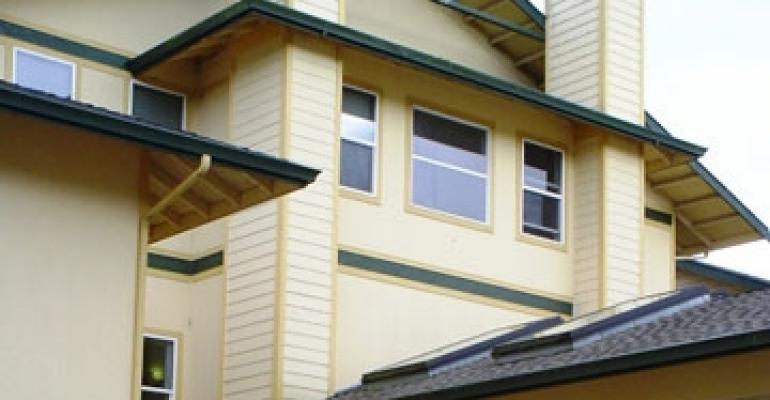 Even as most conventional lenders avoid commercial real estate altogether, Sunwest Bank is carving a niche in seniors housing. The Tustin, Calif.-based bank began lending on retirement projects in 2009 after studying the market for several years.

Community banks are thought to have stronger balance sheets than many large banks and could be a source of capital for seniors housing owners and operators who need to refinance their properties.

So far in 2009, Sunwest Bank (no relation to Sunwest Management, the troubled Salem, Ore.-based assisted living company being restructured) has refinanced three assisted living properties. The bank also is weighing whether to finance new projects. "There are good construction deals out there," says Frank.

For now, Sunwest is positioning its seniors housing loans as a bridge to the permanent financing available from the government-sponsored entities (GSEs), including Fannie Mae, Freddie Mac and HUD. "It's a good niche for us," says Frank. GSE loans have kept the seniors sector afloat while other commercial property sectors have languished for lack of financing.

Sunwest does not underwrite its loans assuming that GSE financing will be available, even though in some cases Sunwest already knows the property will qualify. "If we hold the property for 15 to 20 years, we feel comfortable with that," says Frank.

Ridgeline Management of Eugene, Ore., recently borrowed $2.8 million from Sunwest Bank to refinance an assisted living facility in Eureka, Calif. “A lot of banks didn’t have money to lend,” says Dennis Garboden, who owns Ridgeline, along with Dr. Chuck McGlade. “You have to be persistent.”

The Eureka property, Alder Bay Assisted Living, has 36 assisted living units and three cottages for independent seniors. The average rent is $3,200 a month. Garboden and McGlade, along with other investors, purchased the Alder Bay building in March 2006.

The building had been struggling with low occupancy. Once that problem was corrected, Garboden says Sunwest refinanced the property and the investors were paid off.

In general, Sunwest makes three- to five-year loans amortized over 25 years with maximum loan proceeds of approximately $8 million. Interest rates for a three-year loan currently range from 7.25% to 7.5%.

Sunwest Bank has four offices in Southern California. To date, the bank’s financing of seniors housing properties has been limited to California, although Frank says the bank will consider projects outside the state.

Conventional lenders probably won't flood the retirement housing market anytime soon. "Seniors housing has a learning curve, and not all lenders are willing to understand it,” says Frank. Fortunately, the industry has the GSEs and some community banks like Sunwest to pick up the slack, he emphasizes. "We plan to do more in seniors housing.”