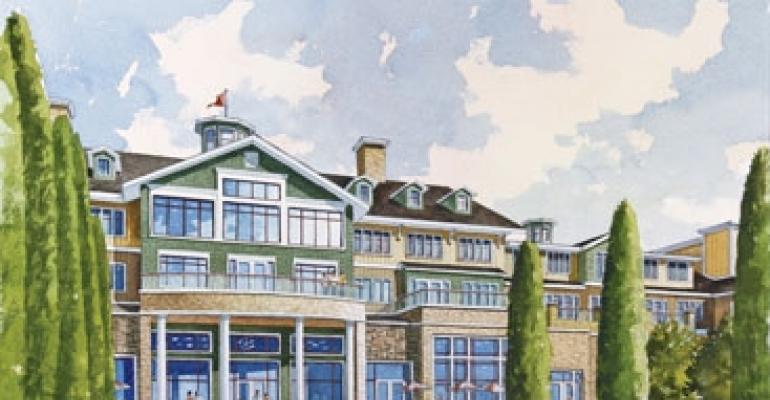 The business case for new development is gaining support among seniors housing owners and operators, an indication that an uptick in construction could occur within the year.

Construction costs, while rising a bit lately, are still well below prices of two to three years ago. Borrowing costs remain low. And with few new facilities under way, there’s a growing consensus that now is the right time to build.

“Our problem in the industry is not oversupply, it’s under penetration,” says Patricia Will, president and CEO at Belmont Village Senior Living.

Penetration is a commonly used metric in the senior housing industry that right now is running at 3.7% nationally for assisted living properties, according to the National Investment Center for the Seniors Housing & Care Industry (NIC) based in Annapolis, Md.

Construction of new seniors housing projects as a percentage of the existing inventory is low, currently under 2%, according to NIC. Looking ahead to 2011, only about 2,600 independent living and 700 assisted living units are expected to open.

Projects started now should be ready at the end of 2011 or in early 2012. By then, a more robust marketplace for seniors housing should emerge as the residential housing market improves, sources say. Developers are picking spots carefully. Locations must have the right demographics and little competition.

“A lot of older facilities don’t have modern technology or architecture,” says Michael Berne, managing director and seniors housing practice leader at Jones Lang LaSalle, who operates out of the brokerage giant’s New York office. Older facilities often don’t have the latest amenities either, he adds.

At the same time, Jones Lang LaSalle is arranging financing for a 152-unit nursing home in Freehold, N.J. The building’s sponsor is Workman’s Circle, a non-profit operator. “Lenders are actively interested in talking to us,” notes Berne. “It’s a real turnaround from a year ago when lenders wouldn’t even return phone calls.”

No picnic for borrowers

The estimated lease-up period must be as well documented as possible. And, unlike several years ago when equity contributions were as low as 10% to 15%, lenders want equity outlays of 30% to 40%.

Total construction costs are down 15% to 20% from two years ago, sources say, even though the prices for lumber and steel have turned up lately. Labor costs remain low because of high unemployment.

Contractors and subcontractors are keeping their prices down in order to stay busy, notes Will, the executive with Belmont. “They’re willing to take less of a margin to keep their business together,” she says.

Meanwhile, land sellers are now willing to wait for seniors housing developers to secure zoning and site development approvals, something land owners wouldn’t do several years ago when eager buyers were plentiful.

Still, land isn’t necessarily cheap. “It all depends on the location,” notes Berne. And Belmont’s Will says there are plenty of land owners who don’t have to sell and who are more than willing to hang on to their land until selling conditions improve.

Factoring in today’s reduced development costs, Will says Belmont’s new projects should perform well financially. She anticipates the investment return on a new development at more than 10%, compared with about 7% to 9% for an acquired property. “We see a permanent pricing advantage with anything we create now.”