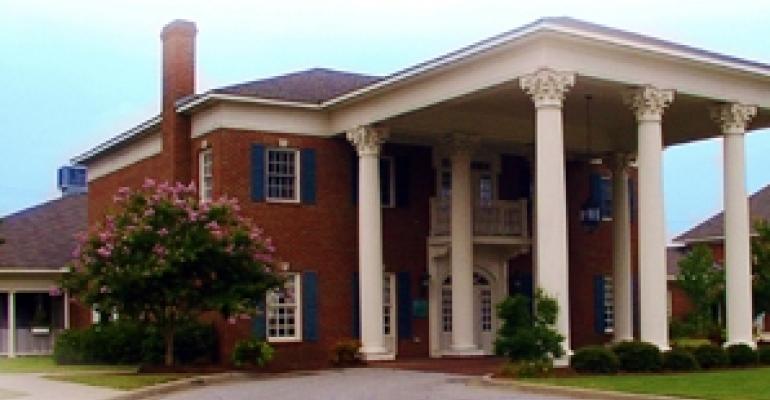 Long-term care facilities owned by county governments have emerged lately as a small, but potentially profitable, investment niche. Private companies are buying the mostly rural projects from local governments that don’t have the funds or know-how to fix outdated buildings with money-losing operations.

Chicago-based Evans Senior Investments recently brokered the sale of a continuing care retirement community in South Carolina for $11.3 million, or about $51,000 per bed/unit. The buyer is Madison Healthcare Management. Prestige Healthcare, based in Louisville, will operate the property.

“The county had a good facility, and they felt it was time to put it into the management of a company that does this full time,” says Bob Norcross, CEO at Prestige Healthcare. “It seems to be a very good fit between the county and us.”

Madison and Prestige own and operate other facilities together. Entrepreneur Craig Flashner formed Madison Healthcare in 2003. The New York-based company owns 23 skilled nursing facilities with more than 3,600 beds.

Known as Springfield Place & the J.F. Hawkins Health Care Center, the South Carolina property is located in Newberry, about 30 minutes from the state capital of Columbia. The county population is about 38,000, and about 18% of the residents are age 65 or older.

County-owned and operated nursing homes started to appear around the country in the 1960s. They were typically opened to serve the elders in places where no other long-term care facilities existed. The projects weren’t designed to make money, but to serve local residents. The hope was always to at least break even, say administrators.

The recent recession has made that modest goal a difficult one to reach. Residents in county-owned nursing homes often rely on Medicaid payments, which usually amount to less than what residents who don’t qualify financially for Medicaid pay for a spot. Meanwhile, nursing care costs continue to rise. Counties also often don’t have the cash reserves to upgrade an older facility, which can quickly become obsolete.

As a result, county-owned homes are being sold or shuttered — a situation that often raises concerns among local residents about the future of the homes. County leaders in the state of New York, for example, hosted a forum last year to discuss the problems and future of county-owned homes.

A number of counties in Pennsylvania are grappling with the same situation. The only options often are to sell the properties, or to raise taxes to cover needed repairs and cash shortfalls.

“The county government is not well suited to run specialty properties such as a nursing home,” says Wayne Adams, the county administrator of Newberry County, S.C. Besides the Newberry County facility, he says three county-owned long-term care facilities in South Carolina have been sold in the last two years. Only two county-owned projects are left statewide.

The Newberry facility was losing money, Adams says. The sale generated net proceeds for the county of about $1 million.

Time for an update

Jason Stroiman, president at brokerage firm Evans Senior Investments, says the Newberry property is underperforming. The new owners should have a lot of upside potential by improving operations.

County-owned properties can be risky, too. Local politics can influence the decision to sell and the selection of a buyer. Area citizens may object to the change. A sale has a long lead time, too. Stroiman first started to talk to Newberry County about its property six years ago. County officials held numerous public hearings about the sale of the property. “These deals take time and patience,” says Stroiman.

Stroiman marketed the property to a handful of potential buyers. “We try to find a buyer that’s a good fit,” he notes. Stroiman’s company has had discussions in the last year with the officials of 12 other counties regarding the sale of their long-term care facilities.

The company has sold more than $50 million of seniors housing in the last three years for nonprofits, such as hospitals and county governments. “We anticipate seeing more of this activity,” says Stroiman.

The new owners plan to update the Newberry property. Residents and their families will help plan changes at the property, according to Prestige’s Norcross. “We will have meetings with families and residents starting in early summer to get their input on what they’d like to see, and what we feel would work well.”