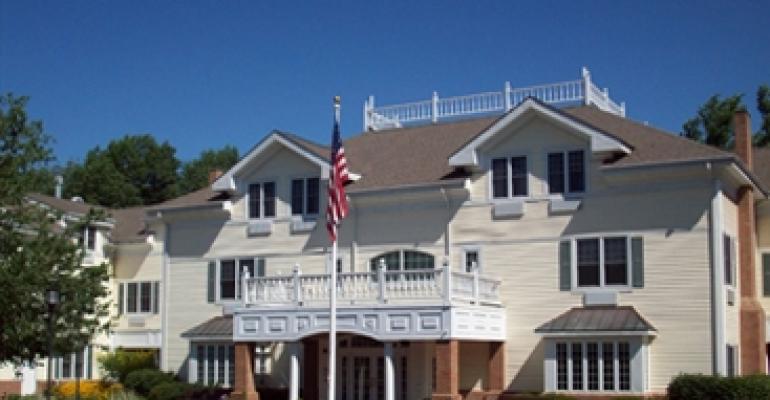 In a move to lock in low interest rates, Chelsea Senior Living has refinanced six assisted living buildings in New Jersey for $100 million. The loan was originated by KeyBank Real Estate Capital and backed by Freddie Mac, a government-sponsored lending agency with a large seniors housing portfolio.

The deal is among Freddie Mac’s biggest transactions of the year. Chelsea and private equity firm The Carlyle Group jointly own the properties.

“It’s a good time to borrow,” says Herbert Heflich, chief executive and chairman of Chelsea Senior Living in Fanwood, N.J. “We see inflation coming down the line.” Besides higher financing prices, Heflich thinks competition for funds will heat up in the next 24 months as more owners seek to refinance properties.

The loan is a capped adjustable-rate mortgage (ARM) with a seven-year term. The rate is currently about 3.3%, comprised of a 3.05% fixed rate plus a floating rate based on the one-month London Interbank Offered Rate (LIBOR). The rate is capped at 6.75%.

“We got a tremendous rate,” says Heflich. GE Capital had previously financed the properties. Two years remained on the GE loan when the properties were refinanced. “We had a great rate with GE also, but our new loan has a cap,” notes Heflich.

The current interest rate environment is highly attractive, says Carolyn Nazdin. She originated the Chelsea loan and is vice president at KeyBank Real Estate Capital in Washington, D.C. “It’s a good time to refinance,” she says. Interest rates will probably stay low in the short term, says Nazdin, who foresees a lot of refinancing activity in the year ahead.

The decision to refinance isn’t straightforward, however. Loans often have a prepayment penalty. “Owners have to weigh the cost benefit of getting out of the existing loan in order to lock in a low rate going forward,” says Nazdin.

A nice feature of the Freddie Mac ARM is that the borrower doesn’t pay for the interest rate cap upfront. Instead, the cost of the cap is rolled into the loan over the term. “It’s very efficient for borrowers,” says Nazdin.

Government-sponsored agencies, including Fannie Mae and Freddie Mac, along with HUD, have become the primary sources of funds for seniors housing properties during the economic downturn as traditional lenders have exited the market.

Both Fannie Mae and Freddie Mac typically purchase the loans from the originator and then hold the loans or resell them. Freddie Mac currently has a seniors housing portfolio worth a little more than $6 billion.

Adjustable, capped rate mortgages are popular with equity funds, such as Carlyle, co-owner of the Chelsea properties, says Steve Schmidt, national seniors housing director at Freddie Mac in Chicago. “Owners want the flexibility to sell the property in five to seven years.” The cap also limits the downside, he adds.

“We feel good about this [Chelsea] deal,” says Freddie Mac’s Schmidt. “We’ve known all three parties, and Chelsea is a good operator and dominant in the New Jersey market.”

It also helped that Chelsea had a reputation for stabilizing troubled properties. For example, the company bought a struggling building 18 months ago in Toms River, N.J., for $5.5 million. The building was relatively new and only partially occupied. It cost $16 million to develop. The property, which is not part of the refinancing deal, is now 97% occupied.

The refinancing took about four months to complete. Small loans at Freddie Mac are processed in about 60 to 75 days, according to Schmidt. Big loans take about 90 days.

As the primary lenders in the seniors housing arena, Fannie Mae and Freddie Mac are working to close a number of deals by the end of the year, notes KeyBank’s Nazdin, who previously worked at Fannie Mae. But the agencies also are starting to process new deals for 2011, Nazdin says. “The agencies are very mindful of borrowers’ timelines.”