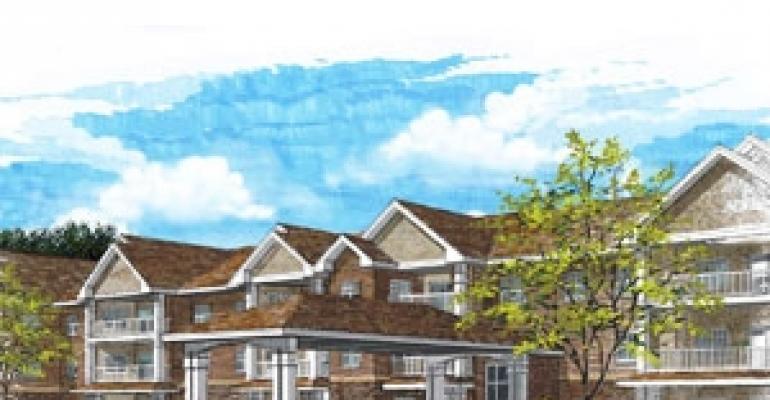 Traditionally considered among the most active seniors housing markets, Chicago’s assisted and independent living properties are showing signs of improvement as the local economy slowly recovers and developers make plans for new projects.

“The Chicago market had a bigger decline than we saw nationwide,” says Michael Hargrave, vice president at the National Investment Center for the Seniors Housing & Care Industry (NIC), which recently held a forum in Chicago on the Midwest seniors housing market. The decline was so steep due to a big growth in inventory of about 4,600 units, notes Hargrave.

But the market is recovering. Occupancies rose to 86.3 percent as of the third quarter of 2011, up now about 200 basis points from the low point. “That’s a good sign,” says Hargrave.

By property type, independent living buildings in the Chicago area have surprisingly performed a bit better than assisted living facilities. The conventional wisdom during the downturn has been that assisted living properties outperform other property types because seniors who need assisted living services have no choice but to move. However, today’s seniors who might want to move to an independent living building may opt to remain in their current homes because it’s easier to stay put, and it’s hard to sell houses now because of the weak residential market.

Focused on the relative strength for independent living buildings, Essex Corporation plans to break ground this spring for an entry-fee retirement project in Northbrook, a suburb north of Chicago. The Lodge of Northbrook is an independent living building and will have 57 units, some as large as 2,230 square feet. Entry fees range from $84,781 to $528,112. Monthly charges are from $889 to $4,259.

Essex has another new Chicago-area project, the Homestead at Morton Grove, opening next April in the northern suburb. “The demographics in these areas are good,” says Layne Yahnke, vice president of operations at Essex in Omaha.

The big drop in assisted living occupancies was fueled by a fairly large wave of new construction, notes Hargrave. About 2,000 units of assisted living were added in the Chicago area from 2008-10, a 27 percent hike in inventory.

Though average occupancy rates provide a window into the health of the overall market, the performance of individual properties is really a story of the “haves” and “have-nots,” says Hargrave. In the Chicago area, 52 of the seniors housing properties are 95-100 percent occupied, while 47 properties are 80 percent or less occupied. “It’s hard to tell why,” says Hargrave. Though he can’t explain the occupancy gap, Hargrave doesn’t agree with the common wisdom that older properties struggle with occupancy. He cites a number of well-established buildings that are full.

Meanwhile, rent growth in the Chicago area is starting to quicken. In the third quarter of 2011, rent growth year-over-year was up 1.4 percent for assisted living and 1.9 percent for independent living. “That’s what we are seeing in other markets,” says Hargrave, adding that the increases, however, are not keeping up with the rising costs for food and energy.

Although the Chicago market is improving, there is a cloud on the horizon. Chicago still has a sizeable pipeline of new properties with 1,500 units under way. That’s about 4.5 percent of the current inventory. Nationwide, in the top 31 markets, inventory growth is just 1.5 percent. “This is something to monitor,” says Hargrave. On the plus side, absorption of units is outpacing construction starts. “That’s encouraging,” he says.