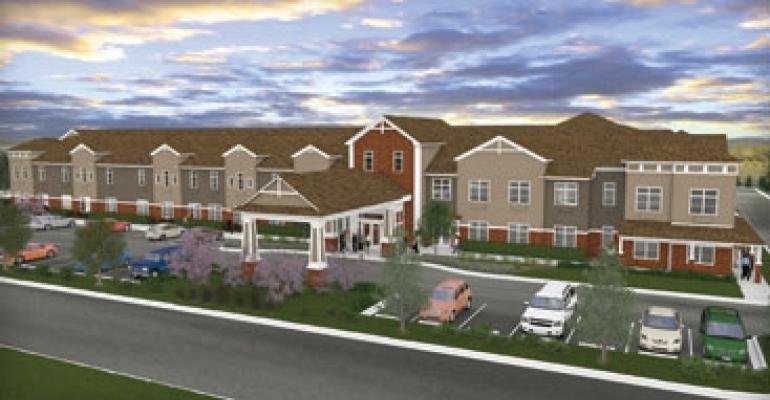 City of Big Shoulders Is Tops for Seniors Housing Development, But Will that Weigh it Down?

Forget about the failed Olympic bid or another disappointing season for the Cubs. Chicago is second to none in seniors housing. In fact, the Chicago area heads the list of big metro markets with the most new units under construction.

Even more product is poised to hit the market as developers move ahead with plans for a handful of big projects. Although the construction wave raises concerns about a potential supply glut, sources say a recent upswing in leasing activity could help absorb some of that space after several years of rising vacancies.

“We are always concerned about overbuilding,” says Thilo Best, chairman and CEO at Horizon Bay Retirement Living, which manages three mostly independent living buildings in the Chicago area. “But Chicago's a big market.”

Horizon Bay recently broke ground on a new assisted living project in southwest suburban Plainfield with development partner South Bay Partners of Dallas. The new project, the Park at Plainfield, should be a winner, notes Best. It's near a busy local hospital that can provide resident referrals, and the area has few other assisted living options. "It's a really good location," he says.

Though certain submarkets may still hold development opportunities, on balance the Chicago area is exhibiting signs of oversupply. The metro area has 2,450 units under way, the most construction activity of large metros, according to the 2009 Seniors Housing Construction Trends Report recently issued by the American Seniors Housing Association (ASHA) and the National Investment Center for the Seniors Housing & Care Industry (NIC). Over the past five years, 33 new properties have opened in the Chicago area, the most nationally.

Developers favor the area because it’s one of the largest metro markets in the country with 9.6 million people and a sizable population of seniors, about 11% of the total. The number of people age 65 or older is expected to double by 2030.

"The Chicago market has seen a pretty significant amount of seniors housing construction," says Michael Hargrave, vice president of research at NIC. Since the end of 2005, the market has absorbed just 51% of the new supply of independent living units, and 59% of assisted living units.

More units are slated to come on line. Six new continuing care retirement communities are planned, each with about 150 to 200 independent living units. Eight other newly revamped continuing care developments are about two-thirds full, according to Dan Hermann, senior managing director and group head of seniors housing at Ziegler Capital Markets in Chicago.

"The units in these (projects) will be absorbed,” reassures Hermann. He notes that the new projects are located in housing markets, mostly well-heeled suburbs, where property prices have held up fairly well during the recession.

But headwinds remain. Continuing care retirement communities, which charge entry fees of about $250,000 to $1 million, are offering concessions. Buildings are taking about six months longer than expected to fill, Hermann says.

What’s more, Erickson Retirement Communities recently ran into financial trouble. On Oct. 19, the company filed for bankruptcy with a plan to restructure more than $1 billion in debt. At the same time, Erickson announced it was being purchased by Redwood Capital Investments LLC, though the agreement must be approved by the court. The purchase price was not disclosed.

Erickson has two suburban Chicago projects, Sedgebrook in Lincolnshire, and Monarch Landing in Naperville. An Erickson spokesperson declined to comment except to say that sales are still under way at both projects. So far this year, Monarch Landing, with 367 units, has sold 42 units and has reservations for another 67 units. There have been 88 sales at Sedgebrook and 61 new reservations. The community has 469 units.

Leasing activity at rental buildings has increased since August, according to owners and operators. Inquiries are up 13% year over year at Brookdale Senior Living, which has nine rental properties in the Chicago area. Move-ins are up only slightly, however, according to Greg Martin, vice president of field sales and marketing in Boston at the company's north division.

At Senior Lifestyle Corp., occupancies at the company's Chicago-area buildings are rebounding, up 5% to 6% over last year. About half of Senior Lifestyle's 52 properties are in the Chicago area. "Chicago is bouncing back faster than other markets," says CEO John Cobb.

The pool of affordable seniors housing also is set to expand, but it could mean more competition for market-rate properties. Illinois' Supportive Living Program will add 550 units in the Chicago area this year and another 1,325 units in 2010. Though the assisted living buildings accept Medicaid payments and attract low-income seniors, about 40% of the units target persons with higher incomes. Market rate rents average about $3,500 per month.

The state plans to authorize even more buildings, according to Wayne Smallwood, executive director of the Affordable Assisted Living Coalition. He thinks another 10 Supportive Living buildings will be approved for the city of Chicago. Occupancies at buildings open at least 12 months are 96%, according to Smallwood. “Residents and families like the model.”