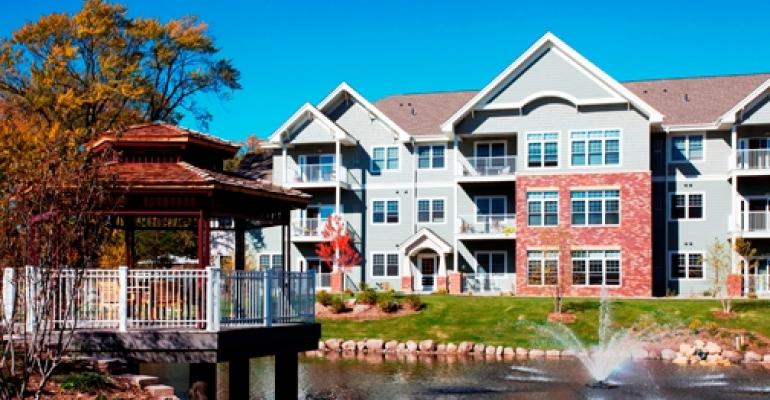 Cooperatives for seniors are turning out to be a good investment for the big commercial developer United Properties. The privately held Minneapolis-based company has staked out a niche in seniors cooperatives in its home market with preliminary plans to expand to other states.

Several more co-ops are on the drawing board. The company also plans to break ground this summer on its first assisted living building, which will be situated on a co-op campus.

“Co-ops have been around in the Twin Cities for about 30 years,” says Brian Carey, senior vice president at United Properties. “The co-op has proven to be a stable real estate asset.”

Cooperatives for seniors are not widespread. They are found mostly in the Midwest where a sense of community is important. Co-ops appeal to seniors who want to be actively involved in a community and its operations.

The housing model is similar in structure to the co-ops commonly found in New York City. But senior co-ops are age-restricted. Senior co-ops also often limit the resale price of the units, a feature that potential buyers find attractive. “There are no speculators creating a bubble like we saw with condos,” says Carey.

United Properties decided to jump into the seniors housing market about 10 years ago. The privately held company liked the demographics of the rapidly expanding seniors sector and wanted a business that would complement its commercial development arm. “There’s a real need for the product,” says Carey.

The three- and four-story co-op buildings range in size from 48 to 120 units. A 90-unit building costs about $25 million to develop. The size of units ranges from about 850 sq. ft. to 1,800 sq. ft. The buildings are meant only for independent seniors. The average age of residents is 72.

Then, an elected resident board can decide to renew United’s contract or hire another property manager. The co-op board and resident committees run the building. “They call the shots,” notes Carey.

The co-ops feature fitness centers, community rooms, libraries, and underground parking. Dining service is not offered, though the buildings have large community kitchens for residents to host special events. Each building has several guest suites for visitors to stay overnight.

Monthly fees depend on the size of the down payment, since part of the fee goes toward mortgage payments. Monthly fees range from $350 to $2,200 a month.

The price appreciation per unit is limited to 2% a year. In the last 12 months, 85% of units sold at the appreciated price, and another 15% sold for at least as much as the buyer initially invested.

“Sales have been slower during the downturn,” says Carey. “We have no shortage of people interested in moving in. Selling a house is the challenge.”

Even so, Carey notes that vacancies overall are less than 2%. Even during the downturn, small units have not been the best sellers. The most popular unit is still the two- bedroom, two-bath apartment with a den. “Residents are moving from a house and they want space,” notes Carey.

While United Properties manages the waiting list of buyers, it does not take a commission on property sales. “It’s a formula that allows the co-op to stay affordable,” says Carey.

Details of investment returns on United Properties’ co-op business were not available. Industry experts say developers typically earn a fee of 5% or more of a project’s total development costs. Property management fees of seniors housing projects are usually about 5% of building revenue.

Carey says United Properties is interested in being a property owner. The company plans to develop and own assisted living buildings located adjacent to, or near, the co-op buildings.

The company will start construction later this summer of its first assisted living building, an 80-unit community in Roseville near its co-op there. “Through assisted living development, we can have an ownership interest,” notes Carey.

The co-op model has definitely gained traction in the Twin Cities, but can it work in other places? Carey thinks so. The company is evaluating other locations. He believes the model is a winner because the co-op has price controls and is not susceptible to booms and busts.

Carey admits, however, that selling co-ops in a market where many seniors may be unfamiliar with the concept will take some effort. In new markets, “there will be a longer education period, but I am pretty confident we will be able to expand beyond the Twin Cities.”