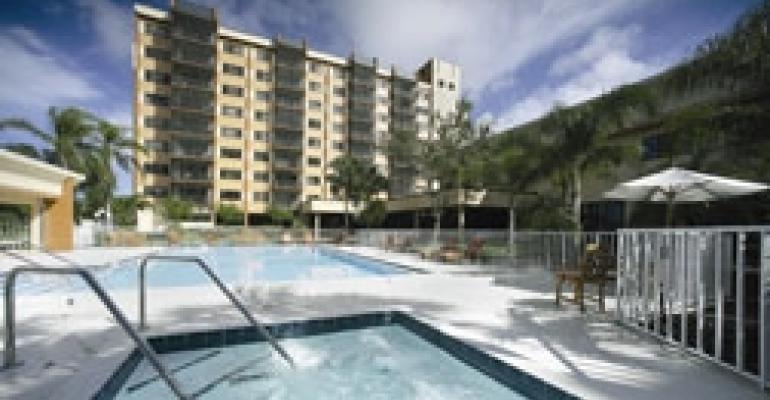 How can operators stem rising vacancies at independent living buildings? One solution comes from property manager Horizon Bay Retirement Living. The Tampa-based operator of 77 buildings is converting just over 200 independent living units to dementia care residences at seven developments, mostly in hard-hit real estate markets in the Sun Belt. Meanwhile, units at a San Antonio project that had been used for hospice care also are being converted to memory care units.

“We are one of the few operators with such heavy exposure to independent living,” says Steve Benjamin, president at Horizon Bay, which is privately held. “So diversifying our portfolio makes sense.”

About 70% of Horizon Bay's portfolio consists of independent living units. Vacancies in those units have risen 2% since the end of last year, Benjamin says. Occupancies currently average 91.5% portfolio-wide.

Occupancies at many independent living buildings have been hurt over the last year by declines in the broader housing market. Seniors who can’t sell their homes often put off a move to a retirement building.

Meanwhile, the value of their stock investment portfolios has declined, making potential residents nervous about making a move. What’s more, adult children who at one time might have been able to help foot the bill for a senior apartment often now find themselves out of work. “The sales cycle in independent living is challenging,” says Benjamin.

Horizon Bay has about 400 move-outs per month, with about 8% to 10% of seniors leaving because of memory problems that require a building with more services and care. Residents in Horizon's independent living units are on average 88-years-old. About half of people over age 85 have dementia, studies show. So the conversion of apartments to dementia care makes a lot of sense, says Benjamin. “It’s a win-win situation.”

Residents who had been living independently and find they need more help can move to an assisted living suite. That makes it easier for the family who doesn’t have to find a new community with more services. At the same time, Horizon Bay keeps residents by shifting them to the memory-care section of the building. “We have a captive audience,” says Benjamin.

Another plus: dementia care is a bigger revenue producer. An independent living apartment at a Horizon Bay property rents for, on average, about $3,000 a month. A unit in a dementia care wing costs about $5,500 a month. Long-term care insurance often covers part of the cost. Relatives sometimes chip in, too.

Retrofitted projects opened recently in Largo, Fla., and Tiverton, R.I. The Largo building, Pinecrest Place, has 440 apartments. Forty of the units were converted to memory care. Another 25 units of assisted living were added, bringing the total number of assisted living units to 105.

The dementia care section has been open several weeks and is already 50% occupied, mostly by residents from the property’s independent living apartments.

The units selected for conversion are typically grouped together, usually on one floor of a building. The conversions include modifications for security and redecorating. The cost per building is about $30,000 to $100,000, which comes from the capital expense budget, or directly from the building owner.

Horizon Bay also is opening new buildings, each with a large assisted and dementia care component. The projects are being developed in partnership with South Bay Partners of Dallas. A 120-unit project is under way in Plainfield, Ill., a southwest suburb of Chicago. About 70% of the units are assisted living and 30% are for seniors with memory problems.

A similar project opens this year in Coventry, R.I. Another new development is Raider Ranch, a continuing care community in Lubbock, Texas.

Looking ahead, Horizon Bay will complete the new projects under way with South Bay Partners and finish the conversions. Other new projects could be on the drawing board in 2010, says Benjamin, but that’s a tossup. “It depends on the [real estate] market and the economy.”