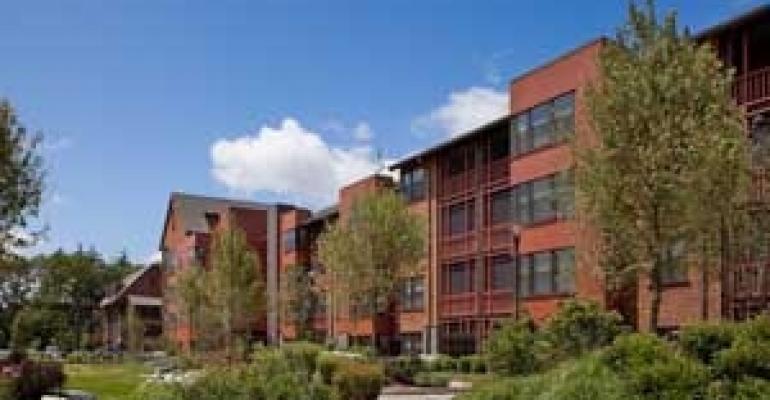 The household model, which focuses on a handful of residents, has emerged as the one of the top design trends in long-term care buildings, according to a new report. Other popular trends certain to shape the industry include residents aging in place in independent living apartments with assisted services brought in as needed, and buildings that offer on a single specialty.

The findings are part of the Design for Aging Review, a design competition sponsored by the American Institute of Architects and Leading Age, an industry group. The competition highlights innovative seniors housing projects, including nursing homes, dementia care projects and assisted living and continuing care retirement communities.

Thirty-five projects won awards in a variety of categories. About 35 percent of the award-winning projects featured the so-called household model. This design clusters residents in groups of 10 to 16. Each household, or neighborhood, typically has its own communal kitchen and living areas. Residents usually have private rooms. Staffers focus on the individual residents’ needs.

“The household is really replacing the institutional model,” says Emily Chmielewski, report author and architectural researcher in the Pittsburgh office of Perkins Eastman.

The design has gradually been introduced to other long-term care settings. Based on the submissions for the Design for Aging Review awards, the fastest growth in the use of the household model has been among nursing facilities. The award-winning NewBridge on the Charles is a continuing care community in Denham, Mass. The project has independent and assisted living units, as well as a skilled nursing facility licensed as a hospital. The multi-story nursing building has six households per floor. “It’s really a new approach to the household model,” notes Chmielewski. The residents are clustered in households, but the households are situated in a big building with a large staff and plentiful services.

Making the switch to a neighborhood concept requires a commitment from management, notes Chmielewski, who, in her work at Perkins Eastman, conducts post-occupancy evaluations of projects to determine whether the design meets its objective. “A lot of staff training is involved,” she says.

Other design trends from Design for Aging Review include:

Connection to nature. More than 95 percent of the award-winners had features connecting the community to the outdoors. Walking trails, parks, and outdoor rooms are common features.

Connection to the wider neighborhood. About 53 percent of the projects are linked to the local community. Some projects offer age-related services to elders who do not live at the retirement community. Many projects involve residents in local volunteer programs. Urban retirement developments, which are growing in popularity, allow residents to take advantage of pubic transportation, and nearby restaurants and medical facilities. This trend also permits owners and operators to spend fewer resources on common area spaces and activity programs since the neighborhood offers these benefits.

Green and sustainable design. Half of the award-winning projects included a green or environmentally-friendly feature.

A focus on aging in place is also evident among the award-winning projects. The distinctions between assisted living and independent living are being blurred in an effort to allow older adults to stay in their units or apartments. Residents in independent living units who need assistance bring in helpers and services, instead of moving to assisted-living units. “Some facilities are eliminating assisted-living apartments,” notes Chmielewski.

Also, some retirement communities are narrowing their focus to one specialty. Since a facility can’t be all things to all people, Chmielewski says, the idea is to excel in one area, such as dementia or nursing care. For example, Childers Place in Amarillo, Texas, has targeted skilled care, offering high-quality nursing and memory care. Childers Place also offers services such as support groups and consumer education programs for the wider area. “They have really become a community resource,” says Chmielewski.