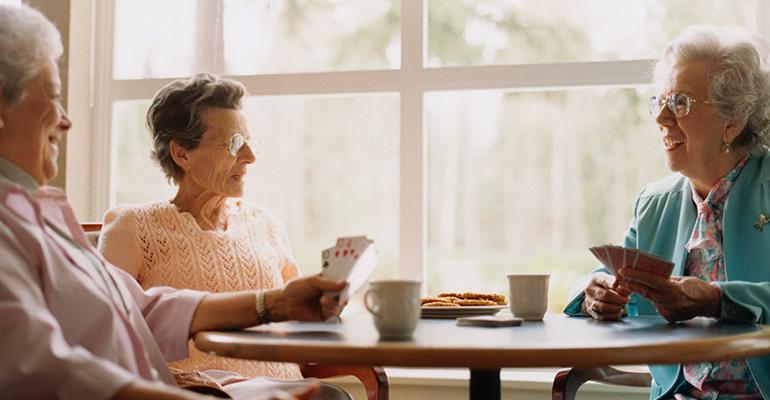 Despite Accelerated Building, Seniors Housing is Still Waiting for Pick-Up in Demand

Under typical circumstances, a real estate segment that is showing signs of oversupply at the tail end of a building boom might be a source of concern for real estate professionals. That is not the case for seniors housing.

The names and descriptions of recent luxury seniors housing projects read almost like a draft day roster for a major sports league.

On April 13, Bridgewater Capital announced plans for Mill Creek Place, an active adult community of townhomes on 38 acres in Staten Island, N.Y., with easy ferry access to Manhattan. In Fort Lauderdale, Fla., Canadian developer Jean Francois Roy is aiming to develop the Riverwalk Residences of Las Olas, envisioned as a luxury high-rise rental development for seniors along the Fort Lauderdale Riverwalk, according to media reports describing the project.

Mill Creek Place has already attracted about $30 million in investments to buy the land for the project, while Riverwalk Residences of Las Olas could generate at least $19.2 million in rental income for Roy’s firm if it brings in projected rental income on the reported 401 units as planned.

Luxury, it seems, is still a catchy buzzword in the seniors housing market for 2017.

“It is a strong sector right now, and it really all goes back to the health of the economy and the health of the housing market,” says Charles Bissell, managing director of valuation and advisory services with commercial real estate services firm JLL, based in Richardson, Texas. “When seniors have the ability to sell their houses and generate significant proceeds from those sales, they are a lot more bullish about going into a luxury community.”

Investors in luxury seniors housing include more than private firms like Bridgewater Capital and Jean Francois Roy, but REITs as well. In its “Seniors Housing Research: Second Half 2016,” real estate services firm Marcus & Millichap notes that REITs are pursuing luxury units, which make up a large share of projects coming on-line. Properties in the segment are trading at yields between 6.0 and 6.5 percent in primary markets.

The Seniors Housing Research report comes after a year-long period when development in the segment was slowing down. Under typical circumstances, a real estate segment that is showing signs of oversupply at the tail end of a building boom might be a source of concern for real estate professionals. That is not the case for seniors housing, however, because the industry is expecting a surge of demand in the sector—and not just for one type of property, either.

In previous development cycles, seniors housing product adhered to a uniform theme: a freestanding, single-care facility located in an outer suburban market. Construction costs were low, leading to fast production. Not anymore. Developers offer a much wider array of housing options, along what the industry calls a continuum of care. They include apartment complexes that provide a la carte services like social activities and meals, plus skilled nursing properties, all the way through to long-term chronic care in nursing homes, according to the “2017 Seniors Housing Outlook,” from JLL.

The seniors housing building boom started in 2011 and accelerated through 2015. In 2016, the sector experienced a slight slowdown in new units. Scarcely a year after the real estate industry reined in its enthusiasm for developing seniors housing units, the sector is picking up steam again. By the end of 2017, builders could increase the number of units under construction by between 5.0 and 6.0 percent of existing inventory, Bissell says.

Those new units could come on-line before seniors are ready to fully occupy them. It will be 2021 before the oldest of the baby boomer generation turn 75, the earliest when most seniors move into seniors housing. Since the market for senior care is geared toward those aged 80 and above, the industry might not see a huge increase in demand for assisted living and memory care facilities until 2026, Bissell notes.

Even the well-documented high costs of long-term care can be mostly counterbalanced by the progression of aging in the United States. Many seniors never need long-term care and can live most of their retirement in their apartments, Bissell says. Pre-retirees who adhere to thoughtful retirement strategies can find that the proceeds from a property sale can go a long way toward supporting a luxury apartment in a high-rise built for seniors.

How should the market respond to the restrained demand for seniors housing units until the expected surge in the 2020s? In the interim, lenders are screening proposed projects more carefully, and they are more likely to back projects that devote square footage to the continuum of care for seniors, Bissell notes.

“The demand between now and 2035 will double,” he says. “The huge increase in demand will require a lot of capital, and demand for quality operators. That makes it a good sector to investigate and get up to speed on.”