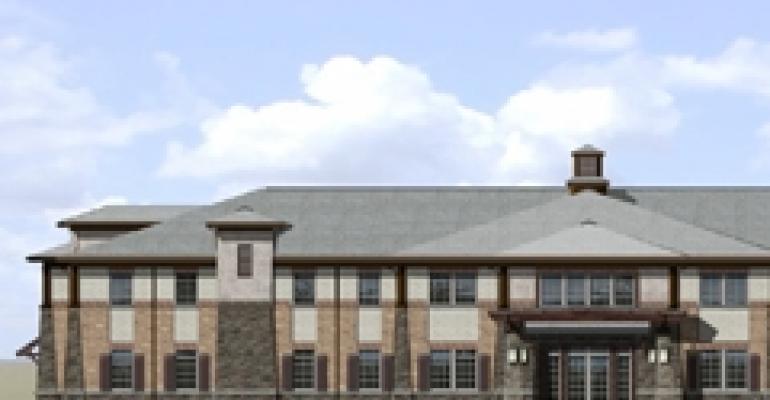 With a quickly growing inventory of new seniors housing projects, the Houston area might not seem like the best place to build another facility. But several developers are carving out specific niches in the nation’s fourth largest city, hoping to capitalize on the housing needs of elders who require lots of assistance.

Houston’s seniors housing inventory has grown by 16.2% since the end of 2006, according to the National Investment Center for the Seniors Housing & Care Industry (NIC). With 13,518 seniors housing units, Houston ranks 18th among the top 31 markets tracked by NIC.

The building is part of a 22-acre, mixed-use development that will eventually include a 70-unit independent living project and 46 single-family, patio-style homes for seniors. The development also will feature retail space for physicians, a pharmacy and other senior-friendly services.

“We’re bullish on Houston,” says Jeramy Ragsdale, principal at Atlanta-based Outer Marker Properties. “Texas has been more shielded from the recession than other parts of the country.” Outer Marker Properties has experience in seniors housing. The company owns and operates four assisted living and memory care buildings in the Southeast.

The co-developer of Hampton Pointe is Wallace Bajjali Development Partners based in Sugarland, Texas. Wallace Bajjali develops single-family homes as well as multifamily and commercial projects.

Hampton Pointe will feature 54 beds for assisted living residents, and 24 beds for those who need special memory care. Monthly assisted living rates will range from $3,500 to $4,000. Memory care starts at about $4,000 a month. Rates are all inclusive without extra charges except for incontinence care.

“In the Missouri City area there’s a significant gap in the supply of affordable, high-quality seniors housing,” notes Ragsdale. Comparable units in buildings in nearby Sugarland cost about $1,000 more a month, he adds.

Assisted living and memory care communities also are the focus of the LaSalle Group, which plans to build 10 to 12 projects in the Houston area. The Dallas-based company recently opened Autumn Leaves of The Woodlands in the master-planned community north of Houston.

Other projects are under way. Autumn Leaves of Riverstone is under construction in Missouri City and is scheduled to open in the spring of 2011. Autumn Leaves of Cypresswood in Spring, Texas, north of Houston, will open in late spring.

“There’s demand in Houston,” says Brenda Brantley, vice president of finance at the LaSalle Group. The company prefers areas populated by the middle-aged adult children of potential residents. A site should be no more than a 10-minute drive from the residence of the adult children, or within a six-mile radius. “We want to be within a reasonable driving distance for the families,” says Brantley.

The LaSalle Group owns and operates 14 assisted living buildings in Dallas, Houston and the Chicago area. Another new project just broke ground in Tulsa, Okla. Each building costs about $8 million to $12 million to develop.

The LaSalle Group has a prototype building design known as Autumn Leaves, a single-story, standalone facility measuring approximately 26,000 sq. ft. with a residential look. The building is divided into sections or neighborhoods of about 10 residents each. Common areas for activities are plentiful. Rents at the Houston area buildings will average just over $4,000 a month.

The average occupancy rate at LaSalle’s buildings is approximately 90%. “We like upcoming, growing cities that have a good employment base,” says Brantley. She adds that Houston has weathered the downturn relatively well and that memory care buildings are somewhat recession proof because the services provided by the buildings are usually needed by seniors and their families.

Selecting the right submarket in which to build is key, according to Ragsdale at Outer Marker Properties. He expects the Hampton Pointe project to produce leveraged returns that range from 20% to 33% over a 60-month hold period. “Some of the Houston submarkets are oversaturated with seniors housing,” he says, though he declines to provide specifics. “We are very cautious about the specific areas of Houston we will go into.”