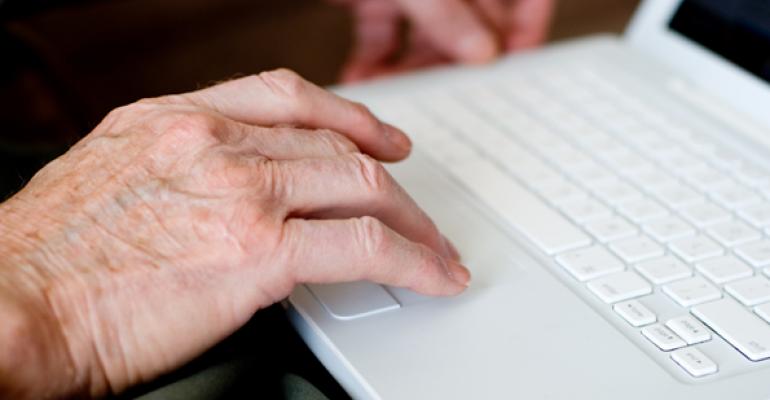 High-Tech and Seniors: No Longer Opposites

Seniors are supposed to be techno-phobes.

But the seniors housing industry is finding that adopting new technology is helping improve properties and their attractiveness to potential tenants.

The reasons for the shift may be self serving for both groups, but the result, it’s hoped, will be the same— more freedom and access to information. Facilities working to help get their tenants to use technology to interact with loved ones are also examining and building new units that use wireless monitors to help residents stay safe.

Michael Schonbrun, founder and CEO of Balfour Senior Living in Louisville, Colo., says residents are ready to accept technology both in their homes and in their lives. An admitted technophile, he says he purchased five iPads when the second version came out, and brought them into his firm’s properties for users to try.

“We started doing classes, and initially, we thought the biggest interest was some of the music or drawing applications,” Schonbrun says. “Instead, it was Google Earth. We had residents pulling up their hometowns in Germany or their junior high school in Iowa. Seniors in their 80s were now able to show their fellow residents something about their lives. They also could start reading books and newspapers again, because they can easily make the print bigger.”

The residents now check out a number of iPads his properties keep on a library system, while also signing up for time to use large-screen televisions set up for Skype use with their families. “It’s very popular in our skilled nursing wings,” Schonbrun said. “Many of our seniors are from out of state--they moved to be close to one family member, but have many more they can’t visit often.”

His firm is also breaking ground on a new property in downtown Denver, tentatively called Balfour at Riverfront Park, which will offer sensor-driven monitoring systems for residents. His firm has contracted with GE Healthcare, an Intel partner, to install wireless sensors in units that can keep track of residents in a non-intrusive way that will not only keep them safe, but could save the company money on liability issues.

“There’s always a fine line with respecting someone’s privacy and looking out for their well being, but we’re going to try it out,” he said. “I think with every new generation that comes into seniors housing today— we’re starting to get into the Eisenhower generation now and will come up on the baby boomers in a few years—they’re getting more used to technology in their lives.”

Monitoring technology has made leaps and bounds in the past decade or so, following on the beginnings of electronic medical record keeping. The advent of Wifi and tiny, sophisticated data-gathering sensors has created a new level of care.

Typical of these products is a technology called eNeighbor, offered by Mendota Heights, Minn.-based Healthsense. The system is dependent on small, wireless sensors placed throughout the seniors housing unit, such as on the bathroom door, near the toilet and under the bed and kitchen cabinets, as well as an optional call-button pendant sensor worn by the senior themselves.

Bryan Fuhr, vice president for business development at Healthsense, says that these monitors can provide a wealth of health data that can prevent medical issues from getting silently worse.

“These senior living providers today are dealing with residents who are older than in years past, and with [more] acute problems,” Fuhr says. “We had one community we were at the other day where 10 residents were checking in, and they had on average 10 chronic conditions per person.”

If the residents or their families sign up for the sensor use, he said, an automated algorithm process is begun that can warn staff of known situations with these conditions, he says. For example, if a resident is getting out of bed a lot at night and using the bathroom, the sensors will calculate the risk, register an alarm and recommend staff check to see if the resident is suffering from a kidney or urinary tract problem. In memory care facilities, residents who are prone to wander can be monitored without being too restricted.

“The trick is to do it while maintaining the dignity of the individual and their sense of independence,” Fuhr says. “We’re not using cameras or listening devices. Our system passively monitors activities through motion, and it’s all wireless and out of sight.”

Or is it? Where technology has completely overhauled sectors such as automotive, manufacturing and shipping, using robots to assist seniors may also be somewhere in the future. According to a recent study by Georgia Tech’s Human Factors and Aging Laboratory, more seniors than expected said they would be comfortable with allowing a robot to help them with learning or household chores.

The seniors, a mostly tech-savvy group that ranged in age from 65 to 93 years old, were shown videos of how robots could help them in their daily lives. Graduate student Cory-Ann Smarr, working under psychology Prof. Wendy Rogers, said seniors still preferred human assistance for personal or social tasks, such as eating and dressing.

Since this initial study, Smarr says there has been another group that was able to use and experience personal assistance robots from Willow Garage, a Menlo Park, Calif.-based firm. Smarr says the team is still analyzing the data from the second study, but said the devices, which look similar to the robots in the movie ”WALL-E,” can help the elderly with tasks such as medication reminders to home organization.

“It’s a misconception that older adults are negative toward new technologies, they are willing to try it if it will help them maintain their independence,” she says. “As these robots evolve, we think senior living communities are where they are going to be rolled out first.”