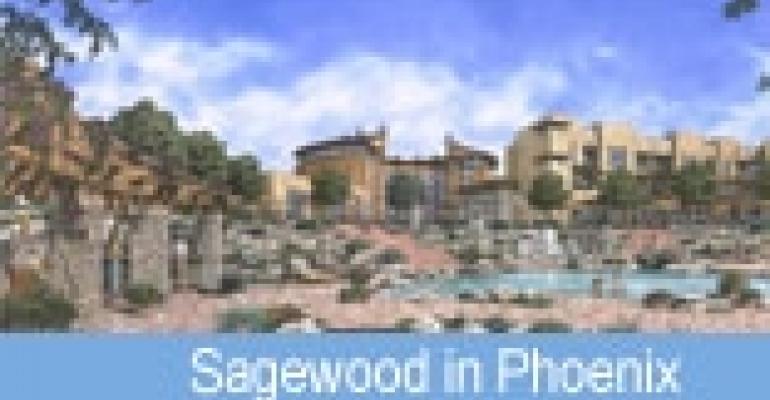 The housing slump has softened occupancy at seniors housing projects, though a few hopeful signs suggest the slide may not deepen much further. Vacancy concerns are most pronounced at new independent living buildings and continuing care retirement communities. "Those segments are the toughest right now," says David Schless, president of the American Seniors Housing Association (ASHA) based in Washington, D.C.

The slow housing market has delayed the plans of seniors who want to move to an independent-type retirement community but who can't sell their homes. Assisted living communities and nursing homes are much less affected by the housing slump because a move to those facilities is usually a necessity, not a choice.

The performance of seniors housing portfolios varies widely across the country, says ASHA's Schless. The most troubled projects are located in overheated housing markets such as Florida and California. Another trouble spot: rust-belt cities, including Cleveland and Detroit. "It really depends on where the properties are located. Some operators are not having trouble," notes Schless.

Overall, occupancies in independent living buildings slipped only slightly in the first quarter to 92.1% from 92.3% the previous quarter, according to a recent survey of the top 31 markets by the National Investment Center for the Seniors Housing & Care Industry (NIC).

Baltimore is the tightest market with the average occupancy at 96%. Las Vegas is the weakest market included the NIC survey with an average occupancy of 85.5% “We're not seeing anything catastrophic," says Larry Horan, NIC director of financial research and analysis.

Continuing care communities have been hit hard with occupancies down about 1% or 2% across the board, according to Dan Hermann, managing director at Ziegler Senior Living Finance in Chicago. New communities are hurting more than stabilized properties.

In a recent poll of Ziegler clients, 54% of developers of new communities said the housing market is having an impact on their projects. "The sale of an existing home is a real obstacle," says Hermann.

As a result, developers and project sponsors are beefing up incentive programs and staffing. "Marketing is now the highest priority for the majority of management teams," says Hermann. Developers help seniors sell their homes by offering the services of top-notch real estate agents and home stagers. Some developers help new residents secure bridge financing, or even delay entrance fee payments.

Working to the developer's advantage, most older homeowners have price flexibility at sale time, according to a new survey by ASHA and Brooks Adams Research. The study shows that seniors have lived in their homes an average of 24 years, and have substantial equity in their homes. The study polled 317 homeowners age 75 or older.

Additionally, 75% of seniors own their homes outright. "Seniors can sell their houses without feeling the pain of someone who has only been in a home for three to five years," says ASHA's Schless.

Consumer attitudes about home prices are shifting too, building operators say. That could translate into increased traffic at new communities. "Seniors are more realistic today about home values than they were six months ago," says Ziegler's Hermann.

New continuing care projects that won't be ready for several years may have an easier time with sales than projects that are opening now, say developers. That’s because seniors who commit to move to a new project in a few years believe the housing market will improve by the time they're ready to sell.

Sales are strong at Sagewood, a new $215 million continuing care project in Phoenix scheduled to open in 2010. "People put down 10%, but they know they have years to sell their house," says Rich Seibert, vice president of corporate marketing at developer Life Care Services in Des Moines. "We think the housing market will have bottomed out, or will have started to recover by then."