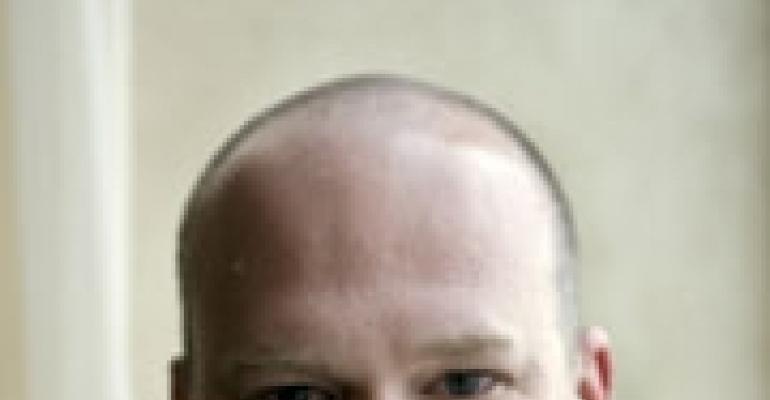 The credit squeeze has made the outlook a little murky for owners and managers of seniors housing product, but John Cobb, the new president and CEO of Senior Lifestyle Corp., has no doubt that market fundamentals will sustain the industry in the long run. In the short run, the energetic 36-year-old executive says it helps to be an established player with strong connections to deep pools of capital, which is how he characterizes Senior Lifestyle. The company owns or operates more than 70 properties in Illinois and 12 other states.

Cobb possesses an extensive financial background. Before joining Chicago-based Senior Lifestyle in March, he spent 10 years at GE Healthcare Financial Services, most recently as senior managing director of the real estate finance division. During his time in that position, GE’s portfolio of seniors housing, medical office and skilled nursing properties grew from $1.5 billion to more than $9 billion.

In fact, Cobb first came to the attention of Senior Lifestyle in 2005, when GE bought a seniors housing portfolio totaling almost 1,200 units from the company. Upon being named president and CEO, he took over day-to-day operations of the company from founder William Kaplan, who remains chairman.

Cobb plans a continued strategy of development and — if possible — acquisitions across the spectrum of seniors housing. Recently National Real Estate Investor spoke with Cobb about Senior Lifestyle and the direction of the market.

NREI: Do you anticipate 2008 will end up behind 2007 in terms of the company’s development and acquisitions?

Cobb: In terms of development, no. We develop two to four buildings a year, and we’re looking to step that up a few this year. Acquisitions will be a different story. We’re always looking for acquisitions, but this year’s going to be tougher than 2007, when Senior Lifestyle purchased 11 properties. So far this year, there’s one property we’re going to close on shortly, though we’re bidding on others.

Good product that’s for sale is difficult to come by right now. That’s just the reality of the market. It’s analogous to the housing market in some ways. If you had to sell your own home, today, you’d lose on the deal — maybe 10% to 15%. If you don’t have to sell, why would you sell?

NREI: Do you anticipate any trouble getting the financing you need?

Cobb: We have strong equity and banking relationships, which gives us an advantage. That doesn’t mean that the sky’s the limit, however. I would guess that a really large portfolio deal, say over $100 million, would be very difficult for almost anyone. But under that threshold, any developer or buyer with strong financing relationships will be able to build or buy, provided the product is solid.

Whoever you are, you aren’t going to have the leverage you used to. That’s also a fact of life, and probably will be for quite a while. We have to put in a little more equity in any deal now, though not a lot more. Senior Lifestyle was never quite at the 80% to 85% loan-to-value level anyway, which used to be common. These days 70% to 75% leverage is standard. We can live with that.

NREI: Will the lackluster economy have any significant impact on demand for seniors housing?

Cobb: Demand for assisted living and nursing properties will steadily increase over the coming years because it’s need-based. The state of the economy, which is cyclical anyway, isn’t going to change that.

As for independent living, the jury is still out. We have some buildings in some markets that are softening, but we also have some assets that have never performed better. Sometimes different properties in the same market are seeing different outcomes, so I’d say that independent living is distinctly on a case-by-case basis.

The drivers tend to be as much local as anything in the national economy, and sometimes it’s hard to pin down exactly what’s affecting each property.

Overall, we’ve grown about 1% in occupancies in the last nine months. Our stabilized product is in the low 90s percentile. Overall our averages are going to be lower because we sometimes buy [value-add] product and invest in it to bring it up to higher levels of occupancy, which can skew overall average occupancies.

NREI: Do you expect to see more turn-around opportunities in certain hard-hit real estate markets, such as Florida?

Cobb: Everyone’s well aware of the softening of the real estate market in places like Florida and California. Potentially that could create opportunities for us — opportunities to buy at a discount. Still, we haven’t seen any troubled assets there yet, though we’ve heard rumors that there might be troubled assets emerging. Certainly we’re watching those markets very closely.