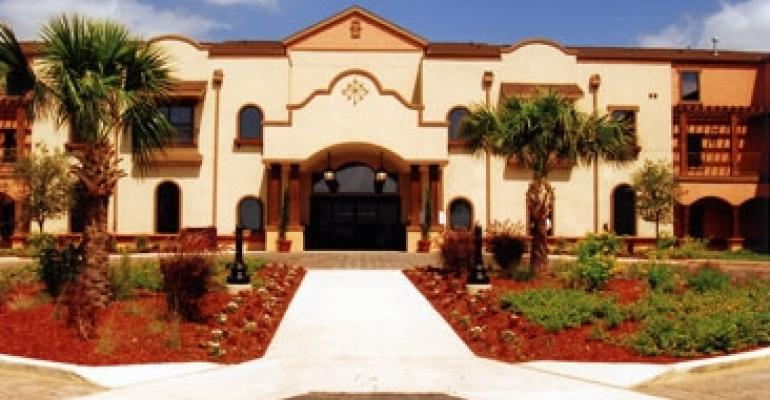 Amid a plodding economic recovery, investors are picking up distressed properties at big discounts. Kisco Senior Living recently purchased a seniors housing project in San Antonio at auction for less than half of the original development cost of $37 million.

Sales were slow because of the housing downturn. Construction delays added to the property’s problems. The occupancy rate of Villa de San Antonio was hovering around 60% last February when the property went into bankruptcy with $36 million in debt.

Two bidders vied for the property. The Covenant Group, based in Fort Worth, Texas, made an offer of $14.6 million. The other bidder, Kisco, had previously purchased a controlling interest in the outstanding bonds when the property went into bankruptcy.

Kisco ultimately won the auction with a bid of $17 million. The transaction closed in June. “Since we owned most of the bonds, we were the likely buyer,” says Andy Kohlberg, president and CEO of Kisco based in Carlsbad, Calif. The company owns and operates 20 seniors housing projects.

“There are a lot of struggling properties out there for sale,” emphasizes Kohlberg. “But the key is finding the ones that are fixable.”

Kisco isn’t simply acquiring properties. The company also is building two new continuing care communities, one in Hawaii and another in Greensboro, N.C.

Villa de San Antonio was built by the Franciscan Sisters of Chicago Service Corporation based in Homewood, Ill. The project was originally conceived as a continuing care retirement community with entry fees ranging from $100,000 to $150,000. The project features a large chapel, fitness facility, movie theater, and a restaurant-style dining room, plus a bistro and café.

The Franciscan Sisters organization, which owns and operates 13 projects, has undergone some changes lately. In 2009, the organization sold a portfolio of six nursing homes for $34.5 million to Louisville, Ky.-based Trilogy Health Services.

Trilogy operates 56 skilled nursing and assisted living projects. At the time of the sale, the Franciscan Sisters said they were exiting the nursing home business to concentrate on their continuing care projects.

Construction delays and a weak housing market led to cancellations at the property where entrance fees range from $525,000 to $2.9 million. Most bondholders will get 70 cents on the dollar. The Franciscan Sisters have put $5 million in cash into the Clare over the last several months to cover operating expenses.

Turnaround consultant Tom Allison, an executive at Mesirow Financial Consulting, was brought in as president and chief executive of the Franciscan Sisters organization in August 2008.

The Clare’s problems didn’t trigger the portfolio sale to Trilogy, or the recent sale of the San Antonio property, says Allison. “These were independent transactions.”

The Trilogy portfolio of nursing homes wasn’t core to the group’s mission, Allison adds. The location of the San Antonio property didn’t make a lot of sense since the group’s other properties are all in the Midwest.

Villa de San Antonio was converted to a rental community prior to the bankruptcy in order to fill units. Kisco’s Kohlberg plans to stick with the rental model. Rents average about $3,000 a month.

“A rental model is a better fit for this market,” says Kohlberg. He explains that the project does not include a skilled nursing component typically offered at continuing care retirement communities with entrance fees.

Residents at Villa de San Antonio who paid an entrance fee will be offered a refund. Kohlberg thinks it will take about 18 months to fill the building. He expects cash-on-cash returns of more than 15%.

Villa de San Antonio is Kisco’s first property in Texas. “We like Texas,” says Kohlberg. The housing markets in the Lone Star State are not as depressed as in other areas of the country, he says. The state’s current unemployment rate is 8.2% compared with 9.5% nationally.

Kisco is seeking seniors housing investments in Houston, Dallas and Austin. Kohlberg prefers properties with at least 150 units. Big projects give Kisco the scale needed to provide more services to residents than could be offered at small projects, he says.

It’s a good time to expand since property prices and construction costs are low, Kohlberg adds. “It’s much better to grow now instead of at the peak when property prices were well above replacement costs.”