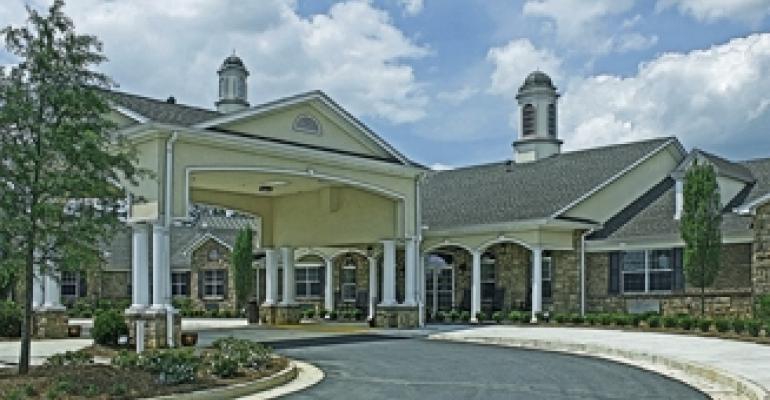 With wide-ranging ties to many industries, including the oil business, the Lamar Hunt family is probably best known for its association with professional sports. But like a lot of other investors nowadays, the Hunts see opportunity in seniors housing.

The development arm of Hunt Midwest, a privately held company owned by the Lamar Hunt family, has broken ground on two assisted living buildings in the Kansas City area.

Plans call for the development of two other assisted living projects in the metro area. All the projects will carry the brand name of Benton House.

The four projects, valued at about $32 million, are a 50/50 joint venture with the Roswell, Ga.-based Principal Senior Living Group. Principal will manage the buildings.

“With the aging population and our residential housing experience, it made perfect sense that we invest in the seniors housing market,” says Ora Reynolds, president of Hunt Midwest Real Estate Development. “There’s a real need for assisted living in the area.”

The first project, Benton House at Shoal Creek, is part of a 500-acre master planned community developed by Hunt Midwest called Benson Place. It is located in the Northland area of Kansas City, Mo.

The buildings have similar designs and are based on a prototype created by Principal Senior Living. Each project includes approximately 40,000 sq. ft. with 59 units. Twelve of the units are for persons who need memory support.

The projects are built in a figure eight configuration around two courtyards. Residents can easily reach communal areas, such as the large country kitchen. “It helps create a tight-knit community,” says Reynolds.

The son of an oil tycoon, Lamar Hunt was known as a sports enthusiast who founded the American Football League and the Kansas City Chiefs. (The team was known as the Dallas Texans from 1960-1962 before Hunt moved the franchise to Kansas City in 1963.) He died at the age of 74 in 2006.

Principal Senior Living is no newcomer to seniors housing. In 2007, the company sold a portfolio of eight buildings to FKP of Australia for approximately $113 million.

Principal currently owns and operates 11 properties in three states — Georgia, South Carolina and Florida. The buildings include assisted living and memory care units, though one building in Florida has an independent living component.

Unlike many other states, Missouri has what’s called a “certificate of need” process for licensing new assisted living buildings. In most states, a certificate of need is typically only used to license nursing homes.

As a result, few assisted living projects have been built on the Missouri side of the Kansas City metro area.

“There’s little competition and lots of demand for assisted living,” notes Diekmann. Both Hunt projects now under way already have a certificate of need.

The equity contribution for the projects is about 25% of the total costs, Diekmann says. Permanent financing will be sought through Fannie Mae or Freddie Mac.

Investment returns should be attractive, says Diekmann of Principal Senior Living. The portfolio the company sold in 2007 generated levered returns of about 20%.

“Returns may not be quite as sweet this time,” says Diekmann, adding there’s no timetable as to when the projects might be sold.

“For now,” concludes Reynolds of Hunt Midwest, “the focus is on leasing up the new buildings.”