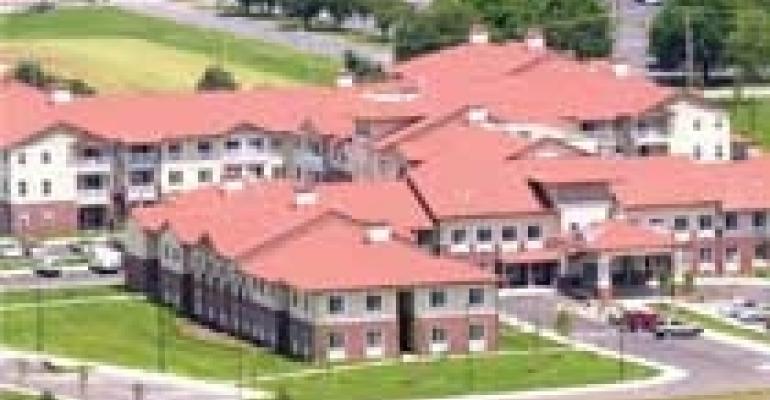 Seniors housing owners looking to refinance their properties this year will find money available, though lenders are cautious and still have fairly strict underwriting standards.

“So many banks have impaired portfolios,” notes Jeffrey Davis, chairman and CEO at Cambridge Realty Capital Companies, a Chicago-based seniors housing finance firm. A well-performing seniors housing property due to be refinanced in 2012 may have trouble getting a new loan from a local lender, Davis notes. “The bank may want to reduce its real estate exposure.”

The good news is that interest rates are low and well-performing properties with adept operators should be able to refinance. Many borrowers are turning to government-backed programs from HUD as well as Fannie Mae and Freddie Mac, the so-called government-sponsored enterprises (GSEs).

Freddie Mac financed more than $700 million in seniors housing loans in 2011. About three-quarters of the loans were refinancings. The others were property acquisitions. The agency expects to have a higher loan volume in 2012, according to Steve Schmidt, seniors housing director for Freddie Mac. He adds that underwriting standards tightened two years ago have subsequently been relaxed a bit. “We’re very comfortable where we are right now,” says Schmidt, who is based in Chicago.

But underwriting standards at the GSEs and HUD have always been high, according to KeyBank’s Tremper, in Dallas. “They haven’t changed much” he says, adding that the agencies look for stabilized properties, with a solid 18-month track record of 88 to 90 percent occupancy.

Another important factor is the quality of the operator or sponsor. The agencies analyze the potential borrower’s entire portfolio, not just one building. “They step back and look at the whole picture,” Temper says.

KeyBank takes a similar approach, focusing on the overall strength of the borrower. The bank recently completed a $132 million Freddie Mac funding for five seniors housing projects. The properties are owned by Spectrum Retirement Communities of Denver, a regional operator with 25 seniors housing properties. One of the refinanced properties is Park Meadows Senior Living, Overland Park, Kan., a 222-unit community with independent and assisted living apartments. The facility was built in 2008. The refinancing for Park Meadows totaled $35.4 million.

Two of the five refinancings for Spectrum were of properties for which KeyBank had provided construction loans. “We are not just mortgage bankers,” notes Tremper. “We build relationships.” Construction loans are being made “strategically,” he says. “Capital is precious,” he adds. “We want to use it the right way.”

Another caveat: Lenders don’t want borrowers to take a lot of cash from deals. “Cashing out is discouraged,” notes Cambridge’s Davis.

KeyBank prefers owners to keep at least 10 percent equity in a project. “Something everyone has learned over the last couple years is that we want (owners) to have skin in the game,” says Tremper.

The speed of the refinance process at HUD and the GSEs has been a concern among borrowers. HUD has streamlined its loan processing operation. At Freddie Mac, once the application is signed, Tremper estimates a turnaround time of about 60 to 70 days.

Questions about the future of the GSEs continue to haunt the agencies. The Federal Housing Finance Agency, which regulates the GSEs, submitted a plan on February 21 to Congress to gradually shrink the GSEs and create a new market for mortgage-backed securities.

In the meantime, the GSEs will continue to be an important source of financing for the seniors housing industry, sources say. Seniors housing portfolios have performed well, and the agencies have a commitment to the market. Freddie Mac’s Schmidt says: “We keep going.”