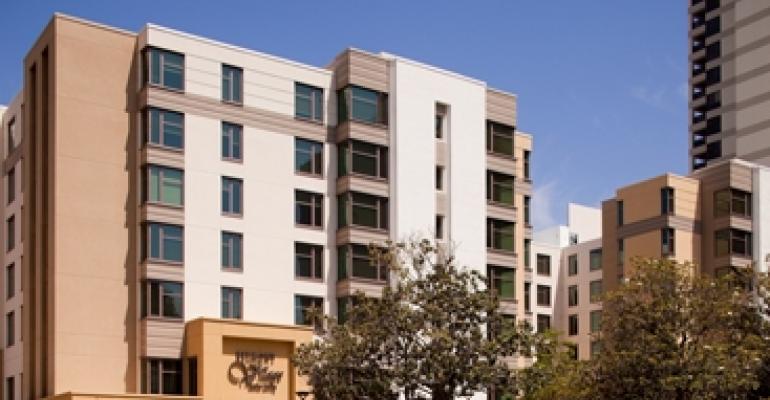 Many Seniors Struggle to Pay the Rent, Study Shows

Residents of age-restricted buildings generally don’t have enough income to cover the rent, according to a new study by the Center for Retirement Research. For property owners, the findings underscore the importance of affordability and innovative payment options, especially during a deep recession.

The study is based on data about thousands of seniors taken from three other surveys, including the Health and Retirement Study, National Long-Term Care Survey, and the Medicare Current Beneficiary Survey.

As might be expected, those in continuing care communities, which charge large entrance fees, were found to be much better off financially than those in other living arrangements.

“The resident’s income is less than most of these places cost," says Norma Coe, research economist at the Center for Retirement Research at Boston College. Coe authored the study along with Melissa Boyle, assistant professor of economics at the College of the Holy Cross in Worcester, Mass.

The National Investment Center for the Seniors Housing & Care Industry (NIC) funded the study titled, “The Asset and Income Profile of Residents in Seniors Care Communities.” The study was released last September.

Previous studies have also found that residents of seniors housing facilities generally have lower annual incomes than the cost of an apartment and services, including meals.

“I wasn’t surprised by the results of the study,” says Patricia Will, founder and CEO at Belmont Village Senior Living, a Houston-based owner and operator of 20 assisted living properties. “We’ve known for some time that the senior’s income is generally not enough to cover the costs.”

It remains unclear how most seniors close the cost gap, says Coe, the study’s co-author. About 7.5% receive financial help from their adult children, and 1% from other relatives and friends. A growing number of seniors (9% to 14%) have long-term care insurance that pays for part or the entire bill.

The health insurance reform bill now moving through Congress includes provisions to create a national insurance trust. It would be financed by voluntary payroll deductions to provide a cash benefit to seniors who need help, such as home care or assisted living.

At Belmont Village, where rents average about $5,000 a month, residents get money from a number of sources, says company founder Will. Seniors either dip into their savings or use the proceeds from the sale of a house. About one-third of Belmont residents receive help from their adult children.

The recession has made it even tougher for seniors to come up with the money to pay for assisted care. Will of Belmont says that rising unemployment has diminished the ability of adult children to help.

In addition, more residents are opting for shared rooms because they are less expensive. Belmont recently opened its newest building in the Westwood neighborhood of Los Angeles. The building includes 168 units.

“It’s clear that there’s a great need for affordable seniors housing,” says Aaron D’Costa, vice president of marketing and business development at Pathway Senior Living. The for-profit company, based in Des Plaines, Ill., owns and operates 10 buildings in the Chicago area. The facilities feature assisted living and independent living units, most of which are affordable.

Building owners have launched an assortment of programs to help seniors pay the rent. For example, Belmont Village works with Elderlife Financial Services, which provides bridge loans until seniors can either sell their home, or access other assets. Belmont also refers seniors who qualify to a government program that provides assisted living benefits for veterans.

Milestone Retirement Communities offers a grant program to help fill the gap for seniors whose incomes are too high to qualify for Medicaid, but too low to cover monthly expenses.

"We’re getting creative," says Paul Dendy, president at Milestone based in Vancouver, Wash. The company manages 12 properties, which are mostly assisted living. Milestone has ownership positions in eight of the buildings.

The study didn’t answer an important question, points out co-author Coe. Have residents of seniors housing always had low incomes, or do they have low retirement incomes because they’ve already spent a lot of money on care?

To help her answer those salient questions, Coe plans to conduct another study this coming spring. The research will examine the income and assets of seniors when they enter a seniors housing facility, and then again after they’ve lived there for a period of time.

How owners and operators target new residents will vary depending on the answer to that question, says Coe.