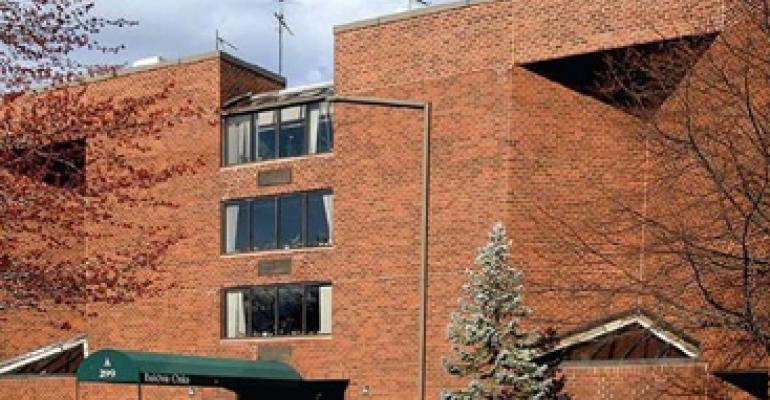 In the largest multifamily investment sale in northern New Jersey during the first quarter of 2010, Baldwin Oaks, an affordable senior retirement community, traded for $19 million. Denver-based Apartment Investment and Management Co. (Aimco), the giant real estate investment trust that owns or manages 870 apartment properties with approximately 136,000 apartment units, was the seller of the property. The buyer was a private entity and the name was not disclosed.

Located at 299 Baldwin Ave. in Parsippany, N.J., Baldwin Oaks is a U.S. Department of Housing and Urban Development (HUD)-designated senior retirement rental community that includes 251 units for people age 62 and older. The two, four-story buildings that comprise Baldwin Oaks were 100% occupied at the time of sale and had a two-year waiting list.

“Baldwin Oaks is one of the most appealing age-restricted, affordable rental communities in Morris County and the northern part of the state, where there is tremendous demand for this type of living option,” says Joseph Brecher, executive vice president of Gebroe-Hammer Associates, the brokerage firm that represented both the buyer and the seller. “Because of the ever-rising population age for the area, this type of senior housing consistently yields historically high occupancy levels.”

The $19 million sale in Parsippany is one of several HUD-designated senior affordable and low-to-moderate income multifamily investment sales closed by Gebroe-Hammer during the past several months. Recent deals brokered by the company in New Jersey include the sale of 50 units in Bedminster, 88 units at Aspen Temple in Newark, 168 units at Cedar Street Commons in Livingston and 96 units at Preakness Commons in Wayne.

Built in 1980, Baldwin Oaks continues to be a popular affordable rental choice among seniors from the area for two main reasons, explains Stephen Tragash, a sales associate with Gebroe-Hammer. Seniors want to maintain their local ties to the community and be in close proximity to a wide range of convenience and lifestyle services, including restaurants and retail shops.

Aimco sold 12 properties during the first quarter, including four conventional properties (789 units) and eight affordable properties (834 units), generating $86.2 million in gross proceeds. The company reduced its corporate term debt by $45 million during the quarter in an effort to strengthen its balance sheet.

The company’s first-quarter earnings report sheds some light on the timing of the sale of Baldwin Oaks. Aimco intends to focus on Class-B/B+ quality conventional apartment communities located in the 20 largest U.S. markets, with a target capital allocation of 10% or less to affordable apartment communities.