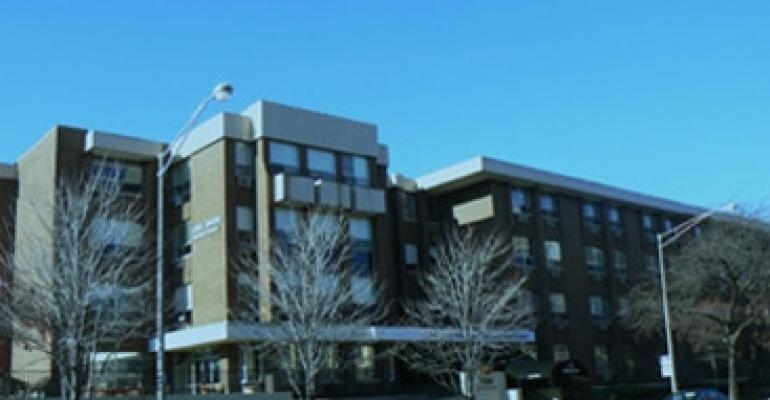 In a blockbuster deal, a joint venture has paid $22.2 million for Lake Shore Healthcare & Rehabilitation Centre, a nursing home located on Chicago’s north side. The 313-bed building is one of the region’s largest skilled nursing facilities.

The buyers were locally based ManagCare Inc. and Tryko Partners, whose headquarters are in Brick, N.J. The seller was Chicago-based Lancaster Health Group, which owns other nursing facilities in the area. The transaction closed in January.

“Skilled nursing facilities of this size and in a prime location do not trade very often,” says Aaron Rosenfeld, director of investments at Tryko. “This nursing facility presents a lot of opportunities.” Most nursing homes have only about 120 beds, about half the size of the Lake Shore property.

The sale was seller financed, according to Rosenfeld, though he declines to provide the terms of the deal. He says that there were competing bids for the property. Tryko and ManagCare provided 25% of the purchase price in cash.

The sale price was probably a fair one, experts say, if cash flow is solid and debt payments aren’t too high.

The building is about 30 years old. A renovation of the first floor in 2007 included the addition of a new town-square-style common area with a theater and bistro. The first-floor rooms also were recently renovated to accommodate short-term stay residents undergoing rehabilitation after surgery or an illness.

The four-story building is currently about 70% leased. That compares to an average occupancy rate of 89.2% at nursing homes nationwide, according to the National Investment Center for the Seniors Housing & Care Industry (NIC).

ManagCare will manage the property. A relatively low occupancy rate should provide an opportunity to improve cash flow, according to Nathan Davis, principal at ManagCare. The goal is to raise occupancy by changing the resident mix, he says.

The emphasis will be on attracting short-term residents undergoing rehabilitation therapy. These stays are usually paid for by Medicare, which has a higher reimbursement rate than Medicaid. The latter program, which is funded by the federal and state governments, pays for long-term care residents who can’t afford the bill.

Those relying on Medicare payments will comprise about 35% to 40% of residents in the building. Private-pay, long-term care residents will make up about 10% to 15% of the mix. And the remainder will be those subsidized by Medicaid. Rosenfeld figures it will take 6 to 12 months to boost occupancy.

The size of the Lake Shore building is a plus. Large properties with more than 300 beds offer owners the advantages of economies of scale, especially if they own other nearby properties.

Some challenges remain, however. Nursing homes face plenty of competition from assisted living buildings. There’s also a movement to encourage seniors to age in place, which creates demand for services at home. Medical providers also now offer complex health services, such as dialysis, at home.

In Illinois, the state runs an affordable assisted living program that siphons residents from nursing homes. “Occupancies at nursing homes have declined slightly because the state is promoting alternative services,” says Mark Davis, president at Healthcare Transactions Group in Baltimore, a mergers and acquisitions firm. “It’s a challenging time.”

Also, nursing homes in Illinois are coming under more scrutiny. After a recent expose in the Chicago Tribune about mentally ill and convicted felons living in nursing homes, Illinois Gov. Quinn convened a task force to recommend changes in building safety procedures. The task force issued its 52-page report Feb. 19, calling for more screening of residents.

While admissions to nursing homes have decreased, Rosenfeld of Tryko says that the facilities are still needed. At the Lake Shore property, the new owners plan to offer a total customer service package, including a concierge similar to a hotel.

Recognizing that it could be a favorable time to acquire more buildings because property values have declined, Rosenfeld says the new joint venture partnership will seek other properties. “We’re a good match going forward.”