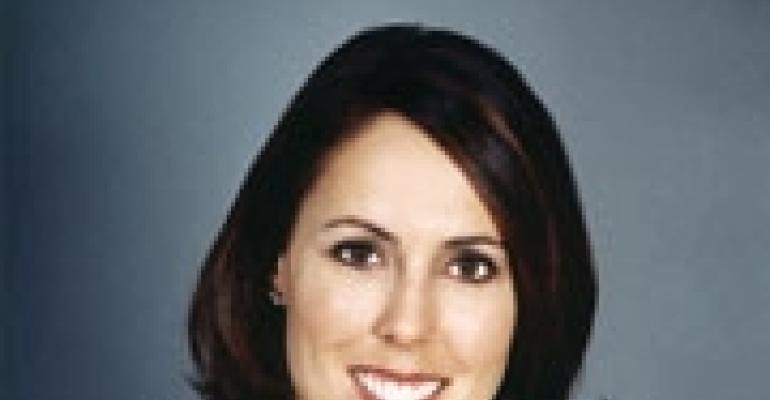 Meredith Oppenheim: The Bump in the Road Is No Roadblock

While seniors housing investment transaction volume may be drastically down at the moment, Meredith Oppenheim senior vice president of SavillsGranite, maintains that the industry is not down for the count. The industry is still healthy enough to take advantage of the long-term opportunities presented by an aging population, she says, adding that the market’s current sluggishness is having the effect of paring away players who were only in it for the short term. Dedicated, long-term players in seniors housing have little to worry about, she says.

Few specialists in seniors housing have the variety of experience that Oppenheim does. Even as a teenager, seniors interested her. At 15, she authored a cookbook for seniors and toured adult day care centers throughout New Jersey lecturing about a healthful seniors diet. Her subsequent career in seniors housing took her to Marriott International Senior Living Services, Sunrise Senior Living, and a stint with homebuilder K. Hovnanian.

In Oppenheim’s current position with SavillsGranite, the New York office of the London-based global real estate company Savills, includes assembling the capital-operator-development teams to launch new projects or portfolios, as well as executing initiatives to turnaround or exit properties. She’s also an active advisor to investors in the seniors housing sector. Recently, National Real Estate Investor spoke with Oppenheim about the state of the market and its long-term prospects.

NREI: Over the long haul, is this year just a bump in the road?

Oppenheim: In the sense that the fundamentals of supply and demand look quite good for the next 15 to 20 years, you might say that, but the state of the industry isn’t that bad even now. It’s just a time when things aren’t the way they were.

Now cap rates seem to be on the rise — an educated guess is 50 to 100 basis points over the last year — but no one really knows because so few deals have been done recently. Cap rates for assisted living or independent living properties were in the mid-6s a year ago, but now an investor might expect to pay in the mid-7s.

Seniors housing is dealing with the same market conditions that every other asset class is dealing with. There used to be highly leveraged buyers active in the market fueling the consolidation of the business, but that game is virtually over. Now more equity is required, but that makes it harder for a buyer to get the returns he needs, so there’s a lot less activity on the part of buyers.

NREI: Are overseas investors showing any interest in the U.S. seniors housing assets?

Oppenheim: Some. There are Australian buyers, for example, who are actively looking right now and preparing to invest in the market. Others from other places will do so as well. But there’s also a learning curve among overseas investors because in many countries there really isn’t an equivalent to our seniors housing industry, or their seniors housing concept is quite different from ours. That’s one of our functions, helping overseas clients understand what seniors housing is in the American context, and where opportunities are.

NREI: What is the current level of interest in seniors housing from domestic investors like REITs and pension funds?

Oppenheim: REITs and pension funds are still interested in seniors housing but since those deals are hard, they’re looking at medical office buildings as well — as a form of diversification. The idea of acquiring or developing medical offices near major hospitals, leased or pre-leased by tenants who are highly creditworthy is very appealing to them. REITs and pension funds certainly have the potential to be more aggressive in their healthcare acquisitions.

NREI: But in the long run, investors of all stripes won’t be quitting seniors housing?

Oppenheim: Not at all. Committed investors are in it for the long run, and the long run will be good. There are a lot of people and companies — operators, lenders, equity investors, and advisors like us — who are totally dedicated to this business, and we ride the waves together.