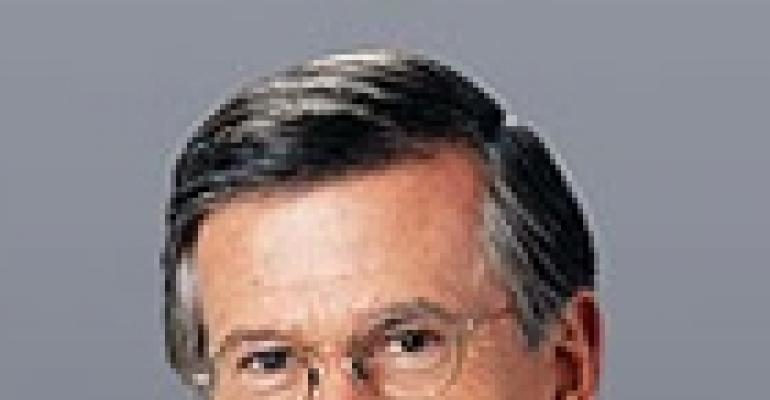 Since its inception in 1982, Dallas-based Greystone Communities has developed or managed 100 seniors housing projects, according to company founder Michael B. Lanahan. One of its specialties in recent years has been a niche only a handful of other developers have taken on, continuing care retirement communities, which offer a wide spectrum of care to their residents, ranging from independent living to nursing care on a single campus.

In 2005, Sunrise Senior Living, in its quest to make its portfolio encompass the gamut of the seniors housing business, bought Greystone for $52.5 million, while retaining Greystone’s management team. At the time of the purchase, Greystone managed 14 continuing care retirement communities and was under contract to develop and manage about two dozen more facilities. NREI recently spoke to Lanahan, chairman of Sunrise’s Greystone division.

NREI: What is a continuing care retirement community exactly, and what qualities does a successful property exhibit?

Lanahan: There isn’t any one model for a successful continuing care retirement community because its success depends on too many factors. But the common thread is to offer multiple levels of care at one campus that allows customers to age in place. It’s a good model for the residents because they have only one move to make to find care for the rest of their lives, and good for the owners as well because their residents remain at their facilities.

Each owner has to find an optimal service program to be competitive, but there isn’t a standard program in the industry. Not everything that’s called a continuing care retirement community includes nursing care, for instance. All of our projects have nursing care, because we’ve found that works for us.

Success also depends on persuading seniors to think of moving into the independent living segment of a continuing care retirement community as an intriguing lifestyle option. Moving into assisted living typically isn’t an option, because at that point a resident needs the care. Persuading people to move out of their single-family residences into independent living -- that's the goal in this business.

NREI: Most continuing care retirement communities are nonprofits. What are the economics that drive that model?

Lanahan: For one thing, to say to a senior that he or she is moving into a development that’s owned by a nonprofit is a competitive advantage. They know that the cash flow from the business stays in the business, and there’s a perception that that will help maintain the quality of the property.

Tax-exempt revenue bond financing in the municipal bond market provides very sophisticated, and cost-effective, access to capital for nonprofits -- probably the most sophisticated in the seniors housing business. The investment bankers, commercial banks and the institutional bond purchasers have been doing these kinds of deals for a long time, and they’re very skilled at distinguishing an excellent project from a lower-quality one.

NREI: How has being part of being Sunrise helped Greystone?

Lanahan: Greystone provides consulting services to nonprofits that need development assistance and some discipline during the process. Sunrise helps nonprofits find the financing they need, and acquires land for projects that nonprofits might not otherwise have the capital to undertake. Sunrise also provides nonprofits access to a purchasing program that reduces the cost of operations, and offers programming expertise. So being part of Sunrise has been very beneficial.

NREI: What do you believe the future holds for continuing care retirement communities?

Lanahan: It’s difficult to predict the details, but that goes for the entire spectrum of seniors housing. For example, assisted living didn’t exist that long ago. The emphasis on wellness, hospice, or hospitality as part of seniors housing -- none of that was anticipated until recently.

I will say that there will be seniors housing developments at some compelling locations that wouldn’t have even been considered only a few years ago. We’re working with a client who’s going to put in a continuing care retirement community in a skyscraper in a major downtown.

In the long run, the baby boomers will set the tone for continuing care retirement communities, like with everything else. But bear in mind that the leading edge of the baby boomer generation is only 61 years old. The average age of seniors coming into independent living is 78. So they’re not beating down the doors right now. In fact, we’re still meeting the needs of their parents. Anyone who’s developing a project today isn’t, or shouldn’t be, building for the boomers.

NREI: But you will have to plan for that wave of seniors, correct?

Lanahan: Yes. Plans evolve to respond to the next wave of seniors. If you look at new projects today, they don’t look anything like the ones we saw 20 years ago, and the ones 20 years from now aren’t going to resemble the current crop. That’s the natural evolution in a free market in which companies compete to serve customers. If you pay close attention, you’ll benefit from that evolution.