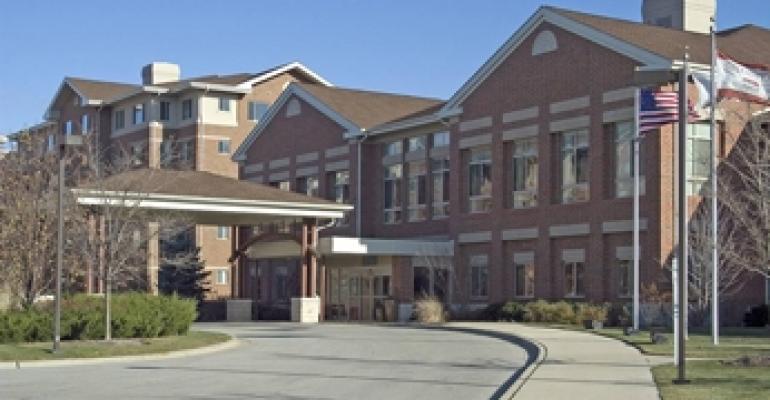 After an 18-hour bankruptcy auction in December, Redwood Capital Investments emerged as the winner with a bid of $365 million for Erickson Retirement Communities, a financially troubled company that also happens to be one of the top brands in the seniors housing business. The rigorous process shows that no deal is done until the final bid is tallied, and that there’s real interest in seniors housing by deep-pocketed investors.

“This (deal) is a good sign for the sector,” says Robert Kramer, president at the National Investment Center for the Seniors Housing & Care Industry (NIC). “Clearly, word is getting out to investors about seniors housing.”

Redwood outbid a group led by private-equity giant Kohlberg Kravis Roberts & Co., along with private-equity firm Beecken Petty O’Keefe & Co., and Coastwood Senior Housing Partners. Other potential bidders expressed interest in the deal, according to Erickson’s bankruptcy attorney Thomas Califano at DLA Piper’s New York offices where the auction was held. But only Redwood and KKR participated in the final auction.

The first court hearing on Erickson’s reorganization plan was scheduled for Feb. 5, Califano says. He thinks the company sale will be approved by the end of March at which time Erickson would emerge from bankruptcy, a fairly quick turnaround. Erickson filed for Chapter 11 bankruptcy last October.

Before other bidders emerged, Redwood announced plans to acquire Erickson out of bankruptcy. Published reports say Erickson was to be sold to Redwood for $105 million in cash plus the reinstatement of some debt.

Redwood is headed by Jim Davis, an acquaintance of John Erickson, founder of Erickson Retirement Communities. It has 19 projects, which house about 25,000 seniors. Davis co-founded the Allegis Group, a staffing firm based in the Baltimore area where Erickson also is headquartered.

‘Big players’ come to the table

The auction opened with KKR’s bid of $296 million, comprised of cash and securities, according to an Erickson spokesperson. “The initial bid was a little low,” says Bruce Gibson, principal and senior managing director at Senior Housing Investment Advisors, based in North Miami, Fla. A low price for an asset like Erickson could have added to the turmoil in the industry, he adds.

The final price of $365 million was justified not only because of the Erickson name, observers say, but also because of the development potential of the company’s holdings. Erickson got caught with too many large, new developments just as the residential housing market crashed. In fact, lenders foreclosed last summer on a project in Columbus, Ohio. Work stopped on another project in Charlotte last spring.

But Erickson still has existing developments with open land and the zoning approvals in place to build once the market recovers. “There is an opportunity for development there,” says NIC’s Kramer. He adds that Erickson could be in a good position since little new seniors housing development is in the pipeline because financing is so scarce.

New York-based KKR has no other seniors housing holdings, according to a company spokesperson. But observers see KKR’s interest in Erickson as a step forward for the industry. “KKR’s bid was an indication that the industry is getting better,” says Michael Berne, national managing partner and leader of Jones Lang LaSalle’s seniors housing team based in New York.

Berne expects private-equity firms to make more offers for seniors housing companies in the months ahead. “The industry is drawing big players. It portends well for attracting folks who might not have otherwise been interested in seniors housing.”

Redwood hasn’t announced its plans for the company yet. Redwood did not return a phone call for this story.

Going forward, one concern is how the entry fee model used by Erickson and other continuing care communities will be viewed in face of the bankruptcy of a high-profile company like Erickson. Residents of continuing care projects pay large entry fees, often starting at about $200,000.

Califano, the attorney, says no consumer lawsuits are pending against Erickson. In November, the bankruptcy judge in the Erickson case approved a request by Erickson to put new residents’ entrance fees at certain communities in escrow and give them a money-back guarantee if they move out, regardless of whether the unit is resold.

A report is expected to be submitted this spring to the U.S. Senate Special Committee on Aging. No hearings on the subject have been scheduled yet.

The oversight has sparked industry fears that legislation to regulate entrance fees might be enacted. So far at least, the industry has been able to avoid a black eye, observers say, and even attract new investors when other sectors of commercial real estate are depressed.

“The takeaway here is that a good capital partner was interested in Erickson,” says Gibson of Seniors Housing Investment Advisors. “It’s a much better situation than it could have been.”