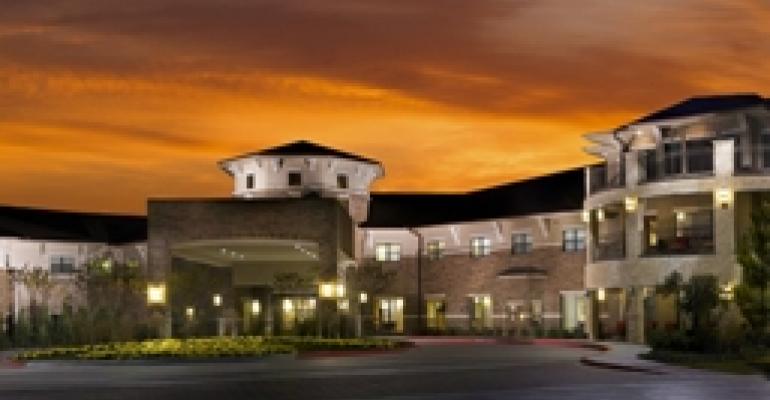 Is Occupancy Uptick a Trend or Aberration?

For the first time in more than two years the occupancy rate at independent living buildings is on the rise, boosting hopes that the downturn in seniors housing has subsided and that 2010 will prove profitable for owners and operators.

The average occupancy rate at independent living properties registered 88.5% in the third quarter, up slightly from 88.4% in the second quarter, according to the National Investment Center for the Seniors Housing & Care Industry (NIC) based in Annapolis, Md. “The big question is whether this is a temporary improvement, or whether a bottom is forming,” says Michael Hargrave, vice president of research at NIC.

The outlook for assisted living buildings also is improving. The third-quarter occupancy rate rose to 88.3% from 87.7% in the second quarter. Nursing home occupancy slipped slightly to 89.1% from 89.2% quarter over quarter.

Several hopeful signs of improvement in the broader economy could mean higher occupancies for seniors housing in 2010, experts say. Home prices nationwide rose 3.1% in the third quarter, according to the S&P/Case-Shiller Home Price index.

Prices also rose 3.1% the second quarter, bolstering the idea that the residential real estate market may be stabilizing. That means more elderly persons will able to sell their homes and move to a seniors-only facility.

Pent-up demand could also boost occupancy. Seniors have been putting off the decision to move, waiting for the housing market to turn around. But now those seniors who really need to be in assisted living are going to have to move, some observers say. In addition, seniors who were expecting the housing market to make a quick comeback are now more realistic about the value of their homes.

Continued high unemployment could undercut demand, however, say some industry experts. Adult children often contribute toward the cost of assisted living, but a job loss affects their ability to help out financially.

The question remains whether landlords will have any pricing power in 2010. Heading into the downturn, seniors housing rents were growing at about 4.2% annually, according to NIC, which tracks asking rents that do not include discounts.

In 2008, rent growth slowed to 3.4% per year. And so far this year, rent growth has continued to slow, hitting 1.8% in the third quarter. About 42% of all property managers are not planning to raise rents. With the expense side growing, “operators can’t pursue this strategy for long and still enjoy profitability,” says NIC’s Hargrave.

Modest rent growth will likely occur in 2010 and 2011, says Mace of AEW. Following that two-year period, she expects rent increases to return to the norm of 4% to 6% per year as the economy gains momentum and few new buildings open as development remains constrained.

A refinancing wave is likely as many 10-year loans will come due in 2010 and 2011, according to Carolyn Nazdin, head of healthcare originations in the eastern U.S. For KeyBank Real Estate Capital Markets. She expects owners to refinance in advance of loan maturity dates in order to lock in today's low rates. “Borrowers are willing to pay pre-payment penalties in order to reschedule their loans now,” she says.

Next year will be fairly healthy for the industry, predicts Arnie Whitman, CEO at Formation Capital, an investment firm with $3 billion in assets. Formation's development arm recently opened a new property near Houston, the Solana at Cinco Ranch. The rental building includes 126 independent living and 32 assisted living units. Rents average about $3,600 a month.

The company has five other projects planned. “We are contrarians,” explains Whitman. Formation decided to build while other firms abandoned plans for new projects. “If you shut down development, the lag time to get started again is huge,” he notes.

But the cost of capital in 2011 and 2012 worries Whitman. While debt financing will become more widely available, he thinks interest rates could rise significantly. At the same time, he doesn’t expect owners and operators to have much pricing power because consumers have undergone an attitude shift and will remain wary of spending.

“If inflation gets momentum, we could be in trouble,” warns Whitman. “Businesses can only support a certain cost of operations before it affects the ability to be profitable.”