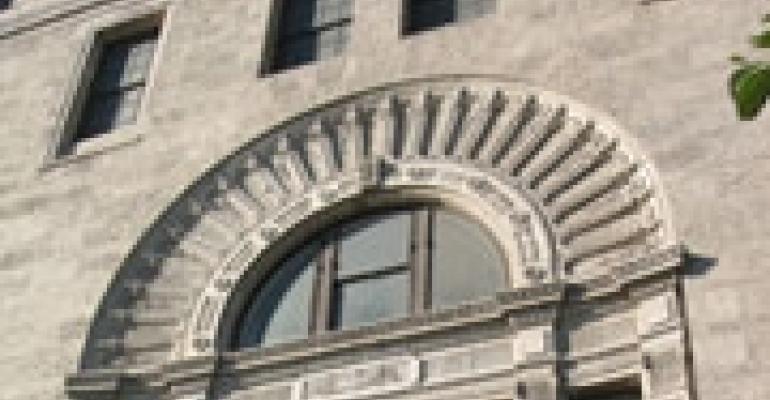 Hoping to appeal to wealthy urban retirees, a former Hyatt executive has plans to renovate Chicago's old Lake Shore Athletic Club. The well-known 1920s Classic Revival-style building will get an $80 million remake as a high-end residence for seniors with big apartments and hotel-style services.

The building at 850 N. Lake Shore Drive in the city's tony Gold Coast neighborhood was purchased in February for about $40 million by Integrated Development Group, of Northbrook, Ill. The firm's equity partner is the National Electrical Benefit Fund, a pension fund in Washington, D.C.

Integrated Development opened in 2006, headed by Matthew Phillips. He previously oversaw acquisitions and development for nine years at Chicago-based Classic Residence by Hyatt, which owns and operates upscale seniors housing. Integrated Development also has a new continuing care community under way near White Plains, N.Y. "Our strategy is to cater to the high-end niche," says Phillips.

The Chicago project will include 128 units for independent seniors, and 11 assisted living apartments. The project will not include skilled nursing care.

The old athletic club building had become a point of local controversy. Owned by Northwestern University, the building had been used as a dorm since the 1970s, though it's been vacant now for a few years.

The school had a contract to sell it to Chicago developer Steven Fifield, who had plans to tear it down and build luxury condominiums on the site. But protests by local preservation groups and neighbors convinced the school to rethink the plan.

IDG's Phillips says his bid won out, in part, because he promised not to demolish the building. It does not have a landmark designation, but has been the site of many local high-profile events over the years.

The renovation will tap into the rich history of the building, Phillips says. Several of the large community spaces in the building will be preserved, including a two-story, 3,000 sq. ft. room that will be converted into a dining venue.

Another large two-story room on the second floor will become a living room with multiple seating areas. Building items of historical importance will be saved and displayed on site.

The building's history should appeal to longtime Chicago residents and those interested in the city's architecture, Phillips says. The location on Lake Michigan will be another draw.

The Athletic Club project joins several other new high-profile buildings for seniors in Chicago. The Clare at Water Tower is under way just off Michigan Avenue. Sales recently started at the Admiral on the Lake, a new complex a few miles north of downtown.

All three projects charge hefty entrance fees, along with monthly rent. Prices at the Athletic Club project have not been set yet, according to developer Phillips. But he thinks entrance fees, which will be 90% refundable, will be comparable to those charged at the Clare where some fees top $1 million.

The Athletic Club project will have a "boutiquey" feel, notes Phillips, with a relatively small number of large units. An average apartment will feature about 1,550 sq. ft., quite large compared to a typical seniors apartment.

Unit sales are slated to start this summer. The timing should be ideal, Phillips says, figuring the housing market will have bottomed out by then and older homeowners will be ready to put their current homes on the market.

Phillips hopes to hit the 50% pre-sold mark — the number needed to start construction —a year after sales begin. Lenders typically require unit pre-sales of about 70% at CCRCs. But Phillips thinks his project will be easier to underwrite than others because it doesn't involve “ground-up” construction. "We already own a building that has value."