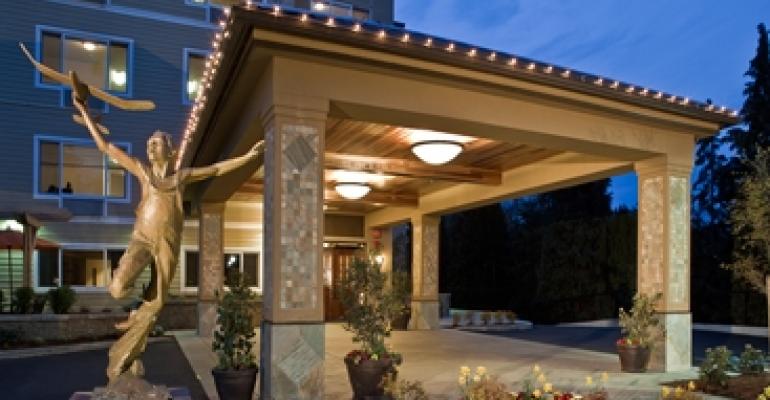 Opportunity for the Aegis: Company Grows Portfolio Amid Downturn

An economic downturn can be the best time to grab market share. That’s the strategy at Aegis Living, a seniors housing owner and operator with 35 properties and several more in the works. “This is the time to gain momentum,” says Dwayne Clark, chairman and CEO at the Redmond, Wash.-based company.

Most of the Aegis properties are assisted living buildings that include dementia care. Aegis also manages several continuing care communities for Oakmont Senior Living. Oakmont is run by Bill Gallaher. He started Aegis with Clark, who bought out Gallaher several years ago. Oakmont opens its Segovia project in Palm Desert, Calif., this spring.

Explaining the Aegis approach, Clark tells the story of the Kellogg Co. during the Great Depression. The cereal maker continued to advertise and expand, while its rival Post Cereal cut back on its marketing plans.

Kellogg eclipsed Post and gained valuable market share. “We don’t want to be giant company like Kellogg,” says Clark. “But when everyone else is withering, our plan is to pull ahead.”

A big factor in the Aegis expansion is the low cost of development. Lumber prices, land costs and interest rates are the lowest they’ve been in 20 years, says Clark. “I have not seen prices like this since I started in the [seniors housing] business.”

Aegis opened its newest property about a month ago in Bellevue, an upscale suburb of Seattle. The project features 86 units, including 18 units specially designed for persons suffering from memory loss.

“This location is indicative of the markets we like,” says Clark. The Aegis building is located just two blocks from the Bellevue shopping district, one of the nation’s premiere high-end retail spots. The building also is near Lake Washington and the ritzy suburb of Medina, home of Microsoft Chairman Bill Gates.

Aegis prefers neighborhoods where average home values are $400,000, or higher. “We want to be in dense neighborhoods populated by people who have the ability to pay,” says Clark.

The Bellevue facility had been a failed condominium project. “It was an opportunity for us because the shell of the building was already there,” says Clark. Aegis has another busted condo building in the Seattle area under contract, but Clark won’t say where it’s located.

The company would like to find similar buildings. “We make very few changes to the building’s shell,” says Clark. “We just reconfigure the inside.”

The depressed housing market has slowed the lease-up of new facilities, since seniors who move to assisted living often sell their houses before moving. The lease-up process of a new facility now takes about 18 months compared to about 12-14 months several years ago.

Building owners and operators need to be very careful before starting a new project, Clark warns. Local economies must be strong enough to support a new building.

Aegis has 12 properties in the Seattle area, including the new Bellevue project. That makes property management easier because services can be delivered to a cluster of buildings, saving time and money. And the Aegis brand gets a boost from coordinated marketing plans for the cluster of buildings.

Monthly rents at Aegis of Bellevue start at about $2,900, but can go as high as $10,000 for a resident in the dementia-care portion of the building. Rents across the portfolio rose 6% on average last year. A similar increase is expected this year.

Aegis has been able to secure conventional bank financing for its new projects. Equity contributions that had been as low as 12% several years ago are now as much as 30% of the project value.

Besides clustering projects to boost market share, Aegis has had some success developing buildings for particular niches. Aegis Gardens, an assisted living building in Freemont, Calif., caters to Asian Americans. It’s been open five years and is 100% occupied.

Staffers speak Chinese. The chef cooks Asian cuisine. And the activities are geared toward the Asian residents. Clark says it took two to three years to work out the glitches, but now he’s exploring opening another Asian community in the San Francisco area.

Another way Aegis hopes to boost market share is by recruiting seasoned employees. Because so many qualified people are unemployed, Aegis has been able to hire top-notch managers.

About 75% of the company’s executives come from the hospitality and restaurant business, instead of the seniors housing industry, according to Clark. Many companies are failing to take advantage of the situation, he says. “A lot of talented people are looking for a good place to work.”