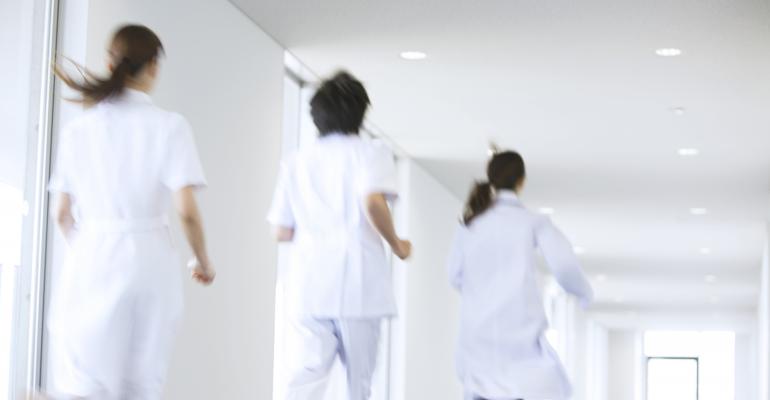 The decreases in occupancy for skilled nursing facilities have been more apparent in the last five years and have intensified in the last two, according to Bill Kaufman, senior principal with NIC.

Occupancy rates at skilled nursing facilities hit a new low of 81.8 percent in the fourth quarter of 2016, according to the most recent data from the National Investment Center for Seniors Housing & Care (NIC). The changes stem from ongoing policy changes meant to transform Medicare’s fee-for-service system to a more value-based system.

The new occupancy level represents a 0.8 percent decline from 82.6 percent in the third quarter of 2016, as well the largest recent decline on a year-over-year basis. The decreases have been more apparent in the last five years and have intensified in the last two, according to Bill Kaufman, senior principal with NIC.

“It has really been a reflection of all the government initiatives around the country, specifically the move to value-based repayment system for Medicare,” Kaufman says. “That has really been a driver of the occupancy challenges.”

According to the NIC’s data, there has been an acceleration in patient days funded through Medicaid and managed care programs as opposed to Medicare. Services funded through Medicaid were a primary source of patient days, representing about 66.2 percent of the total, up 1.3 percent over the fourth quarter of 2015. The share of patient days funded by Medicare reached 12.9 percent, its lowest point, in the fourth quarter of 2016, according to NIC.

The previous fee-for-service model created issues in the delivery of care that the Medicare Payment Advisory Commission (MedPAC) hopes to resolve through the payment restructuring process. For instance, care providers end up getting incentives to treat certain types of patients over others. The fee-for-service model also resulted in wide geographically-based variations in program spending. In addition, the costs of treating patients did not always match up with payments, according to MedPAC’s “Report to the Congress: Medicare Payment Policy.” The report was released on March 15, the same day as the NIC’s occupancy update.

Pilot programs designed to replace the old reimbursement-based system have launched around the country in recent years and are built on bundled payments structures, such as the Managed Medicare and Medicare Advantage Plan. Yet not all of those programs have been fully implemented, leaving them vulnerable to drastic changes under the new presidential administration. Medical care and seniors care industry professionals fear damaging rollbacks to nationwide attempts to rationalize Medicare payment systems.

“Value-based payments in some way, shape or form will be around, because of budgetary constraints,” Kaufman says.

Until the question of the payments system is resolved in a workable way, the seniors housing industry will have to withstand ongoing transitional pains, according to industry sources. Provider networks are narrowing. Hospital systems that might have offered patients 20 options for skilled nursing facilities where they could continue to receive care will now offer perhaps eight facilities, Kaufman notes. Patients are also facing shorter stays in some cases.

It is difficult to extrapolate what effect an 81.8 percent occupancy level could have across the board on seniors housing and care properties, he adds. Business model vary widely among operators, depending on the mixture of payments. There is no single occupancy level breaking point in the profession.

In the short term, however, it is clear that the effects of Medicare reimbursement, as well as increasing interest rates, could have affected operations at companies that run skilled care facilities, including REITs that specialize in skilled nursing properties.

The share of managed care payments on CCP’s properties moderated in the quarter, Lewis said, and he seemed encouraged that bundled payments would roll out more deliberately under the new presidential administration.

Ongoing occupancy challenges could continue consolidation in a highly fragmented industry, industry professionals suggest. In the 2016 earnings presentation, Lewis pointed out that the appetite for skilled nursing facilities is ebbing among many traditional lenders and larger REITs. Consolidation is happening largely among local operators, he notes.

“As a consequence, our pipeline is larger than at any time in the last 18 months,” according to the transcript. “Not only are there abundant opportunities in skilled nursing, but we are looking at transactions in other complimentary structures as well.”

Although the industry is seeing declining occupancy, mixed operating results and consolidation now, industry professionals anticipate that demographic changes will results in a surge of demand for long-term-care services over the next 10 to 15 years.