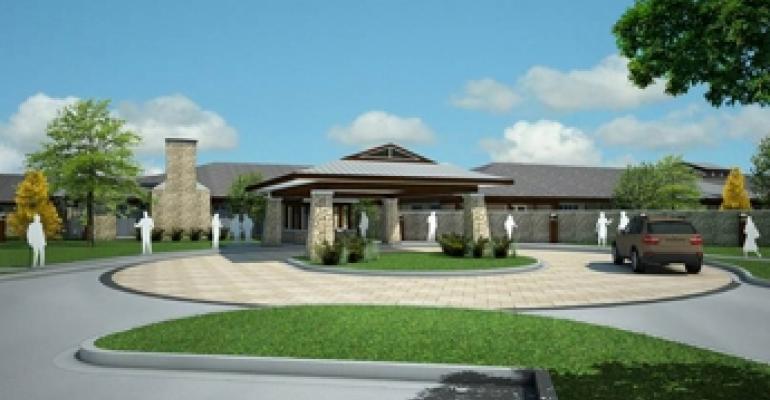 Prevarian Ramps Up Development of Assisted Living Projects in Texas

A relative newcomer to the seniors housing industry, Prevarian Senior Living is already on an expansion roll. The Dallas-based company recently began construction of an assisted living and memory care facility in suburban Austin, Texas.

The company also is expanding an existing facility in Odessa, Texas. Prevarian plans three new developments a year, plus acquisitions.

Since the large health care REITs have dominated the purchase of big seniors housing portfolios lately, Crutcher says the company’s strategy is to target secondary markets that have a population of 100,000 or more and are growing.

Prevarian also seeks to partner with local seniors housing or health care companies. “It’s important to have a good operating partner,” says Crutcher. “We look for partners that have a connection to the community where they operate.”

In the Austin area, Prevarian has partnered with Trisun Healthcare, a subsidiary of Harden Healthcare, which manages skilled nursing, rehab and assisted living buildings throughout Texas.

The building is located across from Trisun’s Park Valley Inn Health Center, which offers nursing care.

The 90,000 sq. ft. Wyoming Springs facility currently under construction will feature 102 assisted living units, 32 of which will be for those persons who need memory care.

Amenities will include a country store, neighborhood bistros, courtyards, a salon and spa, exercise room and playground for grandchildren.

Apartments will consist of small and large suites, and one- and two-bedroom apartments. Unit amenities will include stainless steel refrigerators and microwaves, walk-in closets and emergency call systems.

The building is slated to open in March 2012. Trisun will operate the building. Rents have not been set yet.

Texas Capital Bank of Dallas provided the construction loan for the $15 million project. Crutcher expects returns for investors of a little more than 20%.

Crutcher plans to create a full-service seniors housing company through acquisition and development. “We plan to sell our buildings at some point, but there will be no quick turnaround.”

The assisted living building includes 30 units for seniors in need of memory care. The $25 million expansion also will feature a new dining area, a salon and spa, exercise center, library, and computer room.Wi-Fi will be available in the new buildings.

The expansion of Parks Methodist Retirement Village is scheduled to be complete in July 2012.

Prevarian has a number of other acquisitions in the pipeline, according to Crutcher. “There’s a fair amount of product on the market,” he notes.

The bidding is fierce for high-quality buildings in big markets, he adds. Prevarian is seeking other opportunities in Texas, as well as throughout the Southeast and Southwest.

For now, the company is focused on assisted living and is looking at the possibility of investing in nursing homes. “Independent living buildings are not a priority now,” says Crutcher.

Seniors who move to independent apartments typically have to sell a house first, points out Crutcher. “That sector has been hit hard because of the residential housing downturn.”